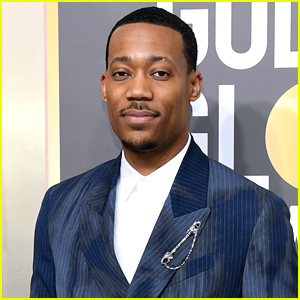 Tyler James Williams has been in a big battle behind the screens.

The 30-year-old actor just won a Golden Globe for Best Supporting Performance by an Actor in a Television Series for his role in ABC’s comedy series Abbott Elementary.

Tyler has opened up about living with Crohn’s disease, a type of inflammatory bowel disease that affects the lining of the digestive tract.

In his early 20s, he had been desperately trying to gain weight and add muscle in order to land roles. “I was really pushing my body to the limit. By the time December hit, it just crashed. Everything shut down,” he told Men’s Health.

Tyler had to undergo emergency surgery in order to remove six inches of his lower intestine. After living on intravenous foods with an ostomy bag for several months, he dropped down to just 105 pounds. After going septic, he was too weak to even stand.

“I had to learn how to stop making a dramatic change happen really quickly and learn how to have a better relationship with my body,” Tyler realized. “The important thing for me, and those like me, to remember is that longevity is a big part of the game. If you can’t [stay strong] and be healthy, there really is no point.”

His health challenges have caused him to reevaluate his life and be more intentional about the roles he chooses. “When I woke up and eventually got back to [being] myself, it was like, what would make it not suck?” he asks.

Tyler now pursues “purpose-driven” roles like Abbot Elementary‘s Gregory Eddie, who “wants to be in this position of power ’cause he feels like that’s what he needs to be successful but then finds out that that’s not his life,” he says.

Abbott Elementary just scored an early season three renewal from ABC, coming off of the show’s huge night at the 2023 Golden Globes.