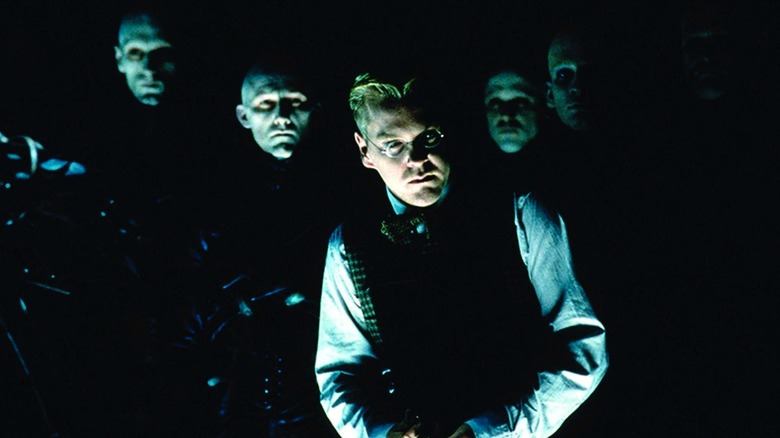 In an anachronistic city plunged in perpetual darkness, a man (Rufus Sewell) wakes up in a hotel bathtub. Suffering from amnesia, he grapples with his identity after being hounded by pale men in trenchcoats and the city police, wanted for a charge of serial murders. What appears as a stylish noir whodunit with a twist eventually reveals itself to be much more eccentric — the film’s titular dark city has been designed by an alien race to keep its human inhabitants trapped in programmed realities. No, this is not a sci-fi entry in the post-Matrix era, but a 1998 neo-noir thriller that preceded it. This is Alex Proyas’ intensely surreal “Dark City,” which still evokes delicious shocks with its inventive storyline and unique setting 25 years after its release.

Although “Dark City” garnered glowing reviews from critics at the time of its release, the film barely managed to break even, making it a box-office disappointment. Before long, Proyas’ film achieved cult status, wherein several aspects were considered groundbreaking for shaping the sci-fi genre near the end of the millennium. Proyas, who had achieved critical acclaim with “The Crow,” partly blamed the film’s performance on studio interference, as the final product was far removed from his original vision. Ten years later, Proyas was able to release a Director’s Cut, which infinitely improved the final narrative impact and overall pacing. However, this version still wasn’t completely authentic to Proyas’ initial idea for “Dark City,” as it was too late to salvage what he had originally planned for the film.

Proyas weighed in on this battle of the cuts and explained why his intended version of “Dark City” is impossible to watch, as it simply does not exist anymore.

Closest To An Artist’s Vision, But Not Quite 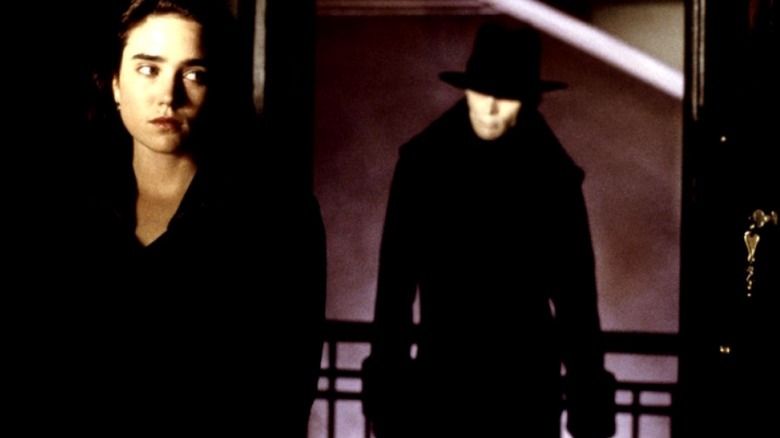 Proyas originally conceived “Dark City” as a noir-addled detective story where the protagonist is driven insane in pursuit of the truth. Although this idea mutated into a story about human perseverance and the ugly, unbearable nature of reality, remnants of the original concept still haunt the film. There is something unspeakably Kafkaesque about the way John Murdoch navigates the maze of his identity and comes to terms with his ability to “tune” reality to his liking. Grounded by a gritty criminal investigation perceived through the eyes of the accused, “Dark City” alternates between realist and absurdist motifs, which greatly heightens the experience.

In a conversation with Joe Lynch, Proyas talked at length about his Director’s Cut of “Dark City,” and how “impossible” it was to produce a cut that was completely faithful to his “original conception.” He said:

“You know, it tested very poorly and I was forced to do certain things I didn’t agree with and we made good to a certain extent in the director’s cut. Because you couldn’t completely resalvage it. […] Often it’s just impossible. In those days we shot on neg and the negs being cut. And it’s been cut in a certain way and it’s very, very hard to go right back to what you originally designed. So you do like a hodgepodge version of it. Certainly, it’s closer to my original conception than the theatrical cut was, but it is still not exactly what my original conception was. You would have to go right back to dailies to do something like that.”

While it is unfortunate that a raw, unfiltered cut of “Dark City” doesn’t exist, there are plenty of reasons to appreciate the two available versions that each have something distinct to offer.

Dark City Is Mind-Bending, No Matter Which Cut You Watch 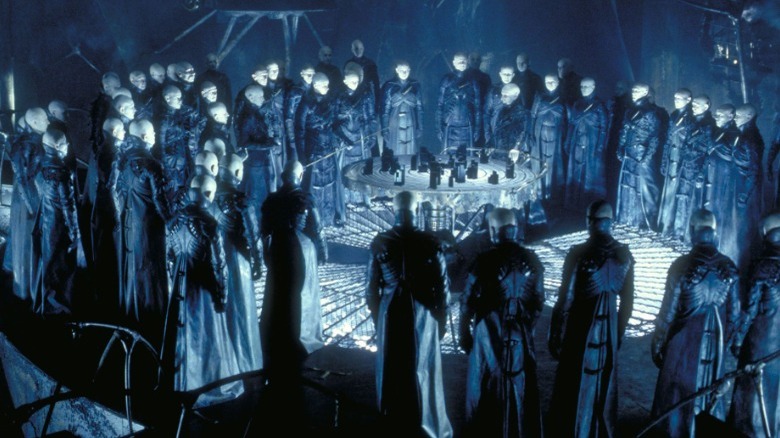 The clearest difference between the theatrical cut and the director’s cut is the opening sequence. The theatrical version unfortunately suffers from the “Blade Runner” treatment, wherein it opens with a voiceover narration that demystifies the innate intrigue of the central plot. In the theatrical cut, the enigmatic Doctor Schreiber (Kiefer Sutherland) lays out a mind-bending reveal that is gestated perfectly in the Director’s Cut, robbing the film of some of its thrills. However, this clunky exposition barely scratches the surface of the labyrinthine mysteries that grip the titular city — despite being provided with key context, audiences will still enjoy filling in the gaps in an elusive, otherworldly phenomenon.

Proyas’ re-released version has a few visual tweaks in it: nothing too overt, except a few special effects adjustments here and there. Apart from this, extended scenes allow us to better understand the film’s dark, twisted world, which feels strangely reflective of our own despite its many eccentricities. Proyas uses his cut to further explore the value of human memory and its slippery/elusive nature. Intuition, which is considered a useless appendage in a scientifically-advanced world, becomes key to unlocking Murdoch’s memories and his latent powers.

Both versions highlight the eeriness of The Strangers, the alien hive-mind race who seek to experiment on humankind for their own purposes. Although The Strangers boast preternatural intelligence, they underestimate the power of the human subconscious. Nostalgia comes in waves with the utopia of Shell Beach, which seems like heaven on earth due to the presence of sunlight and water. These vital life sources are as much an anathema to the aliens as they are nourishing to humans, which emerges as the key to reaching the cathartic core of “Dark City.”

Read this next: The Most Controversial Scenes In Sci-Fi Movies