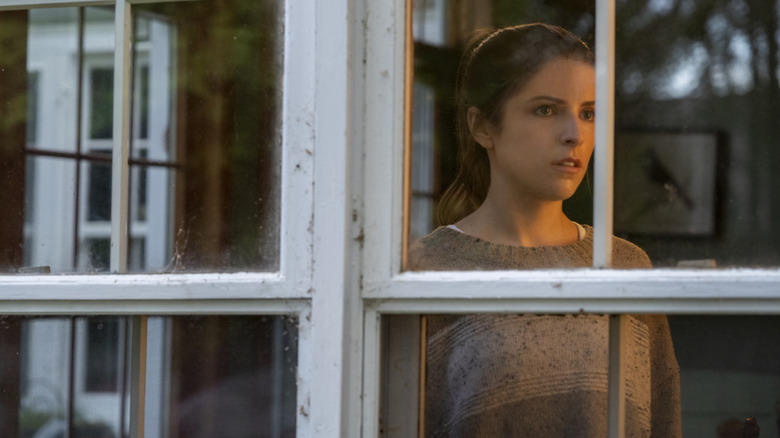 Emotional and verbal abuse can often be silent evils — affecting people, maybe even some that we love, in stealth and threatening their emotional well-being and daily functionality in ways we can’t even begin to understand. Mary Nighy’s directorial debut “Alice Darling” takes us into the life of someone affected by this insidious demand for power at all costs, and it does so through the intricacies of the life pulled apart by incessant abuse. The little habits, the things one remembers to do, the things they don’t. How do all of those things keep the peace in your relationship?

The film stars Anna Kendrick, whose ease at slipping into more quiet dramatic roles is an asset to the story because it hinges so much on the little things. “Alice Darling” doesn’t pull punches when it comes to non-physical abuse, and a marriage of solid direction, writing, and performance gives it the boost it needed to transcend above what could’ve been an overall less impactful film.

“Alice Darling” centers on Kendrick’s Alice, a bright and bubbly young woman in what seems to be an idyllic relationship with her boyfriend, Simon (Charlie Carrick). After she falsifies her whereabouts in order to go on a girl’s trip with her best friends for a birthday, Alice begins to crack as the stakes of her relationship continue to heighten, even from afar, over the course of a week.

Building The Anxiety Up 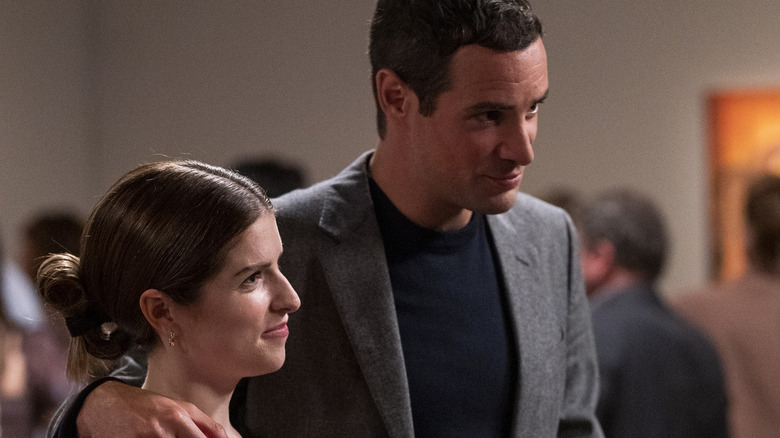 Building in the minutiae necessary for this deep-seated trauma to unfold believably over the course of nearly two hours is no easy feat — but it’s a necessary one. “Alice Darling” makes it a point to use those moments as its backbone, effectively propping the movie’s emotional core up through these glimpses. The film is shot delicately, as if to mimic Alice’s fragile state, and pushes focus to the irregularities of her life, to all of the coping mechanisms she has adopted in order to simply exist in this relationship with Simon, with both lingering and quick shots designed to disorient. Mike McLaughlin’s cinematography effectively immerses the viewer in Alice’s state of mind, which allows us to sink deeper down the rabbit hole alongside her as her perceived danger grows around her.

To that end, Kendrick plays a terrified abuse victim drowning in contradictions and what-ifs well. You feel her panic and unease, her desperation to be seen in exactly the right light at all times. The audience can’t help but feel that this existence is exhausting and damn near impossible to keep up, which is in large part a testament to Kendrick’s performance but also screenwriter Alanna Francis’ script. The film is in some part about cracking, and how you and your support system handle that, and Kendrick’s performance clearly serves to center that concept. 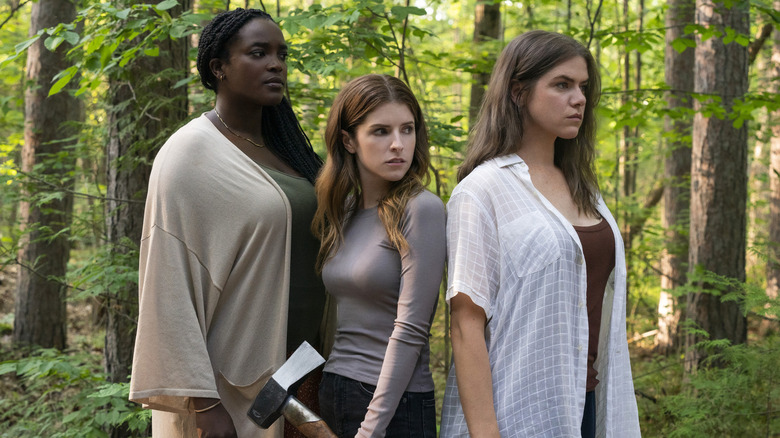 Her boyfriend, on the other hand, could be scarier. His threats could be weightier. He has the makings of someone terrifying, but he mostly seems like a dude with a nasty fuse. Though sometimes it benefits to have the audience imagine the lengths he would go, Carrick’s performance could’ve used another push toward scarier territory to further impart to the viewer the kind of physical danger Alice was in with him. In a way, his not being as violent as we picture is a commentary in and of itself — one that might claim that monsters loom larger in our minds than they do in real life — and it doesn’t change the fact that abuse, no matter the size, is horrible. But from a thematic standpoint, this would have tipped this film more firmly into thriller territory, which was honestly expected considering the movie’s trailer.

Alice’s friends — Tess, played by Kaniehtiio Horn, and Sophie, played by Wunmi Mosaku — toe the line nicely. One minute, they’re brushing Alice off and bickering with her like they’ve known each other since they were kids, the next they are fiercely defending her and physically putting their bodies between her and her abuser. The best thing about these two contemplative roles is that they aren’t some perfect amalgamation of what best friends should be. Both in the writing and in Horn and Mosaku’s portrayals, these characters are emotionally complex, which only furthers their conflicted behavior toward Alice. It’s an important starting point that emotionally and physically isolates Alice, giving her paranoia a perfect pot to boil over in. When they start to put the pieces together around her bizarre behavior, the developing puzzle gives way to a protective instinct in them, and it’s great to see how these characters shed the petty drama as soon as the stakes heighten.

Hitting Your Breaking Point And Blowing Past It 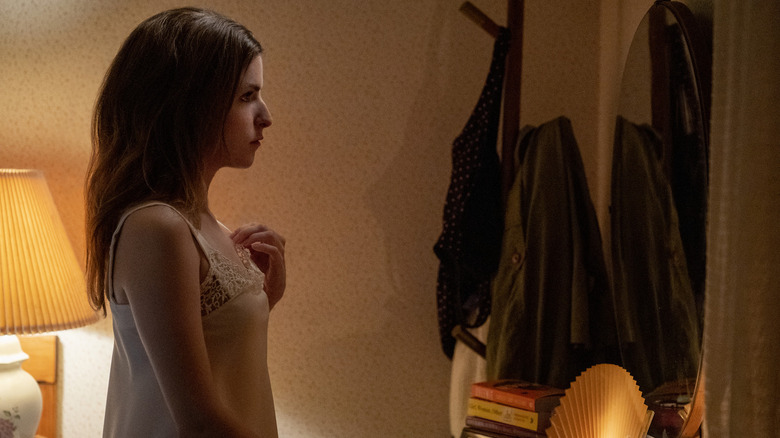 As much as it is about hitting your breaking point, “Alice Darling” is also about how abuse functions within us and how we keep on while living within its fortress walls. It’s about the isolation we feel in the games abuse forces us to play, and how only when things feel irreparable and terrifying do we admit that the stressors we are subject to in this suffocated reality are unsustainable. The strength we find to push through to the other side comes in many forms, considering how many different experiences there are, but it can be aided by the support of our friends and loved ones as well as anywhere.

“Alice Darling” is ultimately a story of hope and liberation, but it doesn’t shy away from the fact that sometimes you can’t get there on your own. Support systems are important, which is why abusers try to isolate you from them, as Simon does in this film. But when people who love you are on your side, you can overcome more than you’d think. “Alice Darling” successfully lays bare the realities emotional and verbal abuse has on victims, while also highlighting how the smallest shows of support can be exactly what victims need to change their circumstances.