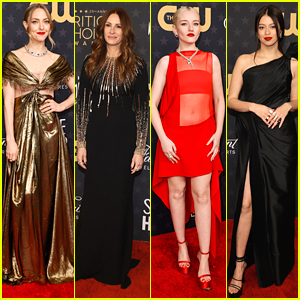 Amanda Seyfried dazzles in a brushed gold gown at the 2023 Critics Choice Awards held at the Fairmont Century Plaza Hotel on Sunday (January 15) in Los Angeles.

The 37-year-old actress picked up the Best Actress in a Limited Series or Movie Made for Television award at the show, for her role as Elizabeth Holmes in Hulu’s The Dropout.

Chelsea Handler is hosting the show this year, which is airing live on The CW right now!