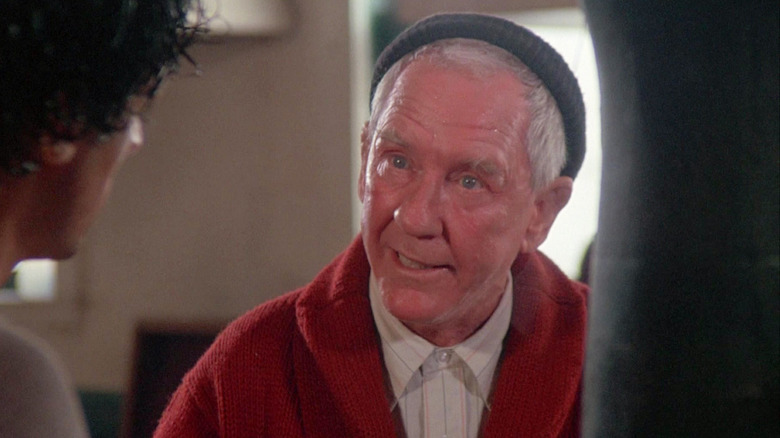 The first three “Rocky” films saw Burgess Meredith turn the role of Rocky’s trainer, Mickey, from a simple supporting player into one of the franchise’s most beloved characters. A gruff manager who pushed Rocky (Sylvester Stallone) beyond his failures and limitations, Mickey was both pivotal to our favorite pugilist protagonist’s successes and remains arguably the best trainer/coach we’ve ever seen onscreen. With memorable lines like “You’re gonna eat lightnin’ and you’re gonna crap thunder!” and “You know what you are? A tomato,” Mickey always said what he meant with the type of streetwise pizazz that only Burgess Meredith could land so well.

Even in the casting process, Meredith’s understanding of the Mickey character and his quips was so strong that he won the role in a way that might surprise franchise fans. Speaking to Philadelphia Magazine for its oral history about the making of “Rocky” (in honor of the movie’s 40-year anniversary in 2016), director John G. Avildsen revealed that it was one particular perfectly-in-character moment of improvisation that ultimately landed Burgess the role, and led to him making cinematic history.

An Improvised Line That Became A Classic Mickey Barb 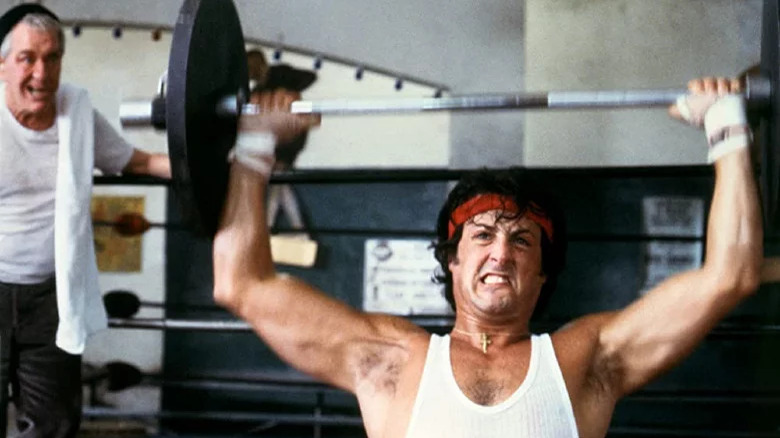 During Burgess Meredith’s audition, he read for the scene where Rocky discovers he’s lost his locker at the gym and moves to confront Mickey about it. At this point in the film, Rock isn’t A Contender, and despite winning some (admittedly low-level) fights and being at that gym for six years, Mickey has his things bagged up and has given the locker to a fighter who is, in his professional opinion, more promising.

After originally performing the scene as written, Meredith elected to jazz things up a bit. John G. Avildsen explained:

“We tried it a couple of times, and then I said, ‘Let’s just improvise it and put the script down.’ So [Burgess Meredith] and Sylvester [Stallone] went through the scene again, and when Rocky is supposed to turn and walk away, Burgess said, ‘Rock, you ever think about retiring?’ Sylvester never wrote that, but that’s exactly what the guy would say.”

The original “Rocky” script draft is exceptional, despite being written in a mere three days. The film was nominated for a slew of Academy Awards including Best Original Screenplay, and it won for Best Picture, Best Director, and Best Film Editing. Even still, Meredith’s note-perfect line was such a perfect fit for the Mickey character it not only landed him the part, but it also made it into the actual movie. For all its successes, however, the line did fail where it mattered most … Mickey didn’t convince Rocky to quit, and the duo went on to fuel a classic rags-to-riches sports franchise.

Read this next: Butkus To Punchy: Ranking All 8 ‘Rocky’ Movies From Worst To Best