Anna Kendrick isn’t letting anything stay up in the air when it comes to her personal life.

The Oscar-nominated actress and star of “Alice, Darling,” which she also executive produces, has been quite transparent about her emotional connection with the new drama, which spotlights a psychologically abusive romantic relationship. Kendrick plays the titular Alice, who untangles herself from toxic partner Simon (Charlie Carrick) while on a weekend trip away with her friends (Kaniehtiio Horn and Wunmi Mosaku). Mary Nighy (“Industry”) makes her directorial debut with the feature, which premiered at the 2022 Toronto International Film Festival before hitting theaters this week.

Kendrick started the “Alice, Darling” press tour by detailing her own experience with emotional and psychological abuse by a former partner. The “Up in the Air” and “Pitch Perfect” alum credited “Alice, Darling” for helping her “normalize” the experience and act as a therapeutic way to process her grief and recovery. Yet filming the fictional “Alice, Darling” was very different than reliving her own past.

So, how did Kendrick balance playing Alice and talking about playing Alice, while also maintaining some separation for her own emotional sanity?

“I’m really grateful for that question,” Kendrick told IndieWire during a recent interview. “You are the first person to ask me that about doing press. People have asked me, ‘Was it challenging to shoot the movie?’ and I guess that question makes sense. But I’m actually finding that the press is the thing that has been a little trickier to navigate, making sure that I’m OK and feeling safe in my body.”

She reflected on one particular experience discussing “Alice, Darling” on record. “There was a thing early on where I was doing like a junket-style day for ‘Alice, Darling’ where it’s like six minutes per person and you kind of run through like 30 interviews really quickly, and I went home and was in the shower and was like, ‘Why do I feel so shitty right now?,’” Kendrick said. “And I sort of told everyone, ‘I don’t think I can do another thing like that.’” 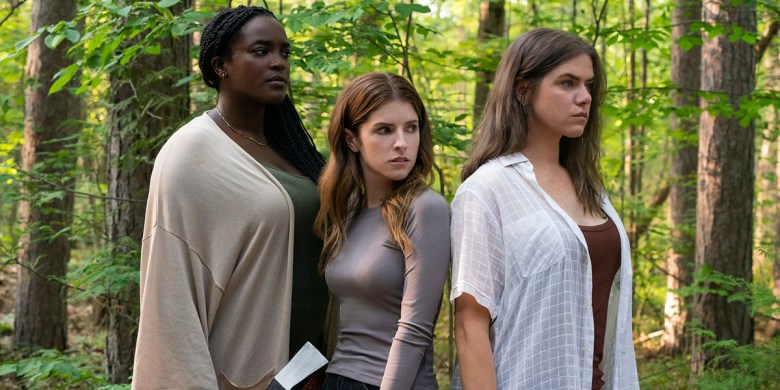 Kendrick continued, “I totally get it’s no journalist’s job to show up for me in the same headspace that I’m in, but I’m trying really hard to go into these conversations really open and it feels kind of strange to be talking to somebody who clearly just has a million things to do that day. … I was like, ‘Oh, I need to draw a boundary there. I can’t really be talking about this in that style of conversation.’”

The star, who is soon making her own directorial debut with an upcoming true crime film based on the infamous “Dating Game” murder, explained the difference between being on set for “Alice, Darling” and promoting the film in the real world as part of her own way of coping.

“I think that the difference is that on set, I felt really OK because I felt so safe and so surrounded by people who had a really intimate understanding of this type of relationship, and the experience of going through it,” she said. “And I think that being believed and feeling seen and being cared for is all we can really ask for when we are in a bad space, and I had that in spades when we were on set.”

Kendrick noted that she “kind of didn’t mean to” bring up her personal connection to the film while doing press. “The first interview where I talked about it, it was just sort of happening and as it was happening, I was going like, ‘What are you doing? This is a 10-minute phoner, it’s not even really about this. What are you saying?’” Kendrick recalled. “In my personal life, I was not keeping it a secret, because keeping it a secret was compounding the shame so badly …  [and] that carried over into the very first interview that I did about it.”

She added, “It’s not like I thought I was going to sit on it forever, or never mention that I felt a personal connection to the film, but it just sort of happened. I guess, like every really terrifying thing, the world didn’t swallow me whole when that happened. I didn’t just catch on fire. I’m kind of glad the Band-Aid got ripped off.”

Kendrick has previously mentioned “The Assistant” and “Swallow” as inspirations for taking on a darker role like in “Alice, Darling.” Just don’t count this as an “Anna Kendrick does indie dramas” pivot for her decades-long career. 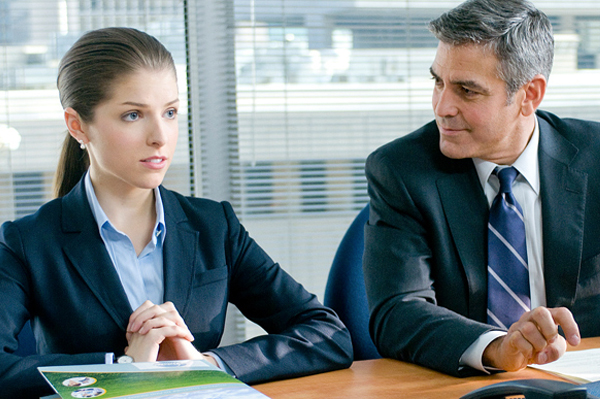 Anna Kendrick and George Clooney in “Up in the Air”

“It’s not like I’m trying to enter some era, like this is the type of film I want to do from here on out. I think this was something that was really valuable to me, to take off all of the armor that I built as a performer and all of the things that I’m known for, even sort of professionally, like the reputation I have as a specific kind of coworker,” Kendrick said. “Like, ‘This is the kind of coworker you’re going to get if you hire this person.’ Just sort of stripping all that off and saying, ‘I’m really just going to try hard and focus on the performance I want to give,’ and that was valuable for me at a time where I was really tempted to just hide everything.”

“Alice, Darling” was instead a “very intentional stepping out of my comfort zone, not only because I related to the material, but because I knew that it would have value for me to tolerate the discomfort of doing something that I don’t already know that I can do.”

But, does Kendrick feel like she had to make a statement against being typecast for playing the slightly neurotic, upbeat and adorable character she became famous for? “Somebody said something to me right after ‘Up in the Air’ came out that was like, ‘Everything you’re about to get offered is going to be the exact performance you just gave.’ Because for an industry that’s supposedly so creative, people have very short memories and they want to take the easy route a lot,” Kendrick said. “So you’ll basically be offered a bunch of things that are exactly the same thing you just did, and then you’ll finally do something different and you’ll just get offered that thing.”

That advice proved prescient. “And that person was like, ‘I happen to know that happens to everyone, including Meryl Streep, so it has nothing to do with you. It’s just that people only think about the last thing they remember you from, and it’s going to be an uphill battle your whole career,’” she said. “I really think it was a gift to hear that at the beginning of my career because I just sort of expected that and I don’t take it very personally. I just go, ‘Oh, this is going to be the thing I’m swimming against my whole career, even a decade from now.’” 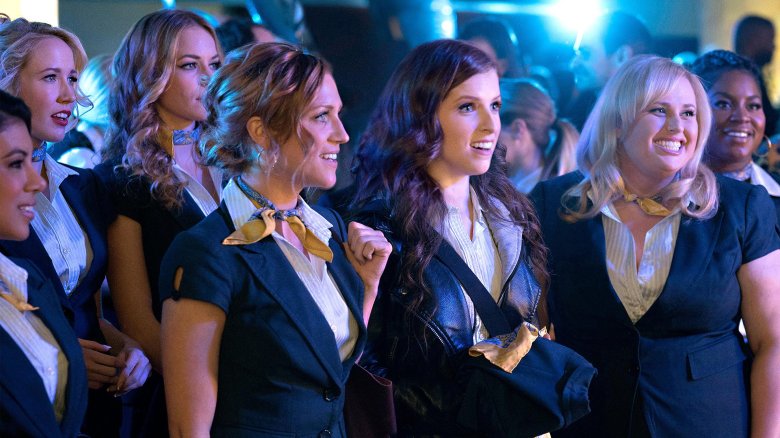 And Kendrick’s next turn will not only be as a performer, but also a director. Kendrick is helming (and producing and starring in) the true-crime saga of “The Dating Game” killer Rodney Alcala. Kendrick is set to play Cheryl Bradshaw, the contestant who chose serial killer Alcala on the popular dating game show in 1978. (Alcala had served three years in prison for assaulting two underage girls prior to murdering five women under the guise of photographing them for The Los Angeles Times, where he worked.)

Ian MacAllister McDonald penned the script for the yet-untitled feature that stars Kendrick, Tony Hale, Kathryn Gallagher, and Max Lloyd-Jones. “We wrapped principal photography in September 2022 and I’m so obsessed with the cast,” Kendrick said. “I obviously don’t want to say that much. We don’t even have a real title! But I know that everybody that was involved was extremely talented and I’m over the moon about it. I had the time of my life.”

Lionsgate will release “Alice, Darling” in theaters on Friday, January 20.