Apple announces the new Apple TV 4K, which offers countless entertainment options for everyone to enjoy on the largest screen in the house. The new Apple TV 4K is powered by the A15 Bionic chip, which provides faster performance and more fluid gameplay. Users can watch their favorite movies and TV shows in the highest quality across more TVs thanks to Apple TV 4K’s support for HDR10+, which joins Dolby Vision. 1 The Apple TV 4K makes it easier for customers to find and enjoy their favorite content by running tvOS, the robust and user-friendly operating system designed for the living room. The living area is magically transformed for the entire family and serves as a hub for smart homes thanks to its connection with other Apple products and services. With a new starting price of $129, customers may get the new Apple TV 4K with Siri Remote right away. It will be available starting on Friday, November 4. Two configurations of the new Apple TV 4K are available: Apple TV 4K (Wi-Fi), which has 64GB of storage, and Apple TV 4K (Wi-Fi + Ethernet), which supports Gigabit Ethernet for quick networking and streaming, the Thread mesh networking protocol to connect even more smart home accessories, and twice as much storage for apps and games (128GB).

“Apple TV 4K is the ultimate way for Apple users to enjoy their favorite entertainment on the biggest screen in the home, and now it is more powerful than ever,” said Bob Borchers, Apple’s vice president of Worldwide Product Marketing. “The new Apple TV 4K is unlike anything else out there, given its seamless connection to other Apple devices, ease of use, and access to amazing Apple content. It offers something for everyone in the family to love.”

The biggest screen in the house will now have access to the greatest video and audio quality thanks to Apple TV 4K. The new Apple TV 4K’s A15 Bionic chip makes it even more powerful and resource-conserving. More responsiveness, quicker navigation, and snappier UI animations are now possible thanks to up to 50% faster CPU performance than the previous generation. For even smoother gameplay, GPU performance is now up to 30% faster than the previous generation. In addition to Dolby Vision, Apple TV 4K now supports HDR10+, extending rich visual quality to more TVs and delivering the stunning details and vivid colors envisioned by content creators. Dolby Atmos, Dolby Digital 7.1, or Dolby Digital 5.1 surround sound for immersive audio are additional options for users to enjoy a home theater experience. On the Apple TV app, customers can access award-winning series and films on Apple TV+, as well as over 100,000 movies and series to buy or rent, and direct premium subscriptions to well-known streaming services. With the Siri Remote, users enjoy a touch-enabled clickpad that offers speed, fluidity, and precise control to easily navigate the simple, elegant user interface of Apple TV.

The setup process for Apple TV 4K with an iPhone is simplified, and you can easily operate it whenever you want with the Apple TV Remote in Control Center. With Apple TV 4K, Apple’s hardware, software, and services are deeply integrated to deliver an unrivaled experience that delivers the best of the Apple ecosystem right into your living space. With tvOS 16, new features will be added to the Apple TV experience, including improvements to Siri that will make it even simpler for users to engage with the results and manage Apple TV with their voice. With a completely redesigned Siri for Apple TV, users will be able to easily access their movies, shows, music, games, and apps and resume where they left off. Siri will also be able to know each user’s voice. Users can receive personalized recommendations by utilizing the Siri Remote and asking, “What should I watch?” Saying “Hey Siri” while wearing AirPods allows users to search for information and operate Apple TV without having to use their hands.

In addition to Denmark, Luxembourg, and Singapore later this year, Siri support on Apple TV has now been extended to Chile, Finland, and South Africa, increasing the total number of countries and regions where Siri is available to 30. Each member of the family can enjoy their images together on the large screen with iCloud Shared Photo Library on Apple TV. By integrating personalized experiences between their iPhone and Apple Watch apps with Apple TV, developers will be able to take advantage of the 4K Apple TV’s cross-device connectivity. By beginning a FaceTime call on an iPhone or iPad and viewing a TV show or movie on Apple TV, users may continue to use SharePlay and stay in sync, guaranteeing that everyone sees a movie’s climactic reveal or a show’s punchline at the same time. Anyone participating in the SharePlay session can play, pause, or jump ahead using the shared playback controls, including the Siri Remote.In its role as a home hub, Apple TV 4K securely connects to HomeKit-compatible smart home accessories, such as cameras, lighting, and blinds, among others. This enables users to build settings and manage their smart home while they are away and makes sure that accessories can operate automatically.

Apple TV 4K is also a crucial component of Matter, a new smart home networking standard that enables a wide range of accessories to function harmoniously across platforms and contributes to realizing the potential of a smart home. Users of Apple TV can see a HomeKit camera while controlling adjacent accessories, such as turning on the outdoor lights, or displaying many cameras at once for a more comprehensive look. In order to recognize people, animals, cars, and package delivery, HomeKit Secure Video analyzes video in secret using the on-device intelligence of Apple TV 4K. Apple TV 4K (Wi-Fi + Ethernet) links suitable Thread-based smart home accessories reliably and securely with the help of Thread networking compatibility.

With roughly 30% less power consumption than the previous generation while delivering more potent performance, the new Apple TV 4K is made with an eye toward reducing its environmental effect. A15 Bionic’s efficiency improvements make an internal fan unnecessary, allowing for a more compact design and a 25% reduction in carbon footprint compared to the previous generation.
In a first for Apple TV, the plating of several printed circuit boards with Apple TV 4K’s 100% recycled gold and 100% recycled tin solder both use recycled materials. While the exterior of the Siri Remote is built entirely of recycled aluminum, the thermal module only uses 80% of it. Apple is getting closer to achieving its goal of fully eliminating plastic from all packaging by 2025 thanks to redesigned packaging that does away with the outer plastic wrap and contains more than 90% fiber. Mercury, BFRs, PVC, and beryllium are all absent from the Apple TV 4K lineup. Apple already operates carbon-neutrally on a global scale, and by 2030, the company aims to achieve complete carbon neutrality throughout the whole manufacturing supply chain and the entire product life cycle. This means that every Apple item sold will have a net-zero climate effect, from component manufacturing to assembly to transit to customer use to recycling to material recovery. 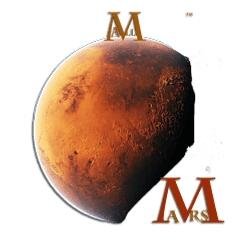