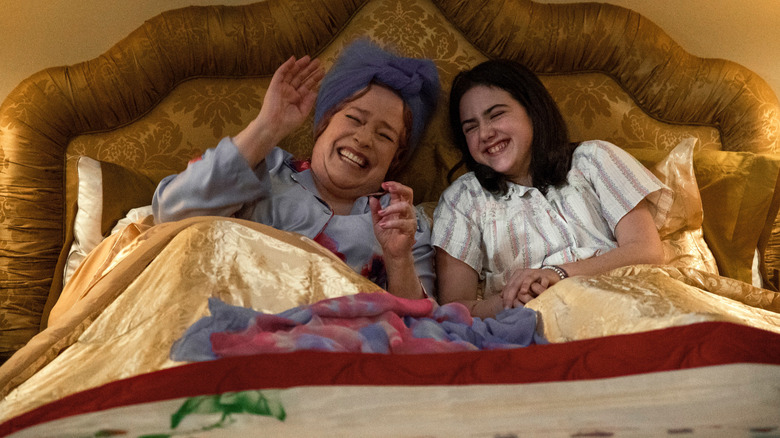 Kelly Fremon Craig’s “The Edge of Seventeen” is one of the best teen dramedies of the 21st century, full stop. Anchored by Hailee Steinfeld, who’s as spectacular as ever, Craig’s 2016 directorial debut is also perhaps the most uncomfortably honest film to shine a light on modern teen life this side of Bo Burnham’s “Eighth Grade.” Yet, even with its cringe-inducing humor and all-too-believable awkward scenarios, “Edge of Seventeen” is practically radical in the empathy it shows for the plight of adolescents and what it’s like to become a young adult, no matter who you are.

In other words, it’s hard to imagine a filmmaker being better suited to bring Judy Blume’s seminal 1970 middle-grade book “Are You There God? It’s Me, Margaret” to the big screen than Craig … which is why it’s nice to know that we don’t have to. With Craig’s movie adaptation of Blume’s novel headed our way in 2023, let’s take a moment to run through everything we know about the movie so far, and why you should absolutely keep it on your radar.

When And Where To Watch Are You There God? It’s Me, Margaret 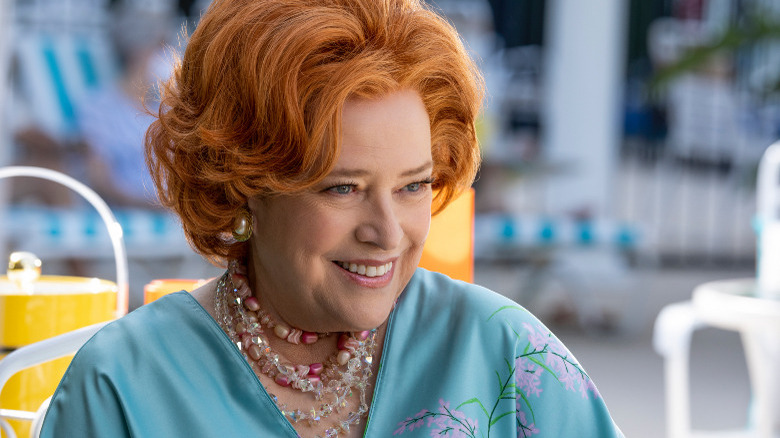 “Are You There God? It’s Me, Margaret” is being distributed by Lionsgate, a studio that took a big hit in 2022 by releasing “Moonfall,” which wound up becoming one of the most costly box office bombs in quite some time. On the other hand, Lionsgate also released the low-budget hit “Fall” over the same 12-month period and has quietly evolved into a home for the type of mid-budget theatrical releases that might have otherwise gone directly to streaming, like “The Unbearable Weight of Massive Talent.” By the same token, that makes it a fine place for a film like “Margaret” to hang its hat, giving it a chance to play in theaters before it heads to the home market.

“Marget” is scheduled to open on the big screen on April 28, 2023, just a week before “Guardians of the Galaxy Vol. 3” arrives to kick this year’s summer (well, “summer”) blockbuster season into gear. Odds are, most people will probably wind up catching “Margaret” at home (not trying to be a downer, just keeping it real), but it’s still nice to know the option will be there for those for want to watch it in theaters.

What Is Are You There God? It’s Me, Margaret About? 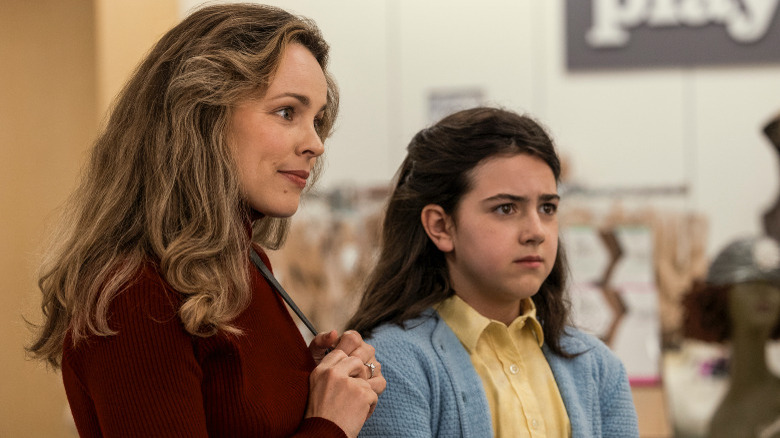 Per its official synopsis, “Are You There God? It’s Me, Margaret” follows 11-year-old Margaret as she’s “uprooted from her life in New York City for the suburbs of New Jersey, going through the messy and tumultuous throes of puberty with new friends in a new school.” Speaking to Entertainment Weekly, Kelly Fremon Craig reiterated that her film will retain the 1970s setting of Judy Blume’s source material rather than re-imagine its story in the present day. Judging by the first-look footage shown at CinemaCon 2022, however, Craig’s adaptation is thankfully anything but nostalgic for the past. As she told EW:

“While certain details have changed over the years, the experience of growing up is really universal. It’s the same across the decades. There’s something about an 11-year-old or 12-year-old girl today, watching a girl in 1970 go through the exact same experience that she’s going through today. It feels so comforting to know that you’re part of a long lineage. It takes that ‘you’re not alone’ feeling and multiplies it exponentially. Because everyone every year before you has gone through this, and [they will] every year after.”

It was Craig’s commitment to being honest about teen life in “The Edge of Seventeen” that helped convince Blume to hand over the “Margaret” rights after resisting calls from Hollywood for 50 years. The author’s concerns that her novel’s authenticity would be watered-down for the big screen are all the more understandable, given how frequently conservative organizations and parents have tried banning it from school libraries over the years. “It’s amazing to me that something that half the population goes through — growing breasts, having your period — could be censored,” Craig added. “It’s absolutely insanity. I still can’t wrap my brain around it.”

What We Know About The Are You There God? It’s Me, Margaret Cast And Crew 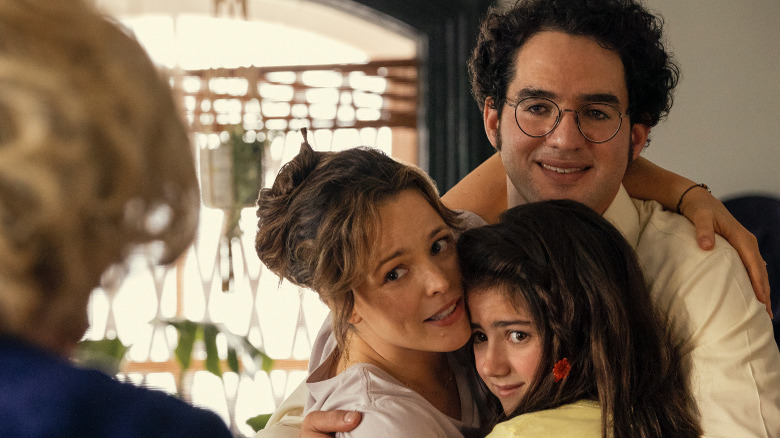 Kelly Fremon Craig is directing “Are You There God? It’s Me, Margaret” from her adapted script based on Judy Blume’s novel, with James L. Brooks (who also backed “The Edge of Seventeen”) among the film’s producers. Abby Ryder Fortson, who played young Cassie Lang in the first two “Ant-Man” movies, stars as Margaret Simon opposite Rachel McAdams as her mother Barbara, Kathy Bates as her paternal grandmother Sylvia, and Benny Safdie as her father Herb.

While “Margaret” boasts a fantastic cast across the board, Safdie’s casting as Herb is of particular note, and not just because he’s one half of the directing duo behind acclaimed, heart attack-inducing movies like “Good Time” and “Uncut Gems.” As in Blume’s book, Barbara is Christian and Herb is Jewish, which gave Safdie the chance to tackle one of his most personal roles to date. “I am a father, I am Jewish, I am a husband,” he noted to Entertainment Weekly. “These are things that I do every day, and I don’t ever really get to put that out there. Nobody ever looked at me in that way.”

Sadly, the disturbing rise in antisemitism in the U.S. in 2022 has only made Craig’s film and Blume’s novel all the more timely, as both see Margaret dealing with her maternal grandparents’ prejudice against her father and his relatives. Indeed, faith in general is as much a core theme of the story as adolescence. “There’s something about these two things that you would never think would go together — a girl who’s praying for boobs and then asking, ‘Does God exist? And do I believe it? And what do I believe?'” said Craig. “She’s asking life’s biggest questions inside this coming-of-age journey.”

Are You There God? It’s Me, Margaret Trailer And Synopsis

For over fifty years, Judy Blume’s classic and groundbreaking novel “Are You There God? It’s Me, Margaret” has impacted generations with its timeless coming of age story, insightful humor, and candid exploration of life’s biggest questions. In Lionsgate’s big-screen adaptation, 11-year-old Margaret (Abby Ryder Fortson) is uprooted from her life in New York City for the suburbs of New Jersey, going through the messy and tumultuous throes of puberty with new friends in a new school. She relies on her mother, Barbara (Rachel McAdams), who is also struggling to adjust to life outside the big city, and her adoring grandmother, Sylvia (Kathy Bates), who isn’t happy they moved away and likes to remind them every chance she gets.

Read this next: The 14 Greatest Biopics Of The 21st Century

The post Are You There God? It’s Me, Margaret: Everything We Know So Far About the Judy Blume Adaptation appeared first on /Film.