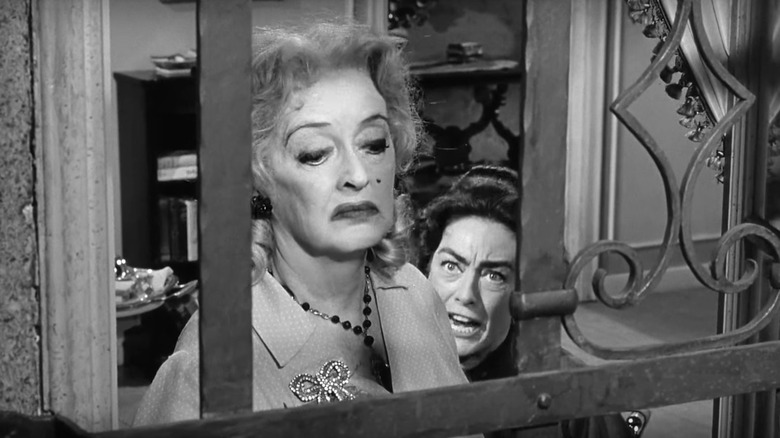 “The best time I ever had with Joan Crawford was when I pushed her down the stairs in ‘What Ever Happened to Baby Jane?'” Bette Davis said this about her co-star in the classic 1962 film, and it’s hardly the worst words spoken by either of these women — who were rumored to be something of rivals. As detailed in Ryan Murphy’s excellent “Feud: Bette and Joan,” in which both Jessica Lange and Susan Sarandon gave unforgettable turns as Crawford and Davis, respectively, the actresses were reportedly as antagonistic towards each other offscreen as their characters, sisters Blanche and Baby Jane Hudson, were in the movie.

Based on the 1960 Henry Farrell novel of the same name, “What Ever Happened to Baby Jane?” centers on the twisted relationship between the siblings, and things only grow more fraught as the film progresses. Jane (Davis) was once a child star happily basking in the spotlight, at least until she was upstaged when her older sister Blanche (Crawford) developed an acting career of her own. However, Blanche’s career is cut short after a mysterious accident leaves her in a wheelchair, with no one but Jane to care for her. Jane is more of an oppressor than a caretaker, but nothing is as it seems in this dark and dreary home the sisters share.

“What Ever Happened to Baby Jane?” is a movie I absolutely love. It’s utterly captivating from start to finish. Believe it or not, the greatest obstacle standing in the way of the film being made wasn’t the long-running feud between its two stars. It was the bankability, or supposed lack thereof, of those legendary leading ladies. 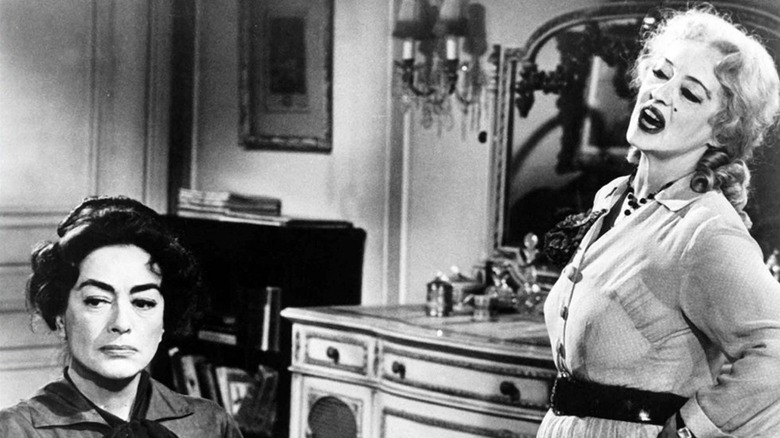 In Bette Davis’ memoir “This ‘N That,” the actress detailed the experience of getting “What Ever Happened to Baby Jane?” from page to screen. She explained that financing the film was the seemingly unsolvable issue that director Robert Aldrich initially had. Davis said:

“By this time the bankers had taken over the motion picture business. Four major companies declined even to read the script. Everywhere Aldrich turned, he ran into roadblocks. In 1962, Joan and I were not considered box-office. We were not bankable. ‘Recast it,’ Aldrich was told, ‘get some box-office names, and we’ll give you whatever you want. But we won’t give you a dime for those ‘two old broads.'”

“Even Warner Bros., my studio for years, turned him down –- a decision that lost them a fortune. Nearly a year later, after the picture had recovered its costs in one weekend, I was a guest on the Tonight Show. A sympathetic Jack Paar listened to my account of how Aldrich had struggled to raise the money. The studio audience howled when I repeated, with undisguised glee, how the moguls would not invest in those ‘two old broads.’ In due time, I received a letter from Joan, telling me never to refer to her as an old broad again.”

‘What Actresses Would Not Have Killed For The Chance To Play Such Parts?’ 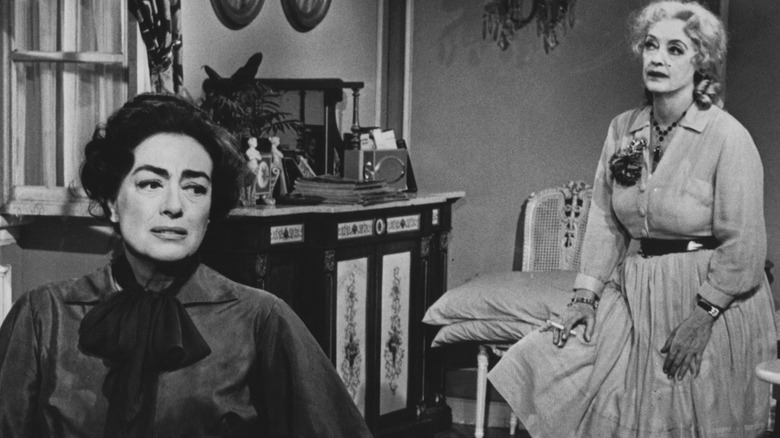 This was obviously not the end of the line for “What Ever Happened to Baby Jane?” According to Davis in her memoir, the project was saved by Eliot Hyman, head of Seven Arts Productions. She said:

“After reading the script, he told Aldrich he thought it would make a fabulous movie, and it should be done with Davis and Crawford and that he would finance it.

The film would be shot in one month and previewed within two. The budget was under a million dollars –- small by any standards. Before 1960 there were no thirty-million-dollar films. Then came a new and absolutely stupid age of megabucks, in which stars received salaries that once would have financed the costliest epic. I find it outrageous that any actor should receive a million dollars or more for a few days’ work.

Joan and I agreed to accept salaries of $50,000, far below our usual standards, plus a percentage of the profits. The film was a roaring success, so we did very well financially. Money aside, what actresses would not have killed for the chance to play such parts?”

“What Ever Happened to Baby Jane?” is an undeniably great story, but it’s the phenomenal performances from Davis and Crawford that cement this movie as a classic. The sisters’ deranged relationship is absolutely impossible to look away from, and it’s interesting to think how the actress’ real-life contempt for one another may have fueled that. These roles were meaty to be sure, but it’s impossible to imagine any other actresses of the time bringing Baby Jane and Blanche to life the way that Crawford and Davis did.

Getting The Last Laugh 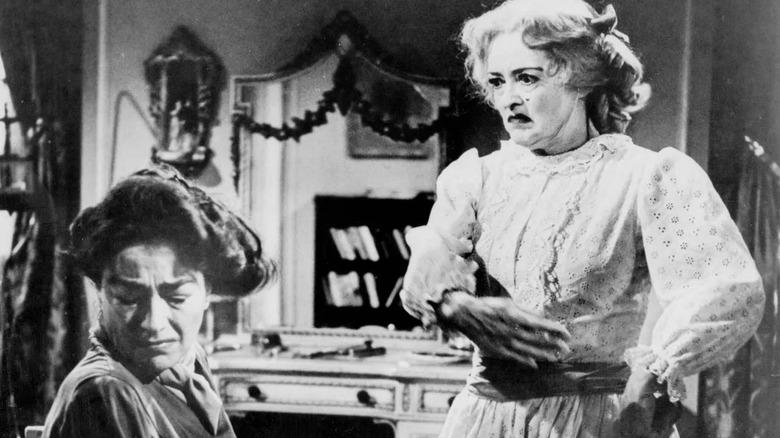 Davis and Crawford were in their 50s when “What Ever Happened to Baby Jane?” was filmed, so the fact that two of Hollywood’s biggest stars were no longer considered bankable at that point is certainly disappointing, though not surprising. The truth is, this is an issue that continues to run rampant through an industry that still prizes youth and beauty above all else, particularly as far as women are concerned. Sure, much has improved since the ’60s, but it’s still not too often that we see projects being built around women of a certain age. Though reviews were mixed in ’62, time has been kind to “What Ever Happened to Baby Jane?” with the movie now a celebrated moment in the filmographies of both actresses. Plus, it was a box office hit at the time, ultimately giving these “two old broads” the last laugh.

Crawford and Davis were absolute titans, larger-than-life figures who will never be forgotten. While “What Ever Happened to Baby Jane?” was a late-career highlight, there are also films such as “Mildred Pierce,” “Johnny Guitar,” “Of Human Bondage,” and “All About Eve,” just to name a few standouts from their extensive resumes. Even as I write this, their feud is on my mind, and I’m trying to alternate whose name comes first and make sure each of them is featured in every photo I use so as not to upset either one from beyond the grave. In real life, Davis and Crawford may have felt like one of them was constantly trying to upstage the other, but in this movie, they were standing firmly on equal ground.

Read this next: The 20 Best ’60s Horror Movies Ranked

The post Bette Davis And Joan Crawford Weren’t Considered ‘Bankable’ Enough For What Ever Happened To Baby Jane appeared first on /Film.