“Purpose is a moving target,” Dr. Rose Casper (Marin Ireland) flatly declares towards the end of Laura Moss’ “birth/rebirth.” The Bronx pathologist is talking about her goals for the six-year-old girl she’s just Frankensteined back from the dead in the bedroom of her Co-op City apartment, and yet by that point in this thoughtful but wildly miscalculated Mary Shelley riff it’s already been well-established that Rose is also talking about her own unique sense of womanhood.

A maternity nurse at the same hospital, Celi (Judy Reyes) is Rose’s opposite in every way. She’s warm, she’s friendly, and she’s so enamored by the notion of motherhood that she once went through IVF without a partner. Now she works long hours away from her six-year-old daughter Lila (A.J. Lister) just so that she can help bring more babies into the world. Or so that she can bring them back into the world, as becomes her driving obsession after Lila dies from bacterial meningitis… only to disappear from the morgue after Rose discovers that the girl is a perfect match for her cellular rejuvenation serum.

Celi and Rose are intriguing foils for each other, but “birth/rebirth” is beyond saving from the first act moment when Celi finds her zombified daughter strapped to Rose’s bed, and immediately appears more interested in how that discovery might affect the plot than she does in processing the whirlwind of emotions that would overcome a grieving single parent who just discovered that her dead child is somewhat alive. (Reyes is a raw and compelling screen presence, but not even an actress of her talents can sell the truth of such a clumsy pivot.)

A horror movie — even one as grounded and genre-adjacent as this — can’t hope to survive if it doesn’t even feel believable on its own fantastical terms. Without that foundation in place, the exasperating final hour of “birth/rebirth” essentially amounts to watching someone build a tower of clever ideas on a schmear of wet cement (and the strength of Ariel Marx’s excellent, glassy, Fever Ray-esque score). 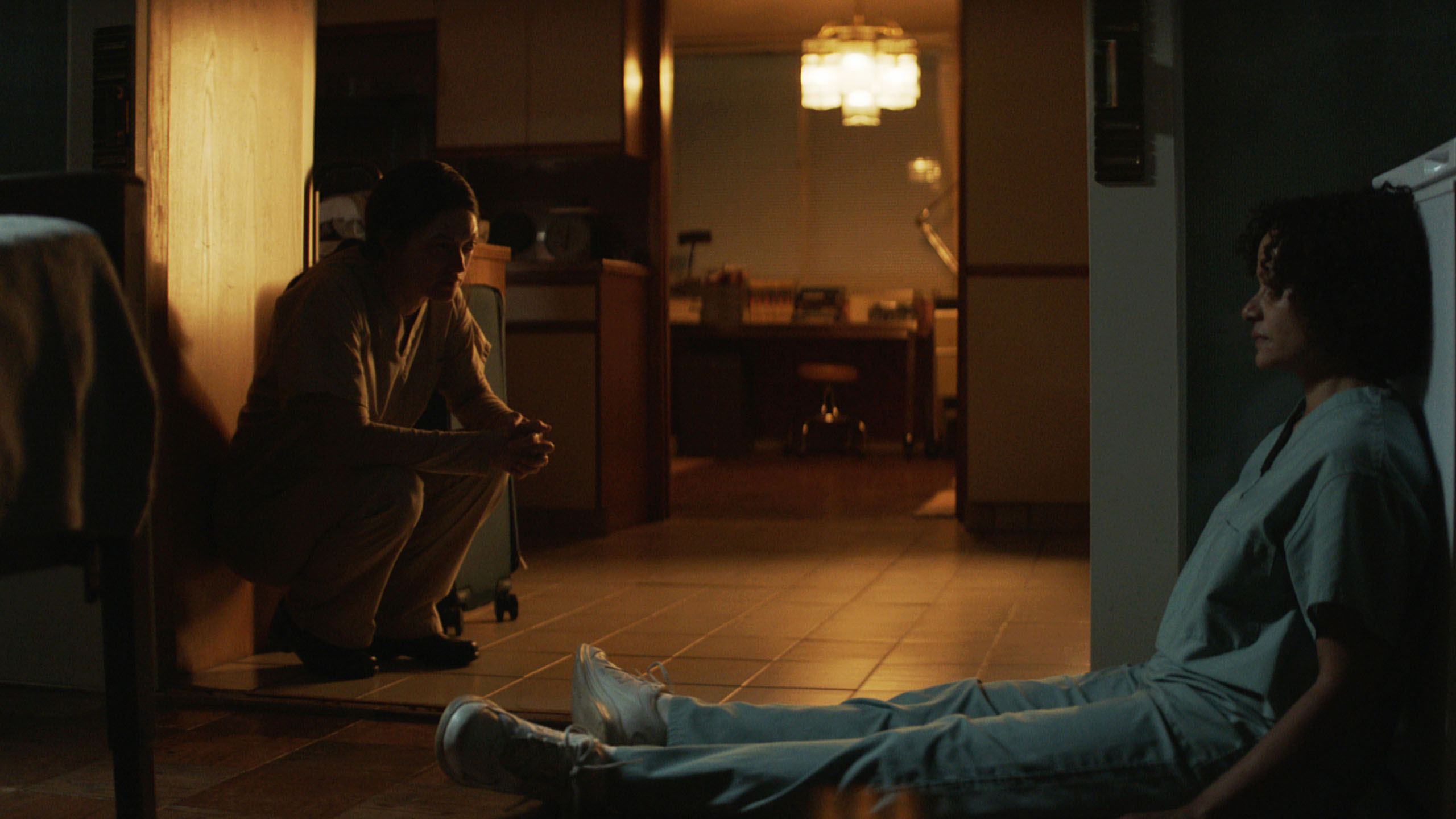 The cleverest of those ideas — at least in theory — might be that Moss and their co-writer Brendan J. O’Brien’ seize upon Shelley’s personal history of miscarriages in order to reconceive the “Frankenstein” story from a more explicitly feminine perspective and focus on its sublimated undertones of frustrated motherhood. But if it goes without saying that “Frankenstein” may have been a very different book had Shelley written it in a more liberated age, “birth/rebirth” convincingly argues that its 19th century inspiration may have been ill-served by recasting Victor Frankenstein’s grief as that of a parent as opposed to that of a son or a lover.

Of course, we’re not living in a particularly liberated age ourselves, and it’s hard not to appreciate the stick-in-the-eye boldness of a film like this when even the most “twisted” horror films tend to avoid touching any of society’s third rails. Leveraging the pain of a child’s death into a cautionary tale about the perils of conflating motherhood and womanhood is the kind of bad taste premise that can make fucked up genre movies feel so good, and “birth/rebirth” mines its best material from how Celi’s demented obsession with being a mom comes at the expense of her own self-identity. (Rose is meant to have an inverted trajectory, but her character arc is almost non-existent.)

The problem is that Moss’ decidedly un-heightened approach — which reeks of early Cronenberg, but misses the detail and commitment that allows those films to sink into your skin — depends upon the same emotional reality that “birth/rebirth” sacrifices in order to screw its story together. Without conveying the weight of Celi’s grief, the movie feels as if it’s punishing her for it, and without buying into Rose’s pseudo-science (which is long on well-researched medical jargon and skin-crawling experiments jargon but pitifully short on imagination), it’s hard to believe that Celi would be inspired to do awful things at the direct expense of other mothers.

Her “monster” lacks the same credibility; through no fault of the young actress who plays her, Lila is as dull as Frankensteinian creatures get. She spends most of the film groaning in bed with red splotches all over her body, only for Moss to brush over the inevitable scene in which the reanimated little girl does something that should make her mom reconsider the benefits of mad science. It’s typical of a movie that’s pointedly light on tension and entirely absent of scares, as if it were afraid to suggest that anything could be more frightening than the psycho-social allure of motherhood itself. Incidentally, the strongest element in the film is how Celi and Rose begin to co-parent Lila’s reheated corpse as if she were a newborn, complete with nanny cams and alternating care shifts.

But no one underwhelms their potential more than the mad scientist herself. Despite stemming from the seed of a fascinating character, Rose is never given the chance to flower. The un-emotive nature of Ireland’s performance implies an Asperger’s diagnosis that slightly troubles Rose’s position as Celi’s foil, as if Autism Spectrum Disorders were incompatible with the desire for children or the ability to raise them. I don’t think anyone involved in “birth/rebirth” actually believes that — I’d imagine that Rose was written this way because her medical brilliance and inflexible logic free her from subscribing to patriarchal notions of female identity — but the character is far too simple and static for her genius to encourage more generous readings, and the film around her never figures out how to meaningfully develop her story (it confuses shoving her into the background as some kind of moral awakening).

By the time “birth/rebirth” arrives at its whimper of a finale, few of the film’s ideas have been allowed to develop beyond their most embryonic stage. “Dignity and motherhood don’t always line up,” someone quips, as if anybody who’s ever been a mother — or even a partner to one — couldn’t already tell you that for free. The more resonant takeaway here is that we ought to recognize more dignity in eschewing motherhood altogether. A valuable message, to be sure, but one this sloppy debut struggles to bring to full term.

“birth/rebirth” premiered at the 2023 Sundance Film Festival. IFC Films will release it later this year.