Carol Vorderman has spoken candidly about her “special friends” and her dating life.

In a no-holds-barred interview, the 62-year-old has teased she enjoys a “freer” way of dating.

“It’s your choice if you have a boyfriend or you don’t,” Carol explains to The Sun‘s Fabulous magazine.

Carol vented her frustrations at women having to adhere to a certain standard of wanting to find ‘the one’.

She continued that she enjoys a series of no-string attached relationships with multiple men.

“I might have a boyfriend who only lasts a few months,” Carol explains. “I call them ‘special friends’. People may have other terms for them.”

She chose to scrimp on the more salacious details, but she teased one of her flings had been ongoing for 11 years.

Another regular partners of hers lives in the States.

Is Carol in a relationship?

But Carol is very specific about what sort of person she has her eye out for, and asserts that she only looks for single men as she doesn’t want to cause heartbreak and upset.

Carol adds: “I’m happy living my life that way. The people involved are also very happy about it. That’s between us, it’s nothing at all to do with anybody else.”

Carol has previously been married twice before. She first married at the age of 24, to a Royal Navy officer, but the marriage only lasted a year.

The former Countdown presenter then married management consultant Patrick King, in 1990. The pair, who share two children together, separated in 2000.

Carol has been particularly sex-positive in more recent weeks.

During a recent appearance on Michelle Visage’s podcast, Rule Breakers, Carol made a couple of confessions about her love life.

Revealing she was seeing five men, she emphatically added that she was not in a relationship.

She added that she was “in a happy place” – and that everyone involved is single.

Read more: This Morning: Carol Vorderman stuns fans with appearance as she addresses her behaviour 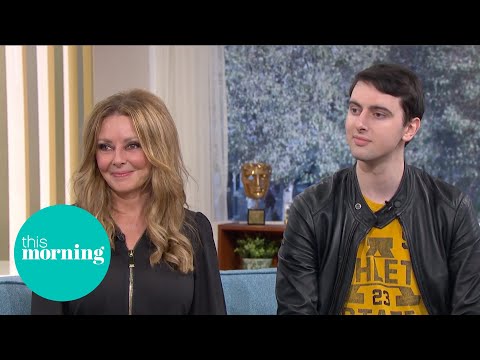