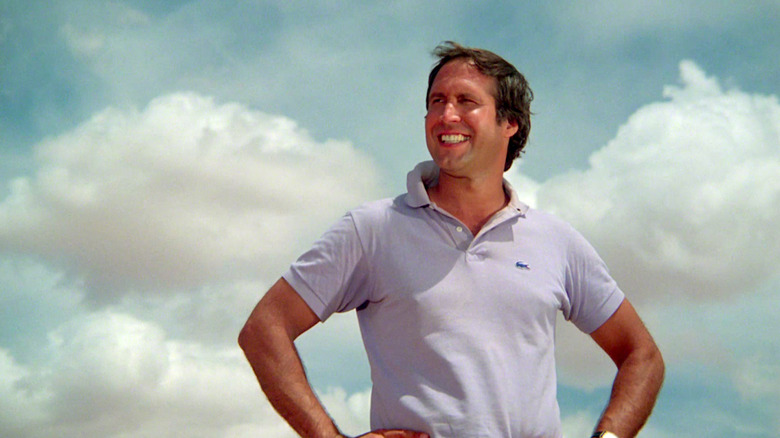 Recently, a Raising Cane’s restaurant in Morton Grove, Illinois welcomed the Chevy Chase to its fine establishment in order to film a new commercial for the company. The commercial is supposed to be a spoof of a scene in what is perhaps Chase’s most famous film, “National Lampoon’s Christmas Vacation,” in which Chase’s character, Clark Griswold, accidentally blinds his neighbors with his over-the-top, manic display of holiday Christmas lights. Fans of the “Vacation” franchise will recall that the movie is supposed to take place in Chicago, hence the decision to host Chase at a suburban chicken joint just west of the major city.

Photos of the event suggest that fun was had by all who attended, making it pretty clear that Chase’s claim to fame is partially tied up with his portrayal of the well-meaning but blundering Clark Griswold. But before he made Hollywood holiday history, Chase was known for a very different breed of comedy, honing his comedic skills as part of the cast of “Saturday Night Live.” In fact, the actor was hesitant to take on the role of Clark in the “Vacation” films, certain that doing so would mark the beginning of the end of his career. 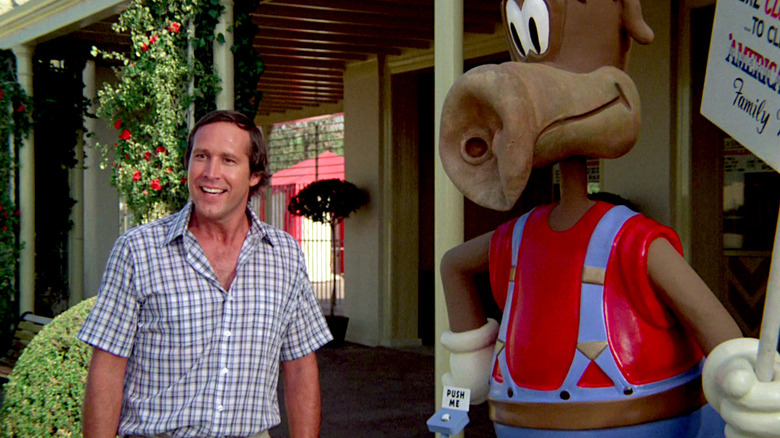 Before Chevy Chase starred in the 1983 film, “National Lampoon’s Vacation,” he was known for other, far more polished roles. Aside from his work on “SNL,” Chase’s most famous role up to that point was arguably that of Ty Webb in Harold Ramis’ 1980 film “Caddyshack” about gophers and the idiosyncrasies of golf. When Ramis wanted to cast him in “Vacation,” Chase had reservations about what the role might do to his image.

In Nick de Semlyen’s book, “Wild and Crazy Guys: How the Comedy Mavericks of the 80s Changed Hollywood Forever,” de Semlyen explains Chase’s hesitation about becoming the head of the Griswold household. “For the first time Chase would be playing someone more silly than slick,” de Semlyen writes. Clark Griswold was, by all accounts, a well-meaning, dweeby husband which was in stark contrast to the “cool-witted lotharios” Chase was used to portraying. “I knew my career was going completely downhill in comparison to the effect I had in New York City with ‘Saturday Night Live'” said Chase in de Semlyen’s book. “To the critical world I had gone to the lowest form of family comedies.”

Thankfully though, “Vacation” was well received, and Chase’s image wasn’t tarnished. Instead, he became one of comedy’s most successful actors with the “Vacation” franchise’s most famous film still a few years away from getting made. While Chase may have been initially hesitant to take on the role of do-gooder Clark Griswold, in the end, the role even ended up having a positive effect on the actor. De Semlyen states how “the cast and crew saw a new Chase,” during the weeks spent filming, with the actor taking a break from his cocaine habit proving that his decision to star in “Vacation” was absolutely the right idea, thank you very much.

Read this next: The 15 Best ’90s Comedies Ranked

The post Chevy Chase Was Hesitant To Play A Character Like Vacation’s Clark Griswold appeared first on /Film.