The storks are coming in fast! The celebrity babies of 2023 include Chrissy Teigen and John Legend, Kelly Osbourne and other stars.

The celebrity babies of 2023 come in after a year of famous births in 2022—the year of the “nepo baby”, as declared by Vulture. Stars like Michelle Williams and husband Thomas Kail, Joe Jonas and Sophie Turner, and Kansas City Chiefs quarterback Patrick Mahomes and wife Brittany Matthews grew their families even more. At the same time, celebs like Rihanna and A$AP Rocky, Rebel Wilson and her girlfriend Ramona Agruma, and Post Malone became parents for the first time.

Nick Cannon continued to populate the earth with his 12th child—his fifth with Alyssa Scott, who is one of six baby mommas. After telling Entertainment Tonight that he’s not opposed to growing his clan even more, needless to say, we should probably expect more Nick Cannon offspring in 2023. “Think about it, you can’t be like, ‘No I’m done.’ Like what if God says, ‘No you not’,” he said. “I come from a big family, I have several siblings, being raised in an unorthodox family by my grandparents at times, I’ve experienced such a wide range of upbringing that I have such a love and passion for kids and family. I want a big family too,” he shared. “The Lord has blessed me with what I asked but ask and you shall receive.”

So, who are the celebrity babies of 2023? Read on for all the stars, actors, sports stars and singers who have given birth and welcomed kids so far this year. Two years after suffering a devastating pregnancy loss, Chrissy Teigen and John Legend welcomed their third child. The “All of Me” singer made the happy announcement on Friday, January 13, 2023, to fans at a private concert. “What a blessed day,” he said, according to people tweeting from the event. The singer added that while he “didn’t get a lot of sleep” he “feels energized” after spending “a lot of time” at the hospital, per People.

“They both really wanted to add another baby to the family. It’s been a long road,” a source close to the couple told People. “Chrissy and the baby are doing well.” In October 2020, Teigen and Legend announced they’d suffered a devastating pregnancy loss. “We are shocked and in the kind of deep pain you only hear about, the kind of pain we’ve never felt before. We were never able to stop the bleeding and give our baby the fluids he needed, despite bags and bags of blood transfusions. It just wasn’t enough,” Teigen wrote in a lengthy and emotional Instagram post. She continued: “We never decide on our babies’ names until the last possible moment after they’re born, just before we leave the hospital, but we, for some reason, had started to call this little guy in my belly Jack. So he will always be Jack to us. Jack worked so hard to be a part of our little family, and he will be, forever.” 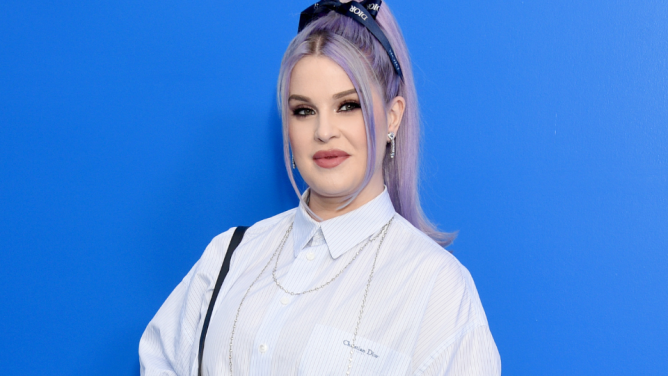 Kelly Osbourne, daughter of metal icon Ozzy Osbourne, secretly welcomed her first child with her boyfriend, Sid Wilson. Her mother, Sharon, confirmed the news on January 3, 2023, during an appearance on the British chat show, The Talk. She also revealed the little boy’s name is Sidney, presumably named after his father. “So great, so great. She won’t let a picture go out of him, and I’m so proud of her,” Sharon shared of Kelly’s experience as a new mom.

Kelly announced she was pregnant in May 2022 stating: “I know that I have been very quiet these past few months so I thought I would share with you all as to why,” she wrote. “I am over the moon to announce that I am going to be a Mumma. To say that I am happy does not quite cut it. I am ecstatic!

Our mission at STYLECASTER is to bring style to the people, and we only feature products we think you’ll love as much as we do. Please note that if you purchase something by clicking on a link within this story, we may receive a small commission from the sale.