In Coronation Street last night (Monday January 16, 2023), Esther found out the truth about Mike’s secret son, Callum, after Todd revealed all at the hospital.

Esther then threw Mike under the bus and told Summer’s three dads about how Mike had locked her in the nursery.

But, now, a new Coronation Street fan theory suggests that Esther may murder Mike in a dark act of revenge.

Esther found out the truth about Mike’s son

She rang for an ambulance and went to the hospital with Mike.

When they gave Summer’s details to the paramedics, Mike and Esther gave Summer a false name – Davina Latte – and pretended that she was an orphan.

Aggie, however, overheard their conversation and rang Billy, Todd, Paul and Aaron.

At the hospital, Summer’s family confronted the couple about what had happened.

Mike lied through his teeth but Todd didn’t believe him.

He then revealed to Esther that Mike has a secret son, Callum, after having an affair with Ava.

Mike then made out that he protected her from the truth as it would break her if she knew.

Esther then told Summer’s boyfriend and three dads that Mike had locked Summer in the nursery, before leaving the hospital in tears.

Some Corrie fans haven’t been afraid to share their thoughts that Esther could be violent.

Now, a new Coronation Street fan theory suggests that Esther may murder Mike to get revenge on him.

One Corrie fan came up with the theory, suggesting: “Esther’s now going to murder Mike!”

When Esther found out the truth, Mike told her to calm down before she got hysterical.

Does he know what Esther’s capable of when she gets angry?

Coronation Street spoilers for this week suggest that Esther may not get the chance to murder Mike even if she wanted to.

Following Mike out of the hospital, Paul and Todd find Mike outside of his house.

Paul shoves Mike, making him hit his head on a step.

Will Paul be the one to kill Mike?

Or, could Esther perhaps finish him off afterwards?

Read more: Who is in the cast of Coronation Street 2023? Meet the full line-up 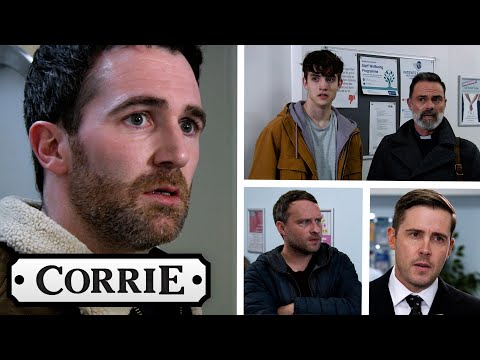 Could Esther kill Mike? Leave us a comment on our Facebook page @EntertainmentDailyFix and let us know what you think.