In Coronation Street spoilers for next week, Carla embarrasses Stephen in front of an old business acquaintance.

Stephen then spins some lies to his old friend, leading to him being sacked from his job at Underworld.

Is Carla in danger of becoming Stephen’s next victim in Coronation Street spoilers?

Next week, Carla tells Stephen that he has to help Kirk out over in packing.

Stephen’s not best pleased with the decision, fighting against the idea.

Stephen’s old business associate, Dick Havisham, turns up at the factory to meet with Carla.

Carla tells him that Stephen is currently helping out in the packing department.

Stephen’s embarrassed, furious with Carla for making him look stupid in front of an acquaintance.

Later on, Stephen tells Dick that he’s a senior consultant at Underworld, trying to impress him and cushion the humiliating blow he suffered earlier.

Carla catches wind of this and fires Stephen for lying about his role at the factory.

Has Carla made herself into an enemy of Stephen?

Coronation Street spoilers: Stephen gets his job back

Desperate for his job back, Stephen lies to Carla, explaining that Gabrielle conned him and that he only wanted to avoid embarrassment.

Later on, Stephen tries to up the morale amongst the factory workers and tells them to remain positive until the order is complete.

He’s out to please Carla in the hope that she’ll change her mind about firing him.

She praises him and tells him that his job is safe.

As Stephen breathes a sigh of relief, can Carla sleep easy now that she’s back in Stephen’s good books?

Or, is she still in danger of becoming his next victim?

Does Carla need to watch her back?

Read more: Who is in the cast of Coronation Street 2023? Meet the full line-up 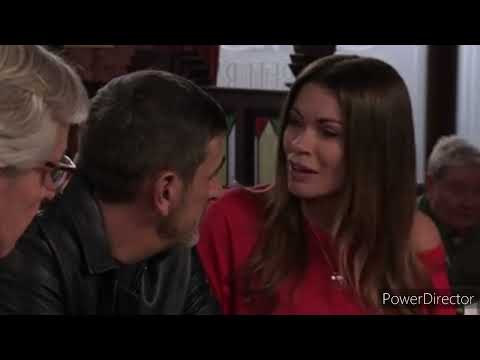 Is Carla Stephen’s next victim? Leave us a comment on our Facebook page @EntertainmentDailyFix and let us know what you think.

The post Coronation Street spoilers: Carla in danger as Stephen eyes his next victim appeared first on Entertainment Daily.