Dancing On Ice 2023 viewers all had the same complaint to make tonight as the show returned.

Holly Willoughby and Phillip Schofield returned to host a brand new series of the ITV skating show on Sunday night.

But viewers watching the launch show had a similar complaint to make on Twitter.

Some viewers were annoyed with the amount of adverts which were shown throughout the show.

The programme began at 6:30pm and finished at 8pm.

But the amount of adverts shown during the hour and a half show left viewers complaining.

One person wrote on Twitter: “I don’t usually complain about the amount of adverts during a programme but this is ridiculous.”

Another said: “Flippin ‘eck #DancingOnIce another break. Come on… Not again this year. We want to see dancing in ice NOT adverts. Get a grip.”

Someone else added on Twitter: “Way too many adverts already.”

We want to see dancing in ice NOT adverts. Get a grip.

Another ranted: “Nice to have #DancingOnIce back on but it’s [a] shame about the adverts constantly on.”

However, others were just thrilled to have the show back on their screens.

One gushed: “And we are back with Dancing On Ice. It’s January! Thank you. #dancingonice @ITV.”

Another tweeted: “One of the best things about January is BACK!!!”

One person wrote: “I’ve missed #DancingOnIce. So glad it’s back!”

“Buzzing #DancingOnIce is back,” another said. “Always a good part of a Sunday night!”

The other Dancing On Ice celebrities in the competition will skate next Sunday. 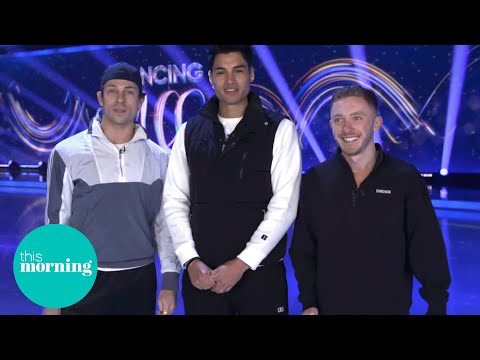 At the end of tonight’s show, the vote revealed who would be skating in the bottom two next weekend.

Phil and Holly announced that Ekin-Su would be in the skate-off.

Dancing On Ice continues next Sunday (January 22) at 6:30pm on ITV1 and ITVX.

Did you enjoy tonight’s show? Leave us a comment on our Facebook page @EntertainmentDailyFix and let us know.

The post Dancing On Ice 2023 hit by same complaint from viewers: ‘This is ridiculous’ appeared first on Entertainment Daily.