The Love Island 2022 winner made her debut on Dancing On Ice last night (January 15) with her dance partner Brendyn Hatfield.

Ekin-Su and Brendyn’s dance was even described as the show’s “sexiest routine ever” by presenter Holly Willoughby.

Taking to Twitter however, many fans expressed their desires to complain to Ofcom for her performance on the early evening family show.

One person said: “@ekinsuofficial’s outfit triggering calls to @Ofcom, I would say #DancingOnIce need to have a rethink.”

Someone needs to let Ekin know that @dancingonice is a family show.

A second wrote: “I’m calling OFCOM about Ekin-Su performance… and they are in their 20s… Not the sexual content but the lack of skating #DancingOnIce.”

Another tweeted: “Someone needs to let Ekin know that @dancingonice is a family show and the watershed is 9pm! #DancingOnIce.”

Someone else said: “#DancingOnIce what on earth was Ekin-Su doing? It wasn’t skating. Family show! And what was she wearing?”

However, some fans came Ekin-Su‘s defence.

One person said: “All those criticising Ekin-Su, she didn’t design the costume or choreograph the dance, complain to the producers, don’t call her names! #DancingOnIce.”

Another tweeted: “All the hate @ekinsuofficial is getting is absolutely disgusting! She obviously didn’t choreograph the dance or style her outfit herself. Online trolls are attacking her for something that’s completely out of her control. She looked and preformed incredibly! Well done Ekin-Su.”

And a third added: “Do the peeps complaining about @ekinsuofficial outfit realise she was literally COVERED from head to toe in a body suit? A few green eyed monsters out tonight. #DancingOnIce #ekinsu.”

Despite not scoring the lowest vote by Dancing On Ice judges, Ekin-Su and Brendyn will be taking part in the skate-off next week after ending up in the bottom after a public vote.

Read more: Dancing On Ice: Who is Ekin-Su Cülcüloğlu? Is she still with Davide? Can she sing?

Dancing On Ice continues this Sunday (January 22) from 6:30pm on ITV1 and ITVX. 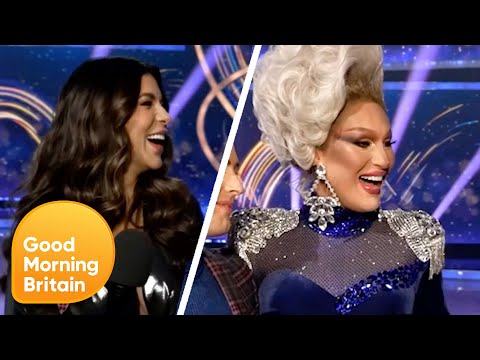