Oti Mabuse will return to Dancing On Ice tonight, but a former star has taken a swipe.

Former X Factor star Jake Quickenden, 34, won Dancing On Ice in 2018 when he was partnered with Vanessa Bauer.

Speaking ahead of the new series, Jake was asked about Strictly star Oti returning as a judge on DOI for her second year. He then responded that Oti didn’t have a skating background.

Speaking to The Sun, Jake said: “Oti is brilliant but she doesn’t have any skating background.

“I think it would be great to get Ray Quinn, who’s won it twice, or me in because you know what the contestants are going through and what makes a good performance.

Oti is brilliant but she doesn’t have any skating background.

“It would be nice to hear from someone who’s done the show to be able to say ‘that was better than what these guys are giving you credit for because I know how hard it is’. But all the judges are great, they always are. Ash [Banjo] is amazing. I’m really excited for this year.”

Dancing On Ice will be returning to screens tonight (January 15).

Apart from Oti, the judging panel will have Ashley Banjo, Jayne Torvill and Christopher Dean.

Speaking about her judging duties last year, Oti told Living North: “Oh! The final was amazing. It was so much fun to see everyone perform, and put their best foot forward. I mean, I couldn’t ask for more. It’s an incredible show and I feel absolutely blessed to be a part of it.”

Read more: Dancing On Ice: Who is Ekin-Su Cülcüloğlu? Is she still with Davide? Can she sing? 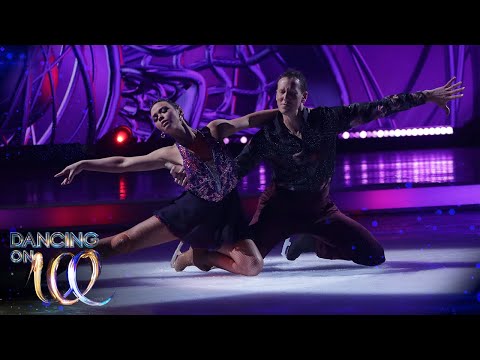 The post Dancing On Ice star takes swipe at Oti Mabuse ahead of launch appeared first on Entertainment Daily.