Rest in peace. The celebrity deaths of 2023 include Earth Wind & Fire drummer Fred White and more stars, actors and singers who have passed away this year.

The celebrity deaths of 2023 come after a year of loss in 2022, which saw the deaths of stars like singer Aaron Carter, actress Angela Lansbury, musician Meat Loaf, athlete Pelé, journalist Barbara Walters, and British royal family monarch Queen Elizabeth II. “The death of my beloved Mother, Her Majesty The Queen, is a moment of the greatest sadness for me and all members of my family,” the Queen’s son, King Charles III, announced in a statement after her death on September 8, 2022. She was 96 years old. The statement continued, “We mourn profoundly the passing of a cherished Sovereign and a much-loved Mother. I know her loss will be deeply felt throughout the country, the Realms and the Commonwealth, and by countless people around the world. During this period of mourning and change, my family and I will be comforted and sustained by our knowledge of the respect and deep affection in which The Queen was so widely held.”

Walters, a broadcast journalist and host of news programs like 20/20 and The View, died two days before the New Year on December 30, 2022. “Barbara Walters passed away peacefully in her home surrounded by loved ones,” her representative, Cindi Berger, said at the time. “She lived a big life.” “She lived her life with no regrets. She was a trailblazer not only for female journalists, but for all women.”

Read on for the celebrity deaths of 2023 and the stars we’ve lost this year so far. May they rest in peace. 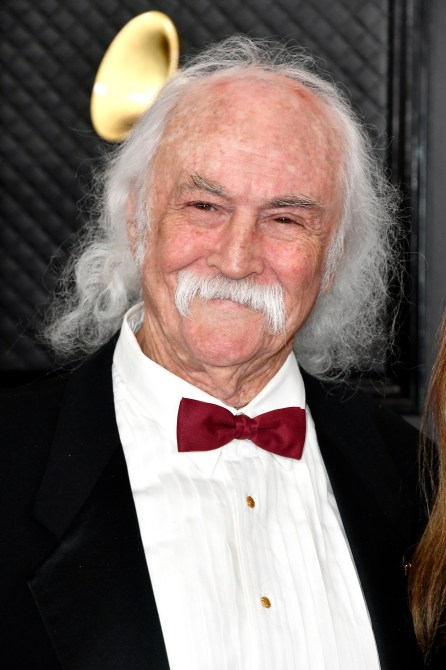 David Crosby died on January 18, 2023, according to several news sources. Patricia Dance, a sister of Crosby’s wife, Jan Dance, said in a text message to the New York Times on Thursday evening that the legendary musician died “last night.” Crosby hailed as a member of The Byrds and a founding member of Crosby, Stills, Nash (and sometimes) Young. Bandmate Graham Nash made a tribute to Crosby on social media. “It is with a deep and profound sadness that I learned that my friend David Crosby has passed,” Nash wrote. “I know people tend to focus on how volatile our relationship has been at times, but what has always mattered to David and me more than anything was the pure joy of the music we created together, the sound we discovered with one another, and the deep friendship we shared over all these many long years.”

Crosby was known to be very active on Twitter, replying to fans and letting out his thoughts at any given moment. The day before he died, he responded to a tweet that was a screenshot of Google search of “can we go to heaven with tattoos?” He tweeted, “I heard the place is overrated….cloudy.” 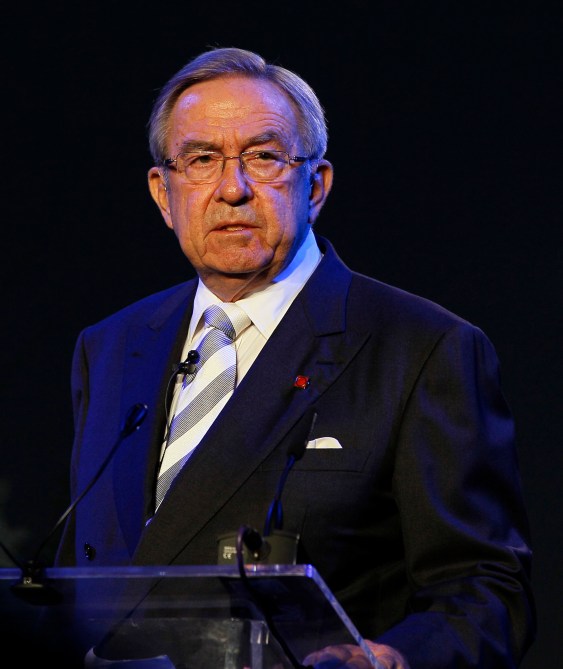 King Constantine II, the last Greek monarch, died on January 10, 2023. He was 82 years old. According to the Associated Press, Constantine died after receiving treatment at the at the intensive care unit at Hygeia Hospital in Athens, Greece. Constantine was Prince Philip’s nephew and King Charles III’s second cousin. He is also Prince William’s godfather and attended his wedding to Kate Middleton in 2010. Constantine died on the same day Prince Harry’s book, Spare, was released. 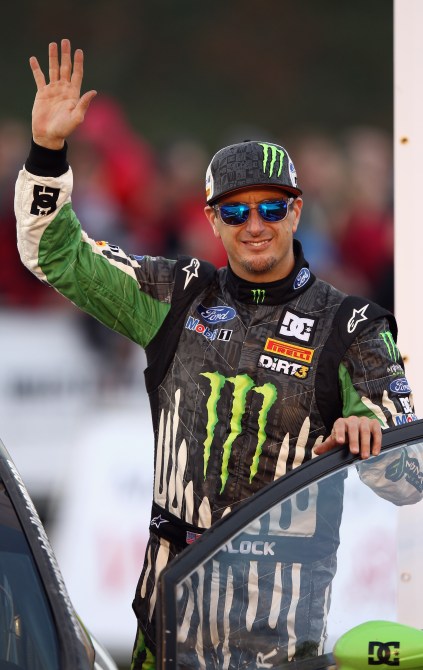 Rally driver Ken Block passed away on January 2, 2023. He was 55. A statement from his division Hoonigan Industries read, “It’s with deepest regrets that we can confirm that Ken Block passed away in a snowmobile accident today. Ken was a visionary, a pioneer and an icon. And most importantly, a father and husband. He will be incredibly missed.” TMZ reported that Utah’s Wasatch County Sheriff’s Office said Block was riding a snowmobile on a steep hill when it upended and landed on top of him. He was pronounced dead on the scene.

Before becoming a skilled rally driver, he founded DC shoes in 1994. From 2005 and on, he won FIA World Rally Championship (WRC) circuit in Mexico. He started 25 WRC events and won five X Games medals in RallyCross between 2006 and 2015. As well as rallying, Block was known for hi s series of gymkhana videos which drew millions of views on YouTube. Block is survived by his wife Lucy and 3 children and his 16-year-old daughter Lia is also a driver. 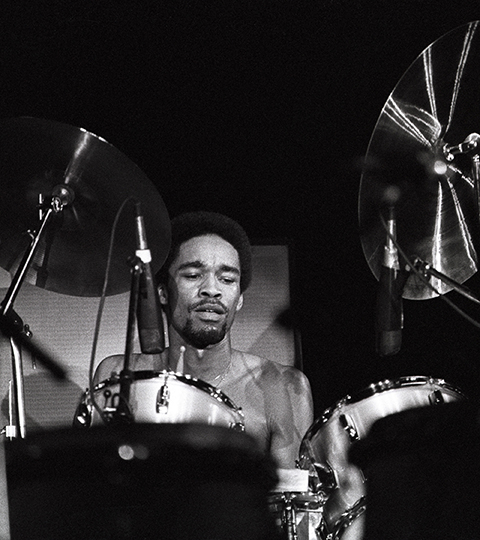 Fred White, a drummer for the band Earth, Wind and Fire, died on January 1, 2023. He was 67. White’s brother, Verdine White, the Earth, Wind and Fire’s bassist, announced his death in an Instagram post. “Dearest Family Friends and Fans….. Our family is saddened today With the loss of an amazing and talented family member,” Verdine wrote. “Our beloved brother Frederick Eugene “Freddie” White.

He joins our brothers Maurice, Monte and Ronald in heaven and is now drumming with the angels!

The post continued, “Child protégé, member of the EWF ORIGINAL 9, with gold records at the young age of 16 years old! He was brother number 4 in the family lineup.

But more than that at home and beyond he was the wonderful bro that was always entertaining and delightfully mischievous! And we could always count on him to make a seemingly bad situation more light hearted!

He will live in our hearts forever, rest in power beloved Freddie!! We thank you all for your love, blessings and support at this time. Soar high baby bro, we love you to the shining 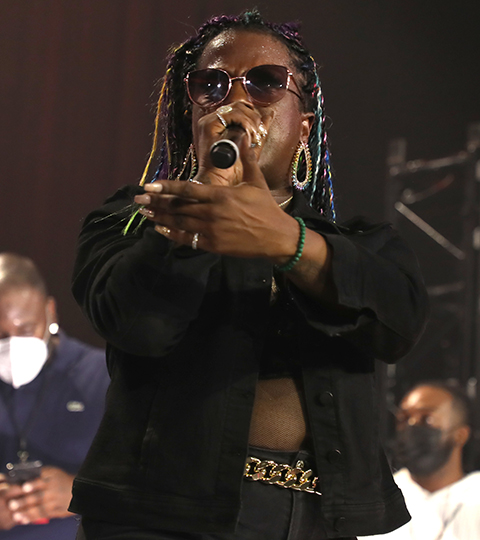 Gangsta Boo, a member of the hip-hop group Three 6 Mafia, is dead. She was 43 years old. Gangsta Boo, whose full name was Lola Chantrelle Mitchelle, was found dead in her home  in Memphis, Tennessee, on January 1, 2023, according to FOX 13. The outlet reported that Memphis Police Department officers found Gangsta Boo after they responded to “a person down call” just before 2:20 p.m. on New Year’s Day at a home on Raines Road in the Whitehaven neighborhood and discovered her body. Officials also reported that there were no signs of foul play. 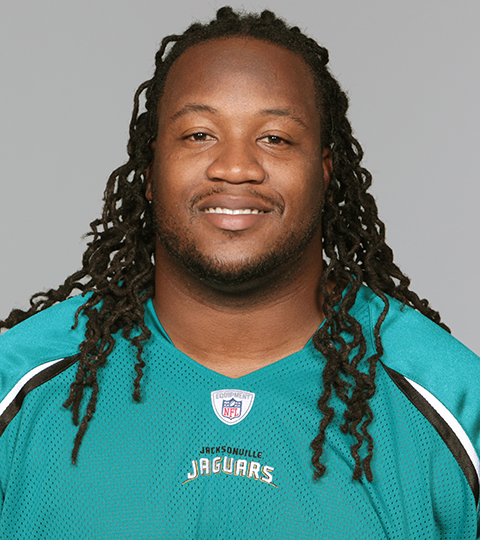 Uche Nwaneri, a former offensive guard for the Jacksonville Jaguars, is dead. He was 38. The Lafayette Journal and Courier reported on January 3, 2023, that Nwaneri, whose full name was Uchechukwu Eberechukwu Nwaneri, had driven from Georgia to Indiana to see his wife the day before he died. The next day, on December 30, 2022, she found him unresponsive in a bedroom in her home in West Lafayette at 1 a.m. and called 911.

Tippecanoe County Coroner Carrie Costello told the Lafayette Journal and Courier that preliminary results from an autopsy indicated that no foul play was involved. The report also indicated that Nwaneri may have suffered from a heart attack. “Uche was a great person,” Jordan Woy, his former agent, told CowboysSI.com. “He was a very interesting person and had deep, valued and informative thoughts on sports, politics and life.”