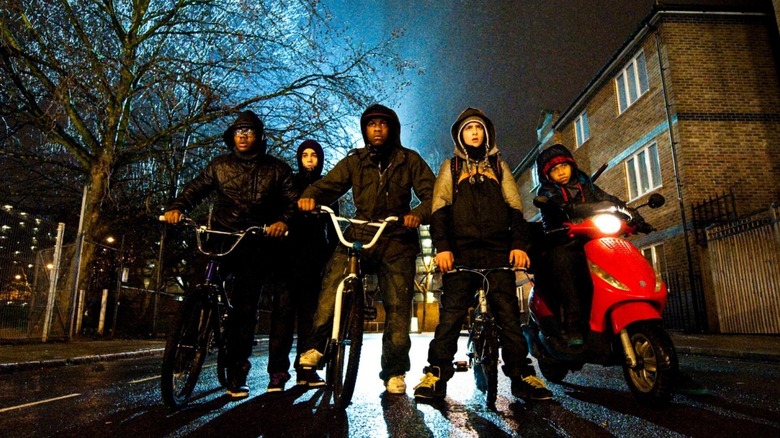 Allow it. The low-budget indie darling “Attack the Block,” which is about an alien invasion in London, singlehandedly kickstarted John Boyega’s career in 2011 and turned into a cult hit thanks to those who sang its praises early on, finally crossing into the mainstream enough to justify a long-awaited sequel (while also leading us oblivious folk in the U.S. to completely misunderstand what the slang phrase “Allow it” even means in the first place). Written and directed by Joe Cornish (“The Kid Who Would Be King”), the thrilling and incisive action/comedy has taken a long, winding, but thoroughly rewarding path to reaching the current level of acclaim it now rightfully enjoys.

And those involved with the sequel are aiming their sights even higher.

“Attack the Block 2” (assuming it even goes by that title) won’t have the element of surprise on its side this time around, but Cornish isn’t shying away from the expectations established by the original film. In fact, it seems like he and the rest of the creative team — a returning Boyega included — are fully embracing the challenge. We’ve heard countless times before about how filmmakers have taken inspiration from “The Godfather Part II” or “The Empire Strikes Back” or, yes, “Terminator 2” and “Aliens” when it comes to making a highly-anticipated sequel of their own. But when the latter two comparisons are invoked with a film like “Attack the Block,” even a clichéd answer feels exciting. Cornish is saying all the right things about the upcoming sequel, which you can read all about below. 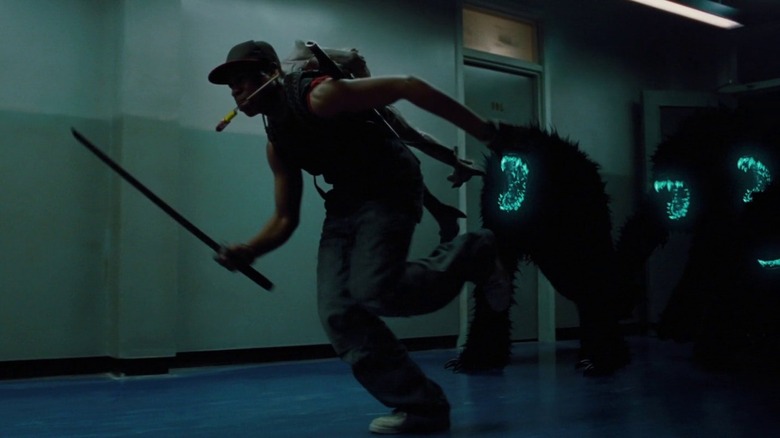 Those who were there at ground zero when “Attack the Block” came out of nowhere in 2011 to smash us all in the face with its micro-budget thrills and incredibly sharp social commentary know better than anyone how one-of-a-kind the film truly was. Following a group of impoverished kids on the run from some of the most gnarly and creatively-realized monsters in any recent genre flick, the thriller certainly left its mark among fans who’ve desperately wanted to see more of that story. To some, a sequel over a decade removed from the original might seem like a fool’s errand to recreate that specific magic … but don’t tell that to Joe Cornish or John Boyega.

In a recent appearance on Fangoria’s The Kingcast podcast, the director reminisced about the unique circumstances of the original film’s release and offered up an update on the sequel:

“The nice thing about the first movie was, nobody was expecting it. Nobody knew who John [Boyega] was or who I was, certainly, outside of UK comedy circles. And we put a lot of work into the first one! Obviously, I can make stuff up about aliens quite easily, but the other stuff — the aspects of reality that we folded the fantasy into — we did a lot of research for, and so we are currently doing that same thing. We have a very detailed treatment and a storyline we’re very, very excited about — and when I say ‘we,’ I mean me and John Boyega, who [I’m co-producing the film with] and consulting very closely with — and we’re doing all the research to make sure we get it right.”

‘We’re Very, Very Quietly Confident And Excited About What We’ve Got’

Joe Cornish, John Boyega, and the rest of the team are clearly sparing no effort in bringing the sequel to “Attack the Block” to fruition as best they can. Following up a well-received original is no easy task, but the director is clearly pulling out all the stops to ensure that the script is as fleshed-out and lived-in as humanly possible. Elsewhere, during the same podcast appearance on The Kingcast, Cornish went on to further expand on the amount of research he’s undertaking for the film and the sources of inspiration he has in mind. Where the first film took its cues from “The Warriors” and “Assault on Precinct 13,” the sequel will hope to find itself in even more rarified territory:

“This very afternoon I spent two hours [interviewing] someone whose life intersects with one element of the story, and when we’re done here I’m gonna go home and transcribe that. So, we’re doing our due diligence in building the screenplay and taking the same amount of care we took with the first one […] but we’re very, very quietly confident and excited about what we’ve got. We think about ‘Alien’ and ‘Aliens’ and ‘Terminator’ and ‘Terminator 2,’ and we wanna take a shot at doing our version of what people did for [those movies].”

Talk about shooting your shot! Though Cornish’s exact wording indicates that those classic sequels serve as more of a spiritual source of inspiration than anything else, this is one project that we’d like to see succeed in those ambitions. Something tells us that we might be in for something special with this one. While we wait for more updates to come, you can check out the full podcast episode here.

Read this next: 20 Movies About Aliens That You Definitely Need To Watch

The post Director Joe Cornish Wants Attack the Block 2 to Aim For the Highs of Terminator 2 and Aliens appeared first on /Film.