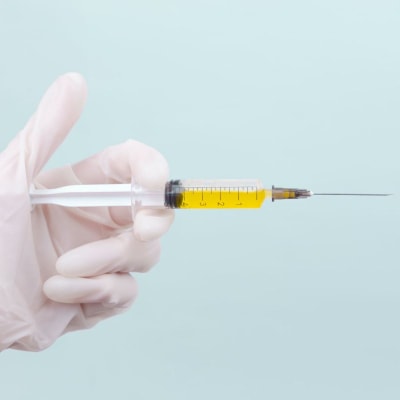 Today, let’s discuss: are you aging intentionally with treatments like Botox, Dysport, and more? What have you tried and hated — and what treatments do you love? What age did you start?

I’ve seen two articles recently that got me thinking about this — the first was a recent one in The Wall Street Journal. The article started with an anecdote about Dr. Heidi Waldorf, a dermatologist who, every year, posts a photo of herself on Instagram and reviews what treatments she’s had done. (Here’s her account on IG.)

As they note in the article:

Dr. Waldorf, who began such treatments around 35, was an early adopter of what you might call “intentional aging.” Adherents to this growing trend get their faces improved by dermatologists with low-intervention treatments such as lasers (for hyperpigmentations, wrinkles and scars), ultrasound (for firming), microneedling (for improved texture) and moderate injectables instead of chasing eternal youth via extreme measures like plastic surgery.

The desire for less-intense procedures marks a shift in the aesthetics of aging. In the past, women were more liable to ask for the works: face-lifts, aggressive resurfacing lasers or an excess of filler.

Based on reader conversations here, I’ve always kind of intended to get Botox starting in my mid-30s… but it’s been a low priority, especially since all my extra weight keeps my facial skin nice and plump. (I keep meaning to go through photos of my mother and grandmother to see if there was any major change in their faces at any point; we all have similarly round faces with plump cheeks (three cheers for my Polish ancestry).

But this, of course, gets to the idea of the “prejuvenation” — that you should get the treatments before you need them so the skin stays plump, rather than trying to plump up skin that has sagged.

There was another recent article in The New York Times about this prejuvenation trend where they talked to more than a dozen experts to find out whether “preventative Botox” is a wise investment. The bottom line was that you’re delaying wrinkles (not preventing them), and yes, it can work.

The big problem they noted was the idea of using Botox for decades — there hasn’t been a lot of study done on this, just anecdata – as well as the cost of paying for relatively expensive treatments for decades.

The part that stuck with me about the article was the discussion of whether you can stop getting Botox:

You’re not going to reverse your progress if you stop treatment — you’ll just get your full mobility back, slowly creating wrinkles.

The effect of pausing treatment is hard to track, though, since few people stop injections once they begin. Even though botulinum toxin itself does not form chemical dependence, many people become “addicted” to how their face looks, said Dana Berkowitz, an associate professor of sociology at Louisiana State University. …

Your face without Botox “looks ugly to you,” Dr. Berkowitz said, adding, “This wrinkle-free, ageless face becomes totally normalized. We expect it and then we view that as beautiful.”

Readers, let’s hear from you — are you aging intentionally with treatments like Botox, Dysport, and more? What have you tried and hated — and what treatments do you love? What age did you start, and how consistent have you been? How much are you paying per treatment, and how did you find a provider you like?

The post Discuss: Are You “Aging Intentionally” With Botox, Dysport, and More? appeared first on Corporette.com.