Sundance’s biggest surprise so far is “Justice,” a documentary from director Doug Liman that examines the sexual assault allegations against Supreme Court Justice Brett Kavanaugh. Liman at the film’s premiere Friday night said in a Q&A that he knew “something very wrong was happening” and that he felt a sense of outrage watching Kavanaugh’s confirmation hearings in 2018 — that the genesis of this film dates back to then.

Liman told the crowd at the Park Avenue Theater at Sundance that it was crucial to keep production of the film a complete secret, recognizing in the course of making it that “the machinery that was put into place to prevent anyone from speaking out” could eventually be turned on them and the subjects involved. Liman appeared on stage with producer Amy Herdy, who explained that everyone who participated signed an NDA, and that codenames were even provided for the film’s subjects. They said “Justice” would never have come to fruition were it not for this caution.

“There would’ve been some kind of injunction. This film wouldn’t have been showing here,” Liman said.

But as to why the film needed to be made and what the filmmakers hope comes of it, Liman acknowledged that no matter what was said in the film, many people on one side of the political spectrum will do whatever they can to avoid it.

“That’s when I came to the answer myself: the truth matters. It matters now, it matters in the future,” Liman said. “Maybe that’s it.”

Kavanaugh, who was appointed to the Supreme Court in 2018 by President Donald Trump, was the subject of a contentious series of confirmation hearings when he was accused of sexually assaulting professor Christine Blasey Ford, when they were both high school students in the 1980s. Blasey Ford testified in front of Congress, and three other women later accused Kavanaugh of sexual misconduct (though one later recanted her story). Kavanaugh denied the accusations during his own testimony, and Kavanaugh was appointed to the highest court in the land along party lines.

“Justice” however came about in part because of revelations that the FBI had received an additional 4,500 tips related to Kavanaugh’s nomination that were referred to the White House but never properly investigated. Liman said that many of these effectively went straight to the “garbage can,” and in the filmmakers’ attempt to review the tips, many of them were heavily redacted. Liman’s film though was also self-financed, with the director personally funding the investigative efforts of Herdy’s team. And he acknowledged that given their own limited resources, there’s much more work to be done.

“It’s just a few people funding it themselves to uncover what we uncovered. Imagine what could be found if someone with real subpoena power started looking into this,” he said. 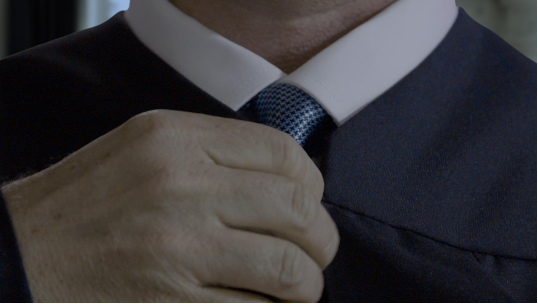 “Justice” focuses heavily on the accusations from Debbie Ramirez, who previously accused Kavanaugh of exposing himself to her at a dorm party at Yale. Ramirez is given the chance to tell her story in detail, and Herdy said that the accounts that appear in the film were the ones that the filmmakers were able to corroborate from other sources, but that left out many whose stories the filmmakers were not able to independently corroborate.

The film also has damning testimony from a politico named Max Stier, who said he witnessed Kavanaugh perform a separate act of sexual assault at Yale against a freshman soccer player, and the film even includes audio of Stier discussing the incident (Kavanaugh did not comment to the filmmakers directly).

Liman referred to everyone that did choose to participate and publicly put their names behind accusations against Kavanaugh as heroes. But now that news of the film has broken, Liman says that the current version of the film shown at Sundance remains a festival cut, and new tips that are already pouring in may have an impact on the film beyond tonight.

“I thought I was off the hook,” Liman said. “Yesterday, Amy was like, we’re not done. Monday morning, we’ll be back at it.”

Liman also addressed why Blasey Ford is not the central focus of the film.

“I felt that Dr. Ford has given so much to the country,” Liman said. “She did her part. She more than did her part for the country…she’s done enough for 10 lifetimes.”

“Justice” was also executive produced by documentary heavyweights Dan Cogan and Liz Garbus of Story Syndicate, and the film is an acquisition title as represented by CAA.

“Sundance is a festival for independent films looking for buyers, and it had occurred to us that [Kavanaugh] might buy it,” Liman said.