EastEnders will not air tonight, but why is the soap not on? And when can you catch up?

The BBC soap usually airs on Tuesday night at 7.30pm.

However, it will not be shown on Tuesday January 17.

Why is EastEnders not on tonight?

EastEnders has been cancelled tonight due to football.

With kick-off at 7.45pm live coverage will begin at 7.30pm – which is EastEnders’ usual slot.

EastEnders cancelled tonight: When is it on next?

It will then air on Thursday (January 19) as usual and to ensure we end the week all caught up, an extra episode will show on Friday (January 20) at 7.30pm.

What happens this week?

Following Zack’s diagnosis as HIV positive, he is struggling to cope. Will he confess all to Whitney and the others at risk?

Meanwhile, Whitney prepares for the her first baby scan.

She heads there without Zack, but with Sonia, Chelsea, Felix and Finlay for support.

She is overwhelmed with love to see her baby for the first time.

Zack is later desperate to know the results of the baby’s tests, and his interest gets back to Whitney who wonders if she should give him another chance.

Will these two work it out?

Lily makes a decision about her baby

As Martin begs Stacey to support him in persuading Lily to have an abortion, she refuses.

Martin is desperate to make Lily see sense, but she refuses to be swayed either way.

After Lily talks to Whitney about motherhood, without revealing her own pregnancy, Lily returns home and makes an announcement to Martin and Sonia.

What will her decision be?

Lola looks for her mum

Kim is in full organisation mode for Lola‘s hen do.

As she makes a guest list, she asks after Lola’s mum, which clearly touches a nerve with Lola.

But wanting to know the truth, Lola tells Jay she needs to track her mum down before she dies. Jay thinks it’s too much and not a good idea, but Lola is adamant.

With some experience in long-lost families, Sharon advises Lola to take it slowly, but will she listen? 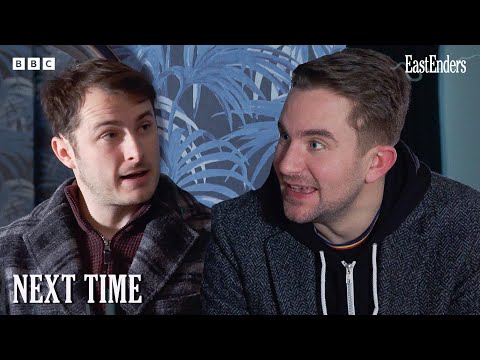 EastEnders usually airs Monday to Thursday at 7.30pm on BBC One.

The post EastEnders cancelled tonight – why is the soap not on and when can you catch up? appeared first on Entertainment Daily.