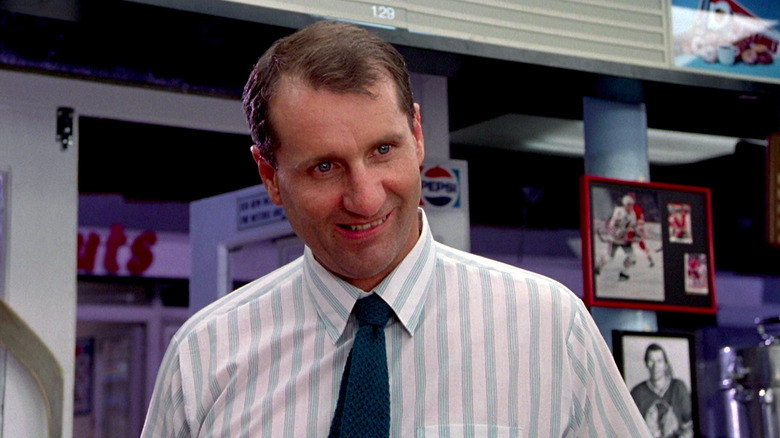 When “Wayne’s World” came out in 1992, it was a hit. Starring Mike Myers as chipper Wayne and Dana Carvey as shy Garth, the movie follows their lives as two music-obsessed young adults with a public-access television show that gets a chance to go big. The film got its start as a popular sketch on “Saturday Night Live” in which Myers and Carvey also starred, and even now, over 30 years after its original release, it still makes our hearts go schwing!

In the film, Wayne and Garth constantly frequent a local donut shop, Stan Mikita’s Donuts, where they like to kill time. The place is managed by Glen, an older man with a shady past. Glen, who is played by Ed O’Neill, is an extremely disturbing individual, and even though his donut shop has “excellent munchables,” those who eat at Stan Mikita’s should definitely be asking some serious questions about him. In fact, it’s possible that some of the actors on the set of “Wayne’s World” started asking serious questions about O’Neill, who was so committed to the part that he remained in character even when the cameras stopped rolling. An impressive, and maybe even creepy feat when you consider that O’Neill’s character most likely killed someone in his murky past. 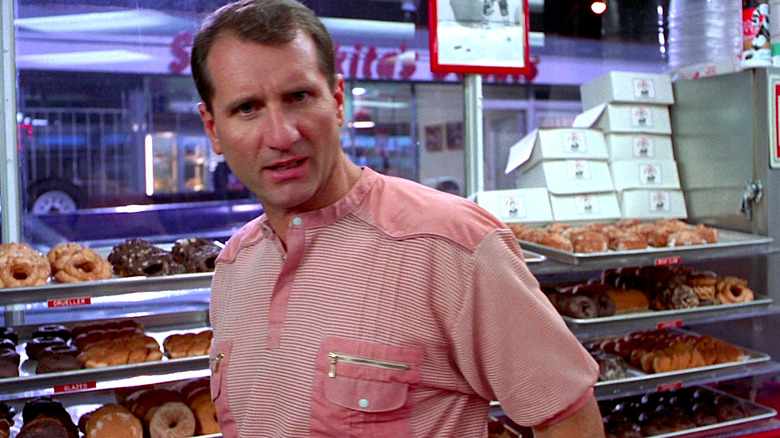 Managing a donut shop can’t be easy, but Glen seems to have really let all that powdered sugar go to his head because every time we see him on screen, he behaves like his jelly donut isn’t exactly all the way filled. The man is absolutely bananas, rambling incessantly to the camera, asking big, scary questions like, “Why is it, if another man kills a man in battle, it’s called ‘heroic,’ yet if he kills a man in the heat of passion, it’s called ‘murder’?” Uhhh…I don’t know, Glen? But could you just take a couple of steps back from me, please? Thanks.

An article for the New York Post revealed that Ed O’Neill — who is most well-known for playing Al Bundy on the popular sitcom, “Married … with Children” — was so committed to the insanity of his character that he refused to break even off-screen. “Wayne’s World” director Penelope Spheeris told the New York Post, “When we were sitting in that donut shop, he always had the character going, even between takes. He would sit over in the corner by himself and talk to himself like a psycho [laughs].” Why are you laughing, Penelope? Run away!

In fact, O’Neill was so immersed in the part of Glen that Spheeris admitted she never really got to know the man behind the deep fryer “because he never broke.” One thing is for certain though, I definitely wish I knew the sorts of things O’Neill mumbled to himself off-camera. Or you know what? On second thought … maybe I don’t.