Emmerdale star Fiona Wade has revealed the real reason she has chosen to leave the soap after almost fourteen years.

Fiona has played Priya Sharma on Emmerdale since joining in September 2009.

Priya is set to leave the village amidst a kidnapping storyline which sees David attempt to prevent Priya from leaving for London with daughter Amba.

But why did Fiona choose to leave the soap?

Speaking to DigitalSpy, Fiona explained her reasons for leaving Emmerdale.

The actress said: “It was one of the hardest decisions I’ve had to make. Leaving my Emmerdale family is a big thing and it wasn’t easy filming my last scenes.

“When you’ve been somewhere for that long and that’s your every day, it’s hard and feels sad. But as every actor knows, you need to challenge yourself and that’s very important too.”

Fiona reflected on Priya, and what playing the character meant to her.

“She is a sassy, strong independent woman. She’s a single mum, a business woman. She’s edgy and fun and she has guts,” said the actress.

She continued: “Getting to play someone who is that sassy and cool and glamorous but also has all of these complexities and layers to her which make the character so much more interesting and relatable.

“I’ve loved playing her and she’s been so much fun.”

How does Priya leave Emmerdale?

Next week spoilers reveal Priya is haunted by the past when a fire breaks out at Take A Vow.

Despite being freaked out, given her experience in the maize maze last year, Priya eventually owns her fear. It impresses London businessman Justin, who soon offers her a job.

The only problem is, he’s also offered it to Leyla.

Leyla is fuming when Priya gets in and accepts it first, but will they reconcile?

Someone else who isn’t happy is David, father to Priya’s daughter, Amba.

David kidnaps Amba to stop Priya taking her away. Priya calls the police, but will David see sense and bring their daughter home before he’s found and arrested? 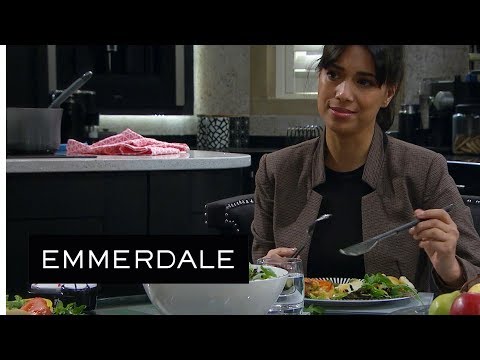 Emmerdale usually airs on weekdays at 7:30pm, with an hour long episode on Thursdays.

The post Emmerdale star Fiona Wade reveals the real reason she quit as she confirms exit from the soap appeared first on Entertainment Daily.