“Extraordinary” could have been an anthology. The first season of the show (on Hulu or Disney+, depending on where you’re reading this) spans eight episodes, and each contains the kind of possibility that could make them standalones. It’s a new comedy that takes place in a world where pretty much everyone has a superpower. There are people who can scale walls, walk through walls, fly above walls, lift up walls, or do other fantastical things that don’t involve walls.

After more than a handful of years past the mark when people get their power, Jen (Máiréad Tyers) is still waiting for hers. She’s romantically frustrated, treading water at her retail gig, and staring down the last of her mid-20s with not a lot to show for them. When she’s not gripped by anxiety about being the only “normal” adult she knows, she spends a good chunk amount of time with roommate Carrie (Sofia Oxenham), who can channel the dead to speak through her. Carrie’s able-to-rewind-time boyfriend Kash (Bilal Hasna) is also a steady presence, when he’s not off trying to assemble a misfit band of vigilante crimefighters.

It takes a lot to build a show around a character who feels stuck without making everything around her feel stagnant. But through Tyers’ boundless energy and the never-ending changes happening to people in her vicinity, Jen can be stubborn and selfish and carefree and “Extraordinary” can still thrive. Carrie becomes the useful counterbalance, and not only because her power almost counts as double. (Sequences when Oxenham has to switch between Carrie and whoever Carrie is channeling end up being some of the season’s highlights.)

Series writer and creator Emma Moran puts together a series of daily challenges for Jen and Carrie, only some of which are built from some power-related problem. The two of them aren’t trying to bring about societal change or expose corruption or fight aliens showing up through a portal in the sky. “Extraordinary” is part of that fertile corner of sci-fi where there’s one key fundamental difference from our own world and the rest of the changes trickle out from there. 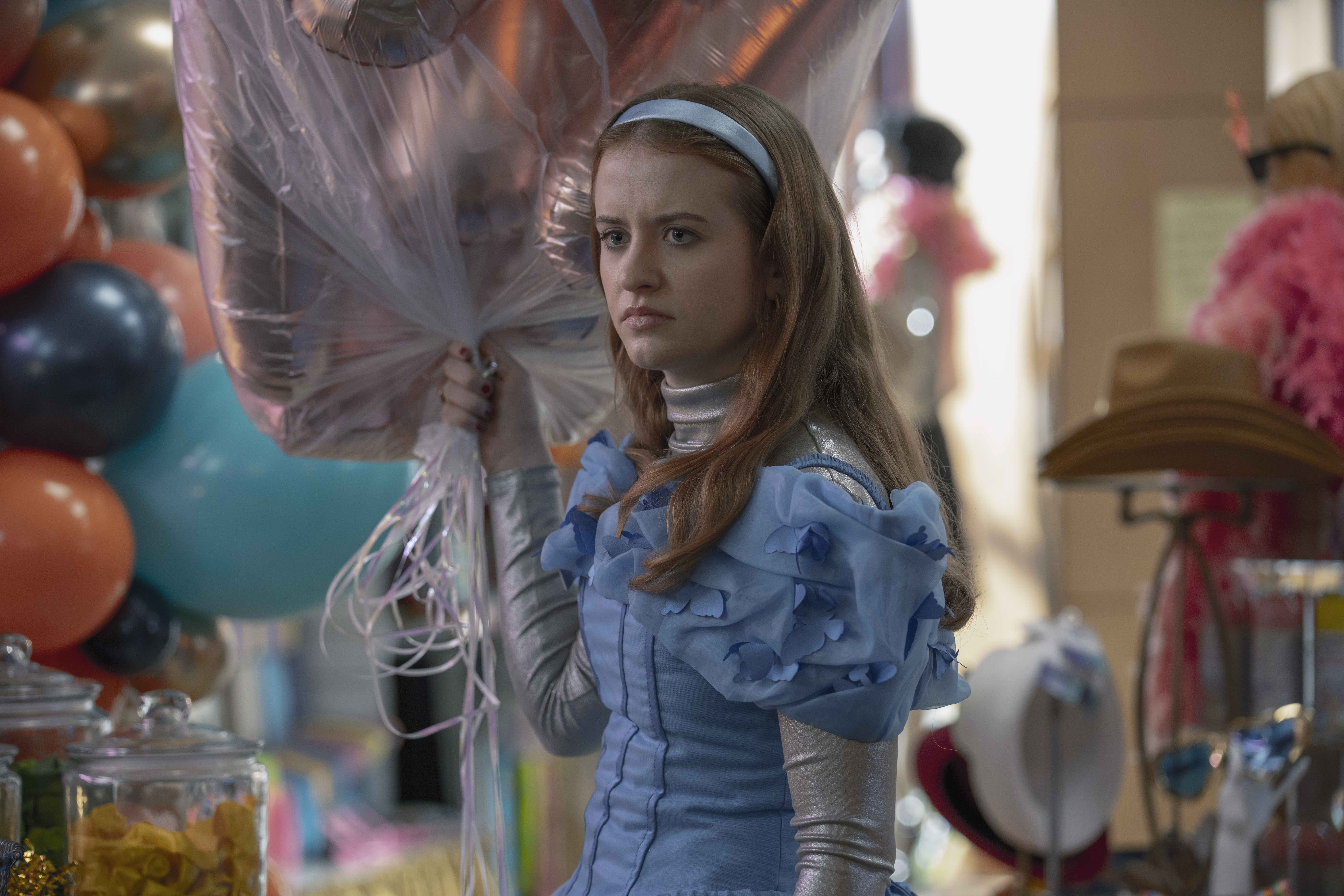 One of the tricks of the show is realizing that a lot of these powers are really just exaggerations of things that people were already capable of. Jen’s stepdad is a super empath, able to say definitively the emotions that a perceptive person could intuit. One of Kash’s new buddies can phase through solid objects, which is only a small step up from an expert in a heist story. Even the fact that Jen’s sometimes hookup pal can fly seems secondary to his ridiculously high level of confidence.

For those whose powers go beyond, like Kash or a Dr. Dolittle-like veterinarian or Jen’s overachieving stepsister, “Extraordinary” shows how those blessings can also be a curse. Every time Jen gets gloomy about standing out for the wrong reason, there’s a reminder that maybe a power is a responsibility she doesn’t have room in her life for anyway. So “Extraordinary” can keep the extraordinary in the background when it wants to and focus on Jen more broadly figuring things out.

The Jen-Carrie dynamic is the series’ biggest strength, not just in showing how Carrie struggles with the demands and possibilities of channeling dead dictators over breakfast or dead moguls in legal estate disputes. That anxiety also extends to their friendship, a partnership woven through with the co-dependence and the odd sense of obligation that can linger after shared school days. Moran peppers their daily adventures with a lively goofiness that can turn either sweet or sour on a dime. Jen might be in a rut, but there’s a spirit running through their colorful flat, a peppy soundtrack (featuring two worthy entries into the canon of Sleigh Bells needle drops), and city streets featuring people walking horizontally and vertically. 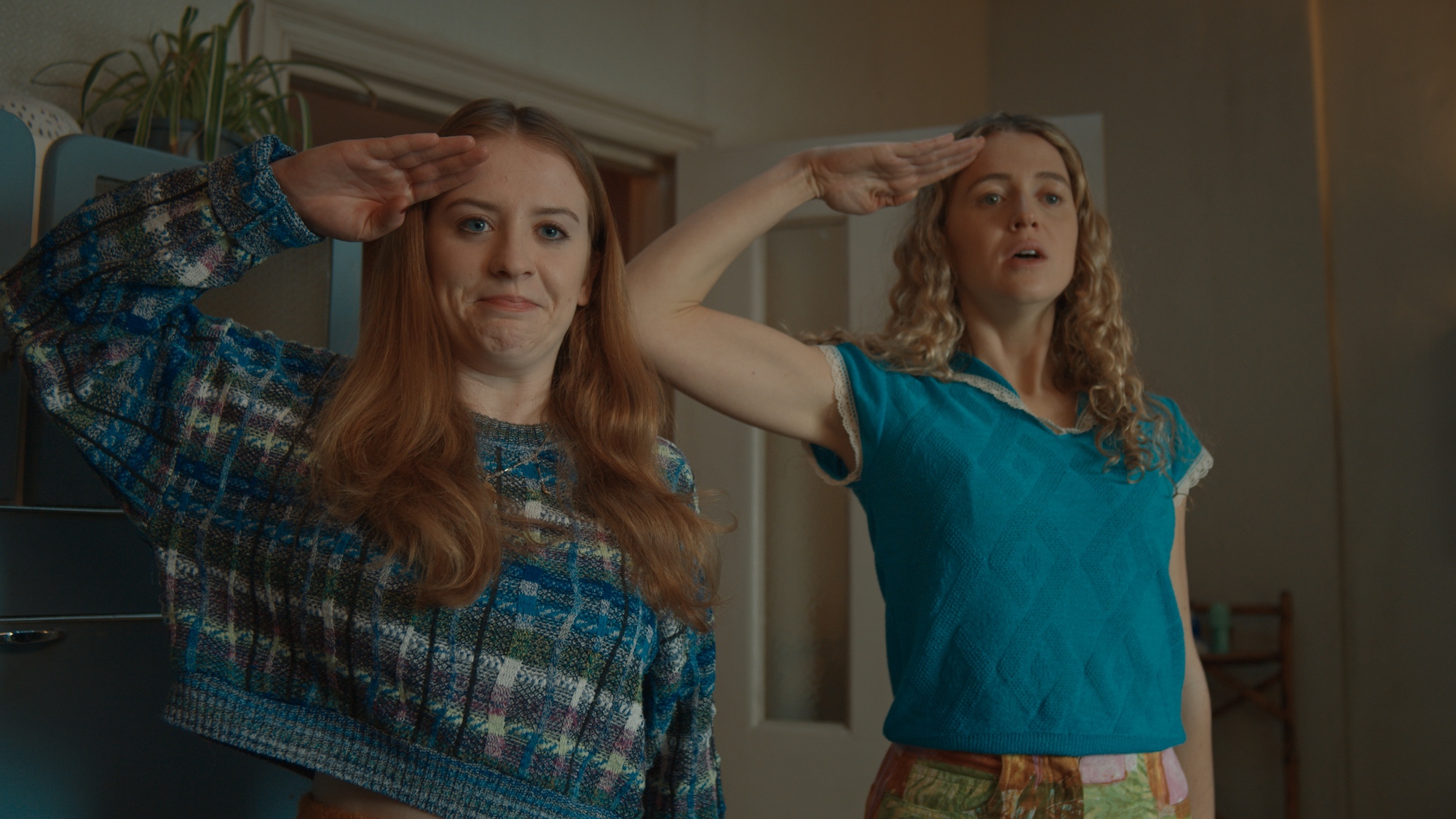 It makes sense that this world would have a disjointed, ragtag approach to would-be superheros and it’s smart for Moran to not ignore that entirely. But “Extraordinary” does so much better with Jen and Carrie’s respective stories that Kash’s misadventures can’t help but feel like a drag at times. Hasna is a fun addition to the roommate crew, but when he’s split off from the rest, it shows how that magic can dissipate whenever everyone is separated.

“Extraordinary” does have one other incredible performance, but I’ll be vague on the off chance you’re reading this and haven’t watched the trailer or scanned the cast list. Just know that you’ll know it when it pops up. What starts out as something that could easily be a gimmick (or a jokey hook for an entire show all its own) becomes a deft display of physicality with a surprising amount of emotion to go along with it. If “Extraordinary” didn’t already have Jen and Carrie, it would be reason enough to check out the show all by itself. (Again, you’ll know it when it happens.)

Maybe the sharpest thing that Moran does in “Extraordinary” is avoid making powers an easy metaphor. It’s not a stand-in for love or sex or self-acceptance. In a world filled with a wide cross-section of humanity, these powers represent vastly different things for different people. In an odd way, the more “Extraordinary” makes those powers secondary or finds a way to puncture the aura surrounding them, the more freedom it has to follow where Jen and Carrie lead. As a whole, this first season does leave room for exploration and improvement. But as a start, it’s more than enough to prove that “Extraordinary” has some special abilities to keep it going, whether or not its main character has them too.

“Extraordinary” is now available on Hulu in the U.S. and streaming internationally on Disney+.