Fern Britton has left her Twitter fans divided after she weighed in on the Prince Harry drama following the release of his bombshell memoir.

The tell-all book, Spare hit the shelves last week as well as headlines all over the globe thanks to sensational claims packed in its pages.

From alleged physical arguments with his brother William to his previous drug use, the Duke Of Sussex didn’t hold back when it came to revealing his version of events.

And it seems even TV legend Fern, whose career spans four decades, is as hooked as everyone else.

Taking to her Twitter account on Friday (January 20), Fern revealed to fans that she had started reading the memoir.

No stranger to holding back, the former This Morning star explained exactly what she thought of it so far – and her 120.9k followers were left divided.

“I am halfway through reading Prince Harry’s ‘Spare’. It’s a good read. Better and more thoughtful, insightful than expected,” she wrote.

It seems Fern split opinion with her thoughts on Harry’s book though, as plenty of her loyal legion of fans chimed in on Twitter.

There were some seriously mixed opinions on the book in Fern’s comment section on Twitter, with many declaring: “I agree.”

“I’ve finished it, listened on Audible I really enjoyed it in his own words, I found it sad and as you say insightful,” penned one fan.

Another added: “I agree. People seem to enjoy ripping others to shreds. It’s Harry’s version of events, and I’m glad We’re able to read them.”

A third fan, thought the complete opposite as they wrote: “Hey Fern, glad you’re enjoying. I find it a bit all moans and groans.”

Echoing their thoughts, someone else said: “I’m struggling with his lack of humour, and constant whining about literally, everything.”

The same user added: “I will keep going, but it’s not great for me. Glad you’re enjoying though.”

What else did Fern’s fans say?

Another person raged: “Won’t read it! Not giving money to them!!!”

A sixth agreed: “I do not wish to fund either of them. I think he’s had enough of my money. I deeply resent his attack on the UK, if not in the book it’s in his interviews.”

On the opposite side of the spectrum, a social media user penned: “I’m listening to the audiobook, also halfway through.

“I’m enjoying it. I think it’s very insightful to see from his point of view how the family dynamics were.” 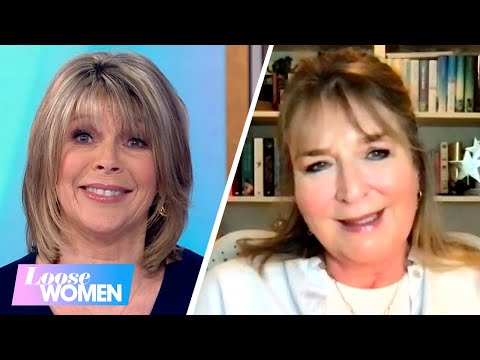 So what do you think of this story? Do you agree with what Fern thinks of Prince Harry’s book? You can leave us a comment on our Facebook page @EntertainmentDailyFix and let us know.