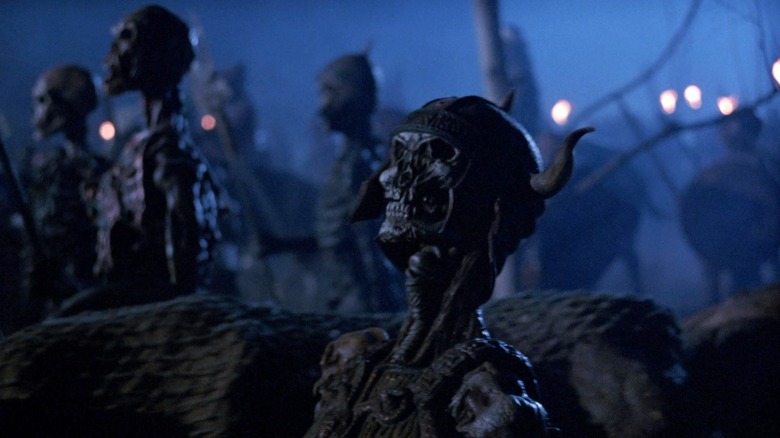 With the release of the trailer for the fifth “Evil Dead” installment, “Evil Dead Rise,” fans are surprised to see the influential cabin-in-the-woods element that the Sam Raimi-created splatter-horror movies are known for (in addition to mainstay hero Bruce Campbell as Ash) relocated to a towering apartment in the middle of one of America’s most populous cities. L.A., however, isn’t the most far-off locale to be suggested for an “Evil Dead” movie. The first two films, “Evil Dead” and “Evil Dead 2: Dead by Dawn” kept their demon-fighting hero in the rural woods, but following the 1993 macabre medieval third entry “Army of Darkness,” the pump was primed for time-jumping narratives. Among the long-teased sequel ideas for “Evil Dead 4” — that is, “Army of Darkness 2” — is that of a double-plot, with double Ash trouble.

Where “Army of Darkness” dealt with primitive screwheads, its intended follow-up would have replaced them with the scavengers of tomorrow. The “Ash vs. Evil Dead” Blu-ray commentary contains the revelation that “Evil Dead 4” would not only have followed up on “Army of Darkness,” but would have followed more than one version of Ash in a multiverse, respective of the third film’s dual endings — one in the present and one in the future. Sam Raimi explains in the commentary:

“So we wrote an ‘Evil Dead 4’ that followed both realities. We were going to be following two Bruces — one in the future and simultaneously crosscutting to Bruce here in the present. And we realized, we have really lost our mind now and we must stop.”

Hail To The Kings 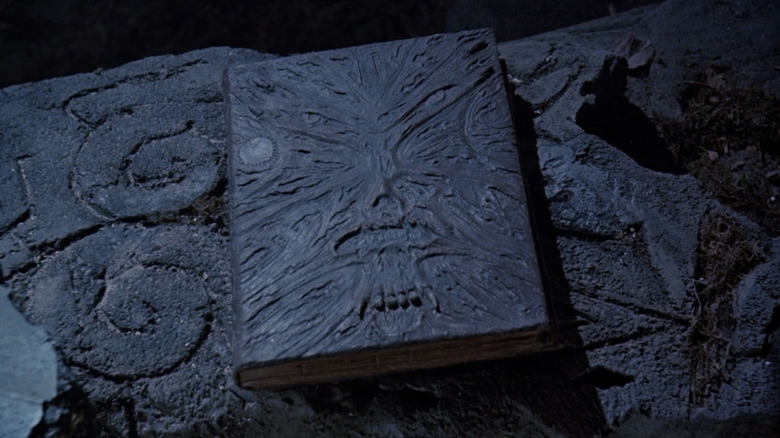 To understand the proposed sequel, it’s necessary to look back at the original ending of “Army of Darkness,” the one Raimi wanted audiences to see. It can be seen in the Director’s Cut of the film: Ash recovers the Necronomicon, which delivers a magic potion that will return our strong-jawed hero to his own time. Six drops are all that’s needed, but just as he botched the chant to retrieve the book of the dead, the chainsaw-wielding everyman takes too much potion and overshoots his intended time. Ash emerges from his sealed cave a man out of time once again — this time, he’s the primitive screwhead in a future post-apocalyptic London. He drops to his knees and wails that he slept too long. Too much of a downer for Universal, the Deadite wasteland ending was nixed in favor of the present-day “S-Mart” ending seen in the U.S. theatrical version and on tv edits.

The finale of the Campbell-centric “Ash vs. Evil Dead” TV series would echo that ending — sleepy Ash, future, London, Deadites — but that was as close as fans would get to an “Evil Dead: Fury Road” extravaganza.

Good Ash Vs Bad Ash And The Notion Of Duality 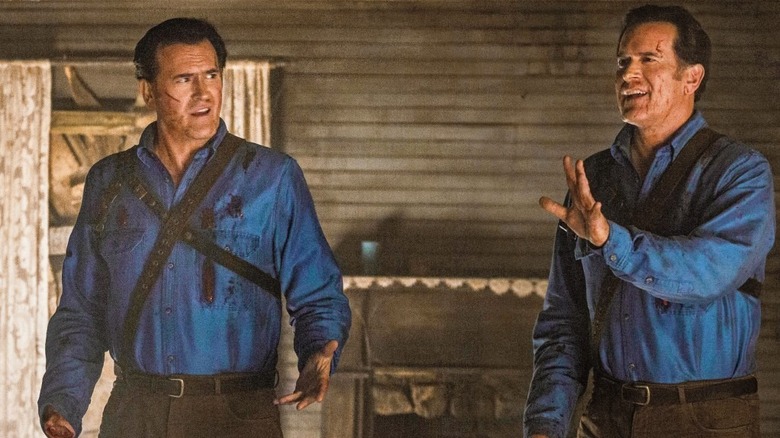 The concept of multiples isn’t new to the “Evil Dead” movies. Previous entries have seen Ash cleaved in twain (as Good Ash and Bad Ash) and battling tiny carbon copies of himself. In fact, according to director Lee Cronin, the malevolent force of the upcoming “Evil Dead Rise” comes from the flesh-bound Necronomicon book — not the one sought after in “Army of Darkness” but one of its unused copies, as seen in this slapstick sequence:

In the movie’s spirit of duality, it’s forgivable to lament the dystopian requel that could have been while holding out hope that the borderless evil of Kandarian demons might reach new horizons — all the better for future “Dead” installments.

Read this next: Every Sam Raimi Film Ranked

The post Futuristic London Could Have Served As The Setting For Army Of Darkness 2 appeared first on /Film.