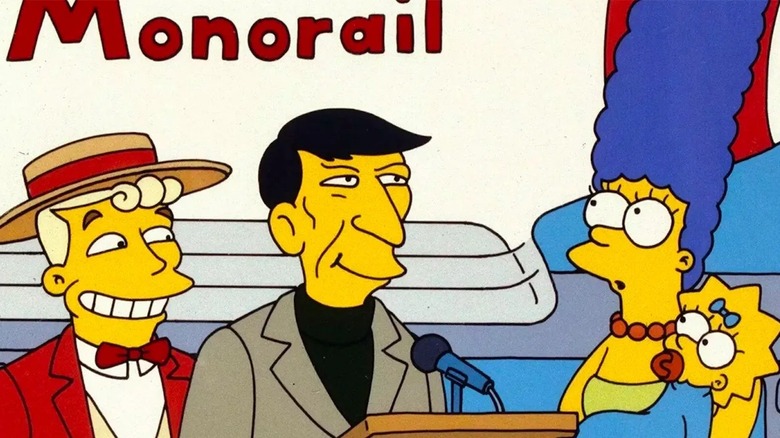 Ask any fan of “The Simpsons” to rattle off their top episodes, and chances are it won’t take long before they get to “Marge vs. the Monorail.” It’s widely regarded as one of the all-time classics in the show’s three-plus decades run, and for good reason. It was the brainchild of Conan O’Brien and features several top-notch guest voice actors. Obviously, the big one is frequent “Simpsons” guest Phil Hartman, whose con artist character Lyle Lanley has become iconic for his “The Music Man”-inspired song and dance numbers. But the episode also features an extremely memorable guest turn from a beloved actor from a classic 1960s television series. (And no, it’s not Batman!)

We’re talking, of course, about Leonard Nimoy, most famous for directing “Three Men and a Baby.” Well, that and playing Mr. Spock in “Star Trek.” The late, great actor and director plays himself — more or less — as a celebrity guest on the maiden voyage of Springfield’s new monorail, in a nod to the classic star-studded disaster movies of the 1970s like “The Poseidon Adventure” and “The Towering Inferno.”

At the end of the episode, Nimoy finds himself safely back on terra firma, noting that his work in Springfield was done before beaming away. But originally, he wasn’t targeted to be beamed down into Homer and the gang’s backyard, to begin with. Instead, the honor of riding the Springfield monorail was intended for another “Star Trek” stalwart, George Takei. What Conan didn’t know, however, was that Takei didn’t think public transportation was a laughing matter. 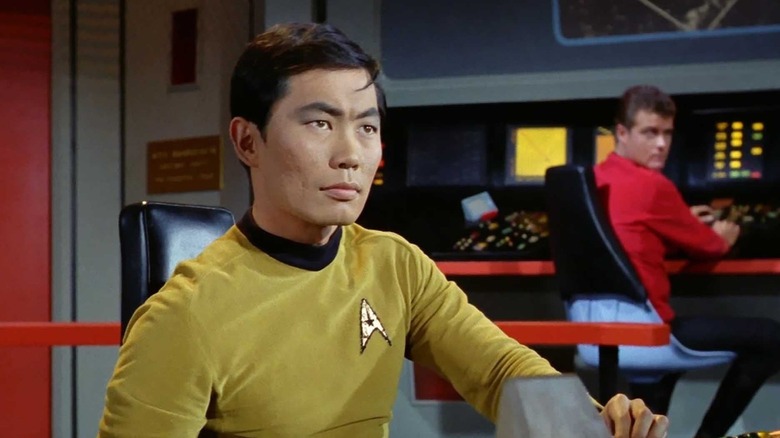 When he was eyeing Takei as his celebrity cameo of choice, O’Brien was missing one crucial piece of information, and it proved to be the entire reason the actor passed on appearing in the episode. As Conan told The Ringer:

“We were all stunned. ‘What do you mean George Takei said no?!’ I didn’t know what he was doing at the time. Then it came back to us that George Takei was somehow affiliated with the San Francisco Board of Transportation. He thought that this was maybe making fun of public transportation.

Obviously, public transportation itself was never the target of the former “Saturday Night Live” and “Simpsons” writer’s humor. As usual, the townsfolk of Springfield were set to be the butt of the joke. But given his position as the face of San Francisco’s public transit, it’s understandable that Takei might not have wanted to seem to be taking potshots at affordable modes of travel. It didn’t take long for Conan and the “Simpsons” staff to find their replacement, though. Literally the next day, according to the late-night comedy legend, he was informed that Nimoy was ready and willing to fill Takei’s “Star Trek”-shaped void. And that was just fine with Conan, who noted one very important fact about Mr. Spock: “He outranked Sulu.”

Read this next: The 27 Best Simpsons One-Off Characters Ranked

The post George Takei Was Originally Asked to Do Leonard Nimoy’s Guest Role On The Simpsons’ Marge vs. the Monorail Episode appeared first on /Film.