Giovanni Pernice and Jowita Przystał appeared to confirm their romance on a date recently, according to reports.

The Strictly Come Dancing stars were linked romantically last month but they haven’t yet addressed the rumours.

Now, in new images, Giovanni and Jowita held hands while out in London on Friday evening.

In the images, obtained by The Sun, the dancers were seen holding hands while “heading home after a date in West London”.

Giovanni, 32, and Jowita, 28, were wearing casual clothes as he sported a hoodie, tracksuit bottoms and trainers.

A source reportedly told the publication that the pair “seemed to be very much a couple”.

They said: “They seemed to be very much a couple, they were holding hands and talking to each other very closely as they walked. From their casual clothes, it didn’t seem to be a first date either.

“They looked very happy and comfortable in each other’s company.”

ED! has contacted reps for Giovanni and Jowita for comment.

Are Giovanni and Jowita dating?

An insider told The Sun: “She and Gio are the worst-kept secret, but make a great couple.

They looked very happy and comfortable in each other’s company.

“While they both kept insisting they were single, the pair’s chemistry was ridiculous — and they kept getting busted snogging in corridors. Crew even saw them kissing in the production office.”

Jowita, who won Strictly with Hamza Yassin last year, reportedly split from her boyfriend and fellow dancer Michael Daniczuk ahead of rehearsals for the 2022 series. 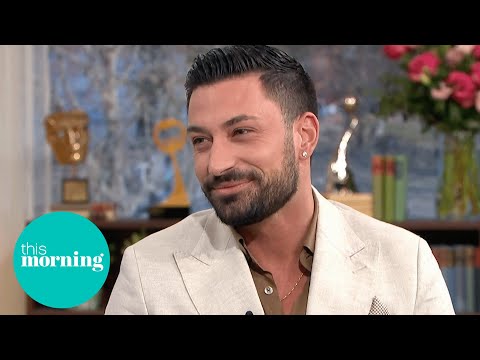 Meanwhile, reports then claimed that Hamza was secretly “devastated” by Jowita and Giovanni’s romance.

However, during an appearance on The One Show recently, Jowita and Hamza gushed over their friendship.

Hamza said: “You were fantastic, at bringing everything out, knowing my strengths and weaknesses.”

Jowita added: “I still can’t believe it, to be honest, it’s not about me, it’s all about Hamza. Meeting him at the lighthouse, I felt in my bones it was going to be great.”

The post Giovanni Pernice and Jowita Przystał ‘hold hands on date as Strictly stars very much a couple’ appeared first on Entertainment Daily.