A year after the Rust set accident, Halyna Hutchins’ family reacts to Alec Baldwin’s involuntary manslaughter charges. News of the charges broke on January 19, 2023, when the New Mexico District Attorney announced the charges against the actor and the weapons specialist working on the film.

New Mexico First Judicial District Attorney Mary Carmack-Altwies stated the Academy Award-nominated actor will be charged with involuntary manslaughter in addition to involuntary manslaughter in the commission of a lawful act. “After a thorough review of the evidence and the laws of the state of New Mexico, I have determined that there is sufficient evidence to file criminal charges against Alec Baldwin and other members of the Rust film crew,” Carmack-Altwies said in a statement. “On my watch, no one is above the law and everyone deserves justice.”

The shooting occurred on October 21, 2021, when Baldwin had misfired a prop gun that killed Hutchins and injured the movie’s director, Joel Souza, on the set of Rust, at the Bonanza Creek Ranch in New Mexico. In a statement after the accident, Baldwin expressed his “shock and sadness” over Hutchins’ death and confirmed that he’d been “fully cooperating” with the police on how the misfire occurred. “There are no words to convey my shock and sadness regarding the tragic accident that took the life of Halyna Hutchins, a wife, mother and deeply admired colleague of ours,” he tweeted at the time. “I’m fully cooperating with the police investigation to address how this tragedy occurred and I am in touch with her husband, offering my support to him and his family. My heart is broken for her husband, their son, and all who knew and loved Halyna.”

So, how did Halyna Hutchins’ family react to Alec Baldwin’s Involuntary Slaughter charges? 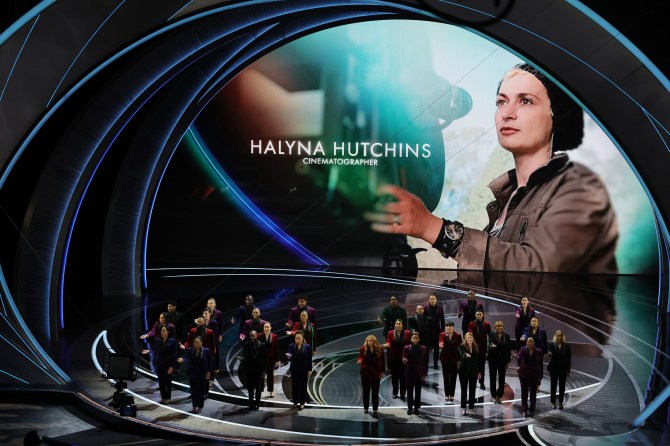 How did Halyna Hutchins’ family react to Alec Baldwin’s involuntary manslaughter charges? Attorney Brian Panish, who represents the Hutchins family, told TMZ, “We want to thank the Santa Fe Sheriff and the District Attorney for concluding their thorough investigation and determining that charges for involuntary manslaughter are warranted for the killing of Halyna Hutchins with conscious disregard for human life.” Panish continued, “Our independent investigation also supports charges are warranted. It is [a] comfort to the family that, in New Mexico, no one is above the law. We support the charges.”

In an interview with the Daily Mail, Hutchins’ husband, Matthew, confirmed that he’s been in communication with Baldwin since the accident. “I have spoken with Alec Baldwin and he is being very supportive,” said Matthew, who shares an eight-year-old son with the late cinematographer. Matthew also told Insider that he doesn’t have “words to communicate the situation” yet, which is why he hasn’t officially commented. “I don’t think there are words to communicate the situation,” he said. “I am not going to be able to comment about the facts or the process of what we’re going through right now, but I appreciate that everyone has been very sympathetic. I think that we will need a little bit of time before we can really encapsulate her life in a way that is easy to communicate.” Matthew Hutchins was also named an executive producer of Rust.

Baldwin’s attorney Luke Nikas of Quinn Emanuel told People on Thursday, “This decision distorts Halyna Hutchins’ tragic death and represents a terrible miscarriage of justice. Mr. Baldwin had no reason to believe there was a live bullet in the gun — or anywhere on the movie set. He relied on the professionals with whom he worked—, who assured him the gun did not have live rounds.” He added, “We will fight these charges, and we will win.”

DA Carmack-Altwies appointed special prosecutor Andrea Reeb to oversee the case. “If any one of these three people—Alec Baldwin, Hannah Gutierrez Reed or David Halls—had done their job, Halyna Hutchins would be alive today. It’s that simple,” Reeb said in a statement. “The evidence clearly shows a pattern of criminal disregard for safety on the Rust film set. In New Mexico, there is no room for film sets that don’t take our state’s commitment to gun safety and public safety seriously.”

Jason Bowles and Todd J. Bullion, attorneys for Hannah Gutierrez-Reed, said in a statement to the outlet, “Hannah is, and has always been, very emotional and sad about this tragic accident. But she did not commit involuntary manslaughter. These charges are the result of a very flawed investigation and an inaccurate understanding of the full facts. We intend to bring the full truth to light and believe Hannah will be exonerated of wrongdoing by a jury.” 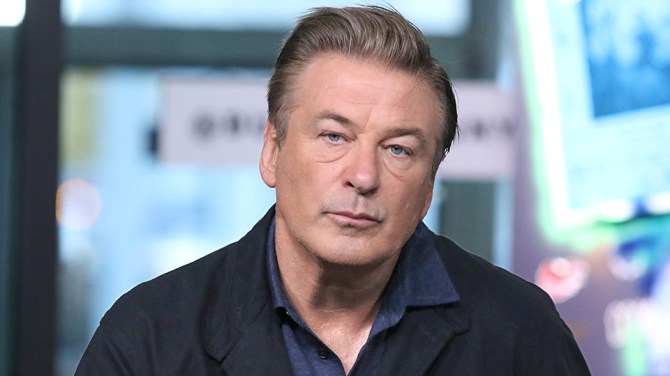 According to District Attorney Carmack-Atwiles’ statement, New Mexico law will be applied to the two charges against Baldwin, Gutierrez Reed and Halls. “The first charge can be referred to simply as involuntary manslaughter. For this charge to be proved there must be underlying negligence. Under New Mexico law, involuntary manslaughter is a fourth-degree felony and is punishable by up to 18 months in jail and a $5,000 fine. This charge also includes the misdemeanor charge of negligent use of a firearm, which would likely merge as a matter of law.”

The statement continued, “The other charge is involuntary manslaughter in the commission of a lawful act. This charge requires proof that there was more than simple negligence involved in a death. This is also a fourth-degree felony punishable by up to 18 months in jail and up to a $5,000 fine. This charge includes a firearm enhancement or added mandatory penalty because a firearm was involved. The firearm enhancement makes the crime punishable by a mandatory five years in jail.”

On October 5, 2022, Baldwin settled with Halyna Hutchins’ estate for an agreement to continue filming Rust in January 2023. “We are pleased to announce today the settlement of the civil case filed on behalf of the family of cinematographer Halyna Hutchins,” Baldwin posted on his Instagram. “Throughout this difficult process, everyone has maintained the specific desire to do what is best for Halyna’s son.  We are grateful to everyone who contributed to the resolution of this tragic and painful situation.” Halyna’s widow Matthew Hutchins will be brought to executive produce the film and will receive a portion of the film’s earnings. “I have no interest in engaging in recriminations or attribution of blame (to the producers or Mr. Baldwin),” Hutchins said in a statement. “All of us believe Halyna’s death was a terrible accident. I am grateful that the producers and the entertainment community have come together to pay tribute to Halyna’s final work.” However, with the news of Baldwin, Gutierrez Reed and Halls charges, Rust’s filming was delayed once again.