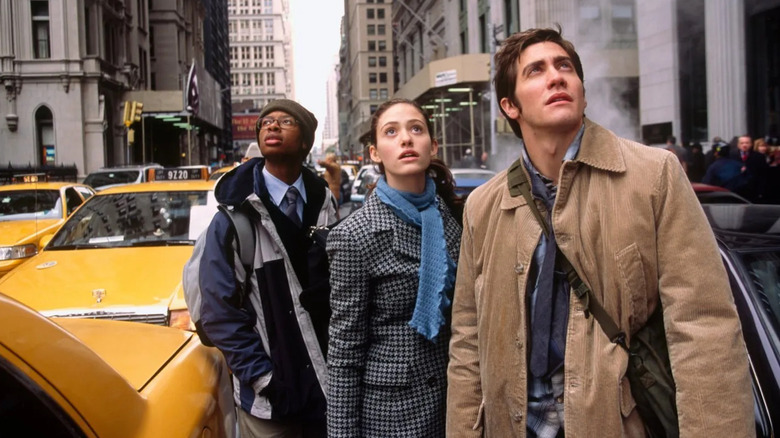 I am by no means a film snob and like my movies in all shapes and sizes. I did my graduate research on Scorsese, and yet I host a B-movie podcast. The point is, every movie is different, and that’s a good thing. Some carry important social messages, others are brimming with artistic merit, and sometimes movies are meant to be pure entertainment.

In 2019 Martin Scorsese took Marvel Studios to task in saying, “that’s not cinema.” His sentiment is nothing new. The art vs. spectacle debate has been happening since the silent era of film. Then, Erich von Stroheim made lengthy, plodding films that were layered in irony and rooted in realism. On the other end of the spectrum, Cecil B. DeMille produced fanciful movies that were more style than substance and made to grab larger audiences.

Not that I’d dare argue movies with Scorsese (so my humble apologies if he happens to be reading), but blockbuster movies like Rolland Emmerich’s “The Day After Tomorrow” are very much cinema. His global disaster movie manages to turn the weather into a bonafide monster, making it exactly the type of movie that demands we see it in the theater.

Just ask the visual effects supervisor on the film, who made the impossible happen by turning New York City into a frozen wasteland.

‘How The Hell Are We Gonna Do This? 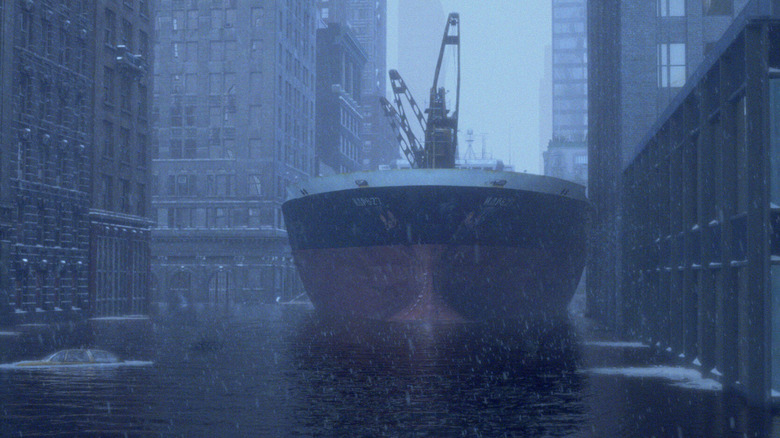 “The Day After Tomorrow” is a great-looking film and when you view it today, it might surprise you that it was made in 2004. Much of the credit goes to the visual effects team and VFX supervisor Karen Goulekas. When asked to turn NYC into a post-apocalyptic, frost-bitten wasteland, Goulekas questioned if she had the tools to do it. In an interview with SYFY, Goulekas shared her concerns, saying:

According to Post Magazine, they started with a team of nine artists using a low-resolution geometry model of New York City to pre-visualize the storm tide sequence that leads to a frost-covered NYC. From there, they had to capture high-resolution images of the city from multiple angles. The process allowed them to digitally re-create New York City down to the inch, and then use CGI to coat it with ice.

“We’d have to get clearances to get on a first floor, a middle floor, up on the rooftop,” Goulekas said. “And it was cold. But [the photographers] were troopers. They were out there every day and gathered a few hundred thousand textures.”

Those thousands of images also helped the visual effects team create a CGI effect of a giant tanker making its way down a frozen Fifth Avenue, one of the many impressive shots in the film.

Creating A Frozen Wasteland On A Comfy Soundstage 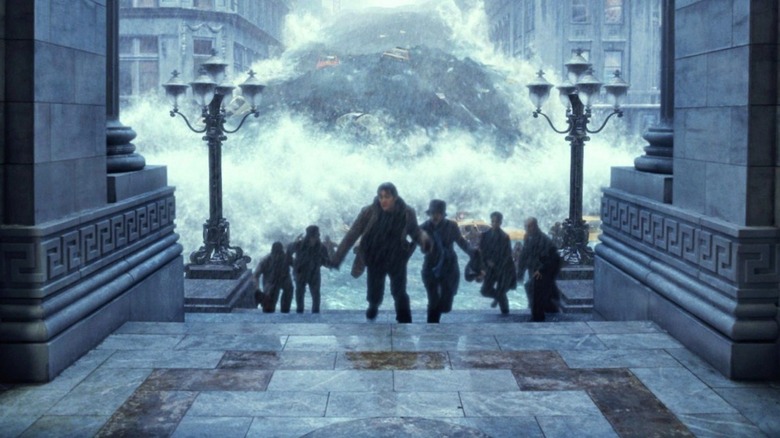 “The Day After Tomorrow” had a massive budget of $125 million, and easily recouped that with a worldwide box office draw of $552 million. It shows that even with a ludicrous narrative of an instantaneous ice age, audiences can’t turn away from a good disaster flick, especially ones that look like “The Day After Tomorrow.”

In an interview with Vanity Fair, Jake Gyllenhaal gave away some secrets about how New York was turned into a frozen wasteland on an 80-degree soundstage. The actor said:

“We were filming in Montreal in the dead of winter and Quebec winters are not for a slouch. It was freezing and yet we were shooting on a stage, a massive stage, that was heated to 80 degrees and then we were shooting in fake snow inside that stage pretending like we were freezing cold. That just sort of encapsulates the absurdity of what movies are and how you desperately need your imagination in order to make these things work.”

The voting members of the Academy of Motion Picture Arts and Sciences must have a bias against the spectacle in cinema. Granted, no Best Actor awards are ever going to come out of these campy disaster movies. However, their achievements in special effects should not be discounted. Although “The Day After Tomorrow” won a BAFTA (the British Academy of Film and Television Arts) award for Best Achievement in Special Visual Effects, it wasn’t nominated for an Oscar.

While blockbusters are often cash grabs for the studios, it’s serious business for the effects teams behind them, even if they’re considered entertainment rather than art. Goulekas, who earned another BAFTA for her work on “The Fifth Element” in 1997, is still waiting for her first Oscar nomination.

The post How The Day After Tomorrow’s VFX Team Transformed New York Into A Frozen Wasteland appeared first on /Film.