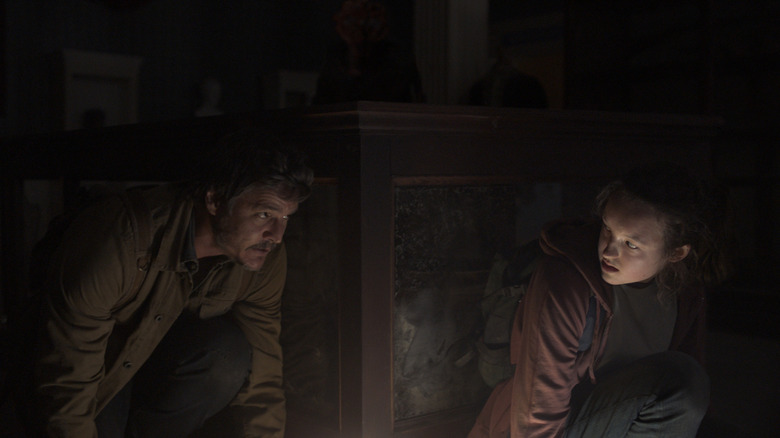 This post contains spoilers for “The Last of Us.”

The series premiere of “The Last of Us” had a unique set of goals to accomplish. As a prestige television adaptation of the beloved (and in its own way, equally as prestige) video game series, the first episode needed to prove its reverence for the source material to gamers. At the same time, it needed to immediately establish itself as separate from its origin tale by changing enough details to create intrigue for diehard fans and newcomers alike. By recreating pivotal scenes from the game and reimagining other key details, the series premiere succeeds in striking a perfect balance to please both audiences.

The series made several notable changes to plot points from the early portion of the game. The biggest is the timeline; the game begins in 2013 when the Cordyceps brain infection takes hold of society. Comparatively, the show begins in 2003. This was clearly done so that the 20-year time jump from the game could put the series in present-day 2023. Given the current pandemic we’re all living through, this choice forces the viewer to imagine a barely-alternate timeline where infection is inescapable to the point of apocalypse.Another interesting change is Joel’s (Pedro Pascal) age. He begins the games turning 32, but he’s celebrating his 36th birthday in the first episode of the TV show. This would make him 56 instead of 52 for the bulk of events in HBO’s timeline. Although a minor detail, I believe aging Joel up for the show adds to his haggard disposition. He’s lived more life before the Cordyceps pandemic, which will naturally increase his weariness and longing for the past. Being older will also make the physical wear of Joel’s exploits more believable — and perhaps, more pitiable. 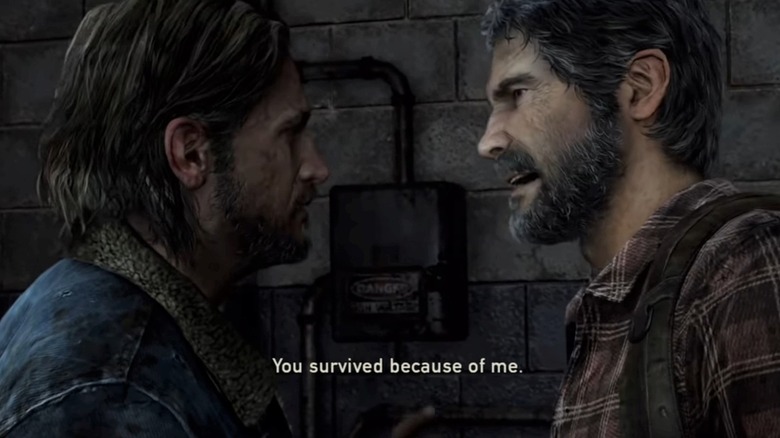 Another major difference between the games to the series is the dynamics of key relationships. In the game, Marlene (Merle Dandridge) and Ellie (Bella Ramsey) were clearly acquainted, even protective of one another, when Joel and Tess first encounter them. This is because Marlene promised Ellie’s mother that she’d take care of Ellie after her death. Ellie is resistant to leaving Marlene to travel with Joel initially, but in the series, Ellie and Marlene have a contentious relationship. It is hinted that Marlene knows who Ellie is, but the reverse isn’t true. This was likely done to make the de facto antagonist clear. By taking away Marlene’s warmth, we as viewers can quickly identify who to root for.

The reason Tess (Anna Torv) and Joel confront Marlene also changed. Robert had stolen weapons from the pair to repay a debt to the Fireflies and when they demand them back from Marlene, she goaded them into smuggling Ellie out of the city to get the weapons back. The series increased the stakes of the trip because instead of weapons, Robert sold Marlene a car battery Joel planned to use to get to his brother Tommy (Gabriel Luna). This, in turn, changes the nature of Joel and Tommy’s brotherhood. They hadn’t spoken in years in the game, and when they finally reunited, Tommy had some resentment toward Joel for past transgressions against him. Keeping Joel’s ties to Tommy strong in the series further softens Joel to viewers. He’s not simply taking Ellie to the Capitol building to get back some weapons; he is on a noble quest to potentially save his brother. Ellie is simply added cargo. Without dozens of hours of gameplay to work with, TV audiences must immediately buy into Joel as a protagonist, and these changes accomplish that. 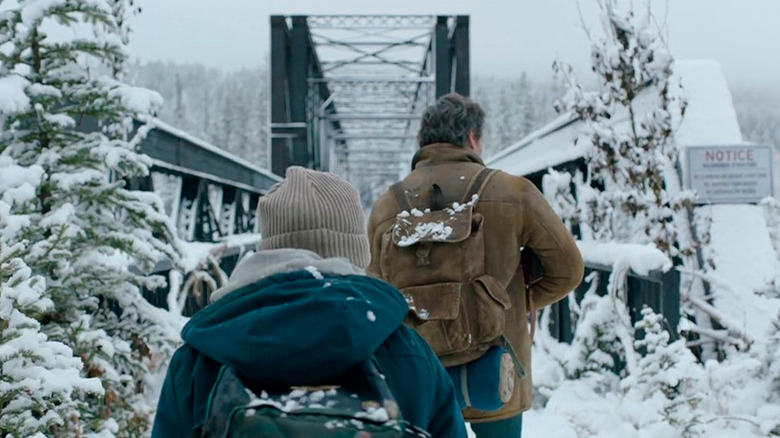 Many departures from the game’s story weren’t outright changes, but rather added context for previously unexplored game elements. For example, portraying more of the Federal Disaster Response Agency’s (FEDRA) militant rule over survivors in quarantine zones. Everything players of the game know about FEDRA is learned by hearsay from the characters. Officers aren’t encountered during gameplay — their oppressive presence is merely implied.

However, in the series, we see them brutally enforcing curfews and capital punishment in the form of hanging for “unlawful” passage through quarantine zones (QZs). The Fireflies formed in defiance of such martial law, so seeing more of that from the beginning of the series may make later explanations of the Firefly cause seem more reasonable.

Viewers are given more detail about life in the QZs to drive home the bleakness of the world. We see a child arriving at the Boston QZ already infected, but told by an officer that after a “medicine” shot, he’ll be given ice cream. We later see Joel burning the boy’s dead body, leading the viewer to conclude his “shot” was a lethal injection to mercifully kill him before he turned. We also see Joel bartering with a FEDRA soldier, trading smuggled drugs in exchange for ration cards. Gamers know Joel as a smuggler, but writers of the series contextualize his smuggling in a more practical way. To survive, Joel uses his stealth to serve himself. He can be cunning, and political when necessary to achieve his ends.

These accouterments to the source material create our image of the fractured world Joel and Ellie must survive in. The soulless nature of the QZs will make the humanity that Ellie and Joel eventually find in each other more palpable.

A Show That Respects Its Roots 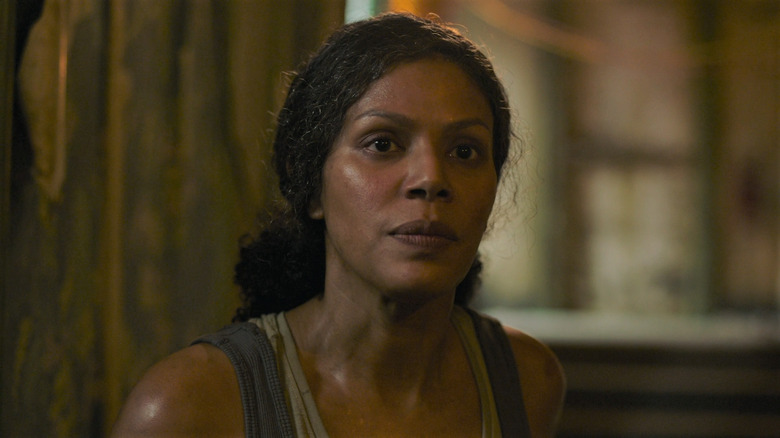 Of course, the adaptation wouldn’t be complete without multiple nods to the game. This was most evident in the first 20 minutes of the episode during Sarah’s tragic arc. The scene where she gives Joel his beloved watch for his birthday contained teasing dialogue from the game, and the final sequence leading to her death was nearly a shot-for-shot recreation of the game’s cutscene.

After Joel takes Ellie under his wing, the series’ Ellie quips lines from the game like, “You mumble in your sleep,” and “Your watch is broken,” reminding Joel of the last piece of his daughter he has left. Fine details like these are what made the story powerful to players of the game — nestled perfectly into the quiet moments of the story, giving the story its heartbeat. Newcomers to “The Last of Us” will feel just as gratified as players did when the game calls back to these tender and sometimes tragic moments.

But having Merle Dandridge reprise her role as Marlene from the game is nothing short of spectacular. It is so cool for players to see the voice of this crucial character come to life in a new way. Hearing the same voice across versions of the series transplants fans of the game back to the emotions they had during their own playthroughs. For newcomers, they get to experience Dandridge’s excellent acting for the first time, with the added benefit of the actress having grown into the character more over time.

With game creator Neil Druckmann heavily involved in the production, it is clear that co-creator Craig Mazin respects the origins of this epic story. The parts of the game that work, really work, and it’s encouraging that they were left unscathed in the writing for the TV series. While keeping the best parts of the game and being playful with others, episode one of “The Last of Us” has set a promising stage for weeks to come.

Read this next: 12 Things We’d Like To See In HBO’s The Last Of Us

The post How The Last of Us Episode 1 Compares to the Original Video Game appeared first on /Film.