When Chilean filmmaker Maite Alberdi decided to document the impact of Alzheimer’s on married couple Augusto Góngora and Paula Urrutia, she expected to take her time. “I expected to make a film for 10 or 20 years,” the director said ahead of its Sundance premiere. “My producers always wanted to know what the deadline was. I really wanted to be with them until the end.”

As it turns out, the Oscar-nominated director of “The Mole Agent” reached that point much faster than expected. The isolation of the pandemic meant that Góngora, a revered journalist known for his reporting on the Augusto Pinochet dictatorship and its aftermath, lost touch with reality at an accelerated pace. “We didn’t expect him to deteriorate so fast,” Alberdi said. “The 12 months of a year was like 12 years given how he lost his vocabulary and mobility.” At one point, Góngora said he felt as though he were no longer present. “For us, it was really clear,” she said. “He was conscious that he was not there.”

The result is one of the most personal depictions of Alzheimer’s ever captured on camera, a poignant marriage story, and a national metaphor. As Alberdi assembled some 40 hours of footage in addition to 20 more that Urrutia captured when the couple was alone, the movie evolved beyond intimate drama to explore how the historical trauma of dictatorship can fade with time. Even as Góngora begins to forget his surroundings, he seems to recall the struggles of the past in acute detail, including the murder of his colleague. He also recalls in great detail how he reacted to the thousands of people who went missing during Pinochet’s rule.

“That constructed the whole idea of memory in the film for me,” Alberdi said. “You have to reconnect with historical memory through pain and empathy.”

Alberdi first encountered the couple in 2018 while teaching at a Chilean university where Urrutia directed local productions. While visiting a rehearsal, Alberdi noticed that Urrutia allowed her husband to sit in the room and ask questions about what was going on around him when he grew confused. They seemed to be having fun together despite his evident dementia. “I was completely focused on how they can have a loving relationship, how they can have desire, in spite of the loss of memory,” she said. “I could not believe they were still a couple.” 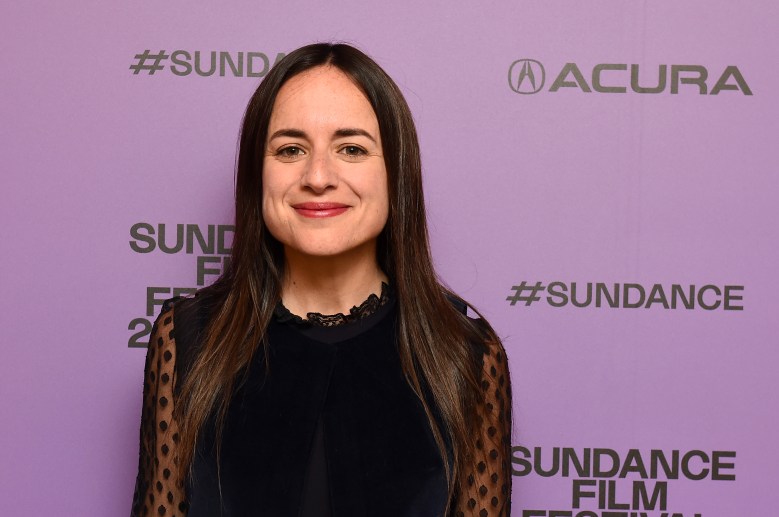 “The Eternal Memory” arrives at Sundance seeking U.S. distribution as Chile experiences vast institutional changes, including a recurring attempt to revise its constitution for a new democratic era. The film captures the country’s rapid upheaval, with the couple’s struggles speaking to the desire to maintain a foothold in the world that brought them together. An opening scene finds Urrutia, a veteran actress and former cultural minister of the arts, waking up with her husband to explain their relationship and love for each other, as she has done many times before.

Their emotional dynamic — and its broader connotations — weren’t part of the original plan. “Paulina didn’t see a love story there,” Alberdi said. “She saw it as an important Alzheimer’s archive, more of a medical situation.”

It was Góngora, in a moment of lucidity, who encouraged his wife to allow the project to become a part of their lives. Having spent much of his life in front of the camera, he expressed a desire to be transparent about his devolving state of mind. “Paulina always told me he was always concerned shooting precariousness and fragility,” Alberdi said. “When he was afraid, he was staring at the camera. It was natural for him.”

The pandemic meant she relied on Urrutia to capture much of the footage on her own. She wound up with a surprising amount of personal moments between the couple, some even too intimate for what she had in mind. “It was so delicate,” she said.“Because of their intimacy, there’s a lot we could have shown but it was a question of what was tolerable for the audience.”

She was gratified to discover that the movie offered a portal to Chilean history, placing it alongside other contemporary cinema that wrestles with the country’s past, from Patricio Guzmán’s “Nostalgia for the Light” to Pablo Larraín’s “No.” The movie foregrounds their relationship while showing how it was forged in an era defined by resistance. “This film invites you to feel the history, not only to see the facts, but to see the facts from the present,” Alberdi said.

That gave her undertaking an activist hook. While the 40-year-old documentarian was raised in a household with direct memories of the Pinochet era, the period continues to recede into the history books. “Now there is a whole generation that only reads facts and doesn’t believe the story,” she said. “My generation and older ones hear and feel the pain.”

Alberdi recognized that the success of “The Mole Agent” (which is currently being developed as a TV series) followed by “The Eternal Memory” might make it look like she’s doubling down on cinematic explorations of old age. “More than the aging process, it’s fragility or dependency,” she said. “My concern for it is more about integration — how can you embrace fragility and not be afraid of it? How do we socialize with that in a normal way? As Paulina has said, the only way we evolve as a society is for everyone to take care of another human being at some point in our life.”

“The Eternal Memory” premieres at the 2023 Sundance Film Festival. It is seeking U.S. distribution.