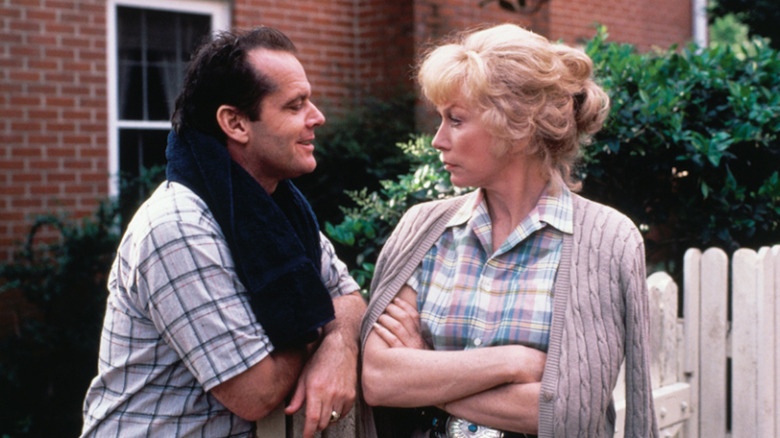 For most of his career, Jack Nicholson had a reputation for being a hard-partying womanizer, which often gained more attention than his acting ability. Even on-set, he seemed to exude a roguish, lascivious energy that prompted Kim Basinger, who worked with him on 1989’s “Batman,” to remark: “He’s the most highly sexed human being I’ve ever met. He’s just the devil.”

These days the now-reclusive star has given his chaotic antics up, and we as audiences haven’t had a chance to see him act since 2010, when he appeared in James L. Brooks’ “How Do You Know.” The romantic comedy made for an anti-climactic ending to one of the most monumental Hollywood careers in the industry’s history. This is a shame because a few decades earlier, Brooks had helped Nicholson remind everyone he was more than his off-screen reputation and reassert his talent and intelligence as an actor with 1983’s “Terms of Endearment.”

Nicholson won his second Oscar for his supporting role as former astronaut Garrett Breedlove in Brooks’ comedy drama. In fact, the movie was a comeback of sorts for the actor, who had struggled to find new roles in the years prior. “Terms of Endearment” also gave Nicholson the chance to send up his notorious reputation by playing a retiree who embraces a life of one-night stands in his twilight years. At one point he even foreshadows Basinger’s comments by telling his love interest: “You do bring out the devil in me.” But the movie, the script for which brought Nicholson to tears, also allowed him to subvert that reputation, with Breedlove eventually going on to display a more tender side through his relationship with Aurora Greenway (Shirley MacLaine). Which is exactly what Nicholson needed for his comeback. 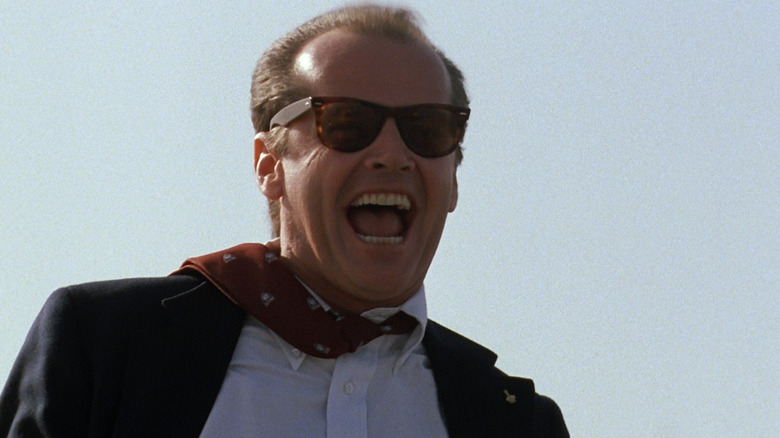 In 1985, two years after “Terms of Endearment” debuted, Jack Nicholson reflected on his career in a wide-ranging interview which, to this day, contains some of the most poignant insights into his life he’s ever offered. The actor explains how he’s always believed that “The entire theatrical enterprise is to undermine institutions,” and says his own success is a result of him being, “Reflective of an earlier audience who didn’t find the movie conventions of their time entertaining any longer.” This allowed Nicholson to, in his words, “Surf-ride on that sociological curve,” embodying the evolving tastes of a culture that was quickly throwing off the repressive mores of earlier decades.

So, when it came time to reintroduce himself with “Terms of Endearment,” Nicholson embraced his subversive theory that film should always undermine by taking note of what Hollywood was churning out at the time. In his words, the mid-’80s was replete with nothing but, “Offshoot[s] of student humor and preoccupation,” and the Oscar winner was determined to go against that trivial grain:

“That’s why I went with ‘Terms of Endearment.’ It was the most human script I’d read in years, and I just knew it would be successful. Why? Product difference. To a studio executive who’s in a more intense flow, product difference looks like danger. But to someone like myself who is one step removed, that’s what you’re looking for. That wave is going to break, believe me. A lot of good things will get made that haven’t been done yet.”

Evidently, Nicholson felt this was going to be a major step for him. He told the Chicago Tribune that, “‘Terms of Endearment’ was going to be a whole new phase,” providing, “Characters whose stories were less extreme so that there was more room for behavior.” 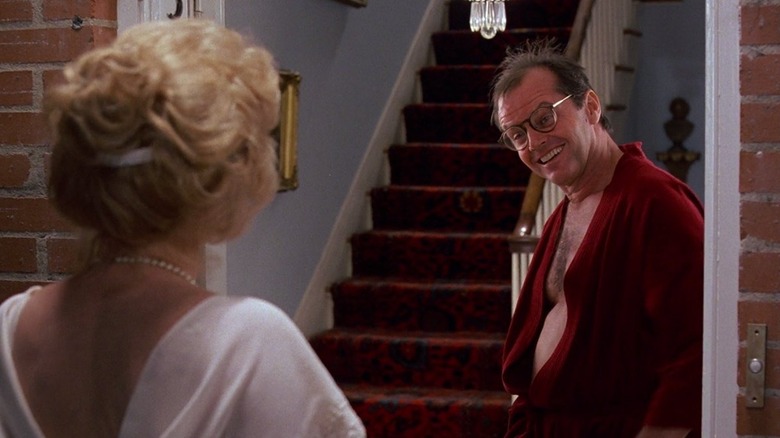 Even back when he was acting in low-budget horror fare in the ’50s and ’60s, Jack Nicholson was preparing for his opportunity to take on more nuanced roles. Throughout his time in Hollywood, he maintained that the key to a successful career was the study of the craft so that when your break comes, you’re ready. In his case, that took the form of diligent reading and numerous acting classes and coaches, who he cites in his Chicago Tribune interview as being the impetus for taking on “Terms of Endearment.” Here’s what he had to say:

“This grew out of my acting teachers who all said the same thing, ‘Jack, it doesn’t have to be complicated. Be simple. Relate. Let us see what you really feel. That’s good enough for us, Jack. You don’t have to bring World War III on stage with you every time you work.’ And I’m still working on achieving that.”

Listening to his acting instincts in this way obviously paid off. Aside from netting him his second Oscar, “Terms of Endearment” was a financial and critical success, with critics praising it for its emotional aspect — just as Nicholson had intended. What other actor could have predicted so precisely that the film, which resoundingly rejected the “student humor and preoccupation” of other successful movies at the time, would prove to be so successful? It’s insightful calls like this that so satisfyingly negate the view of Nicholson as a roguish party animal and reaffirm Stanley Kubrick’s assessment of Nicholson as one of the most intelligent actors in history.

Read this next: The 14 Greatest ’80s Romantic Comedies Ranked

The post Jack Nicholson Wanted Terms of Endearment to Begin ‘A Whole New Phase’ of His Career appeared first on /Film.