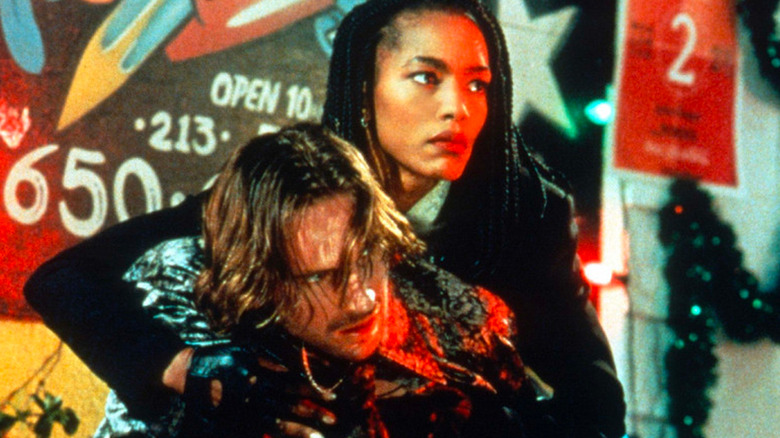 “Strange Days” is a film that promises a heck of a lot. In 1995, it was touted as a tech-y, grungy neo-noir set nearly five years in the future. Its apocalyptic setting — as well as the fictional tech that immerses characters into the memories of others — only gains relevance as time goes on. “Strange Days” predicted so many features of our present-day dystopia: the rise of social media (and the parasocial addictions that come with it), tech voyeurism, the perpetuity of police brutality, body cam exploitation, and smartphone journalism. At the same time, it accurately dramatizes the Y2K hysteria that would come to a head in the late ’90s.

It’s impressive enough that the Kathryn Bigelow-directed film precludes most of the above by at least five years, but it’s made all the more interesting with the knowledge that James Cameron — who developed the story and co-wrote the screenplay with Jay Cocks — first got the idea for “Strange Days” almost a decade before its release.

It Takes A Village 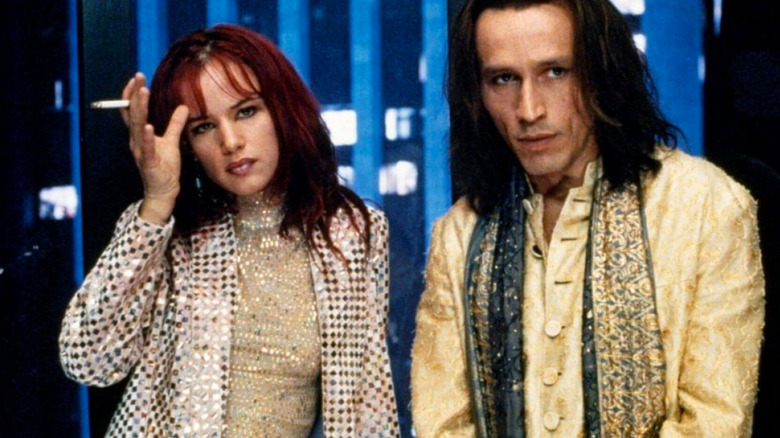 Cameron spoke a lot about the development of “Strange Days” after the film’s release. In a 1995 interview with Bobbie Wygant, the filmmaker traced his initial idea to the mid ’80s. “The original idea was, I think, from almost 10 years ago,” Cameron recalled. “The funny thing is nine years ago I was writing it on a legal pad, I wasn’t even working on a word processor, you know?”

In an interview with Omni Magazine, Cameron revealed even more about the writing process. He pitched the story to then-wife Bigelow in the early ’90s, with an “unwieldy,” 90-page treatment (one of Cameron’s infamous “scriptments“). “I wound up with a lot of stuff in the treatment, a lot of texture,” Cameron explained. “It was practically a novel, [but] it needed structure. It was so Byzantine and had so much in it.”

After an initial first draft in 1994, Cameron pivoted to direct “True Lies.” The script passed to writer and critic Jay Cocks in the interim. “Jay did a draft, did a great job structuring ‘Strange Days,'” Cameron continued. “Then I came back and did a dialogue polish on top of his draft.”

‘The Passive Role Of The Viewer Is Part Of The Comment’ 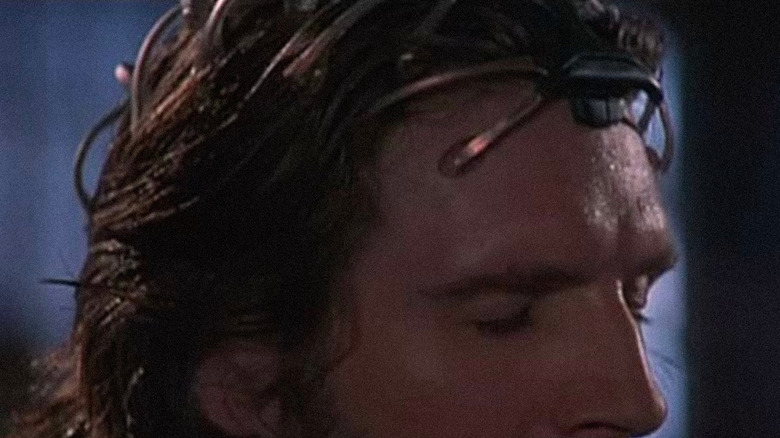 Admittedly, the “Strange Days” script still isn’t completely without flaws — the dialogue is still a bit clunky, and it juggles one too many mysteries in two and a half hours. But Cameron still named it “the best script” he’d ever been involved in at the time — and that probably has a lot to do with the intricacy of the technology he helped create, and all the technological advancements it helped predict.

Wygant observed that “Strange Days” was pretty much “ahead of virtual reality and ahead of the internet.” Taking it a step further, though, Cameron admitted that it was much more about immersive spectatorship:

“Technically we’re saying it’s not virtual reality because in virtual reality you interact with a computer-generated environment, and this is really the passive playback of somebody else’s experiences. So. in a way … the passive role of the viewer is part of the comment. It becomes another entertainment-like video, or even almost like drugs in a way in that the character becomes addicted to it.”

Now that we have a more accurate parallel to that passive playback — and in so many different areas of society — “Strange Days” feels all the more prescient. With all the strides we’re continuing to make with technology, that feeling of deja vu will likely only multiply as time goes by.

Read this next: Sci-Fi Movies You Never Realized Were In The Same Universe