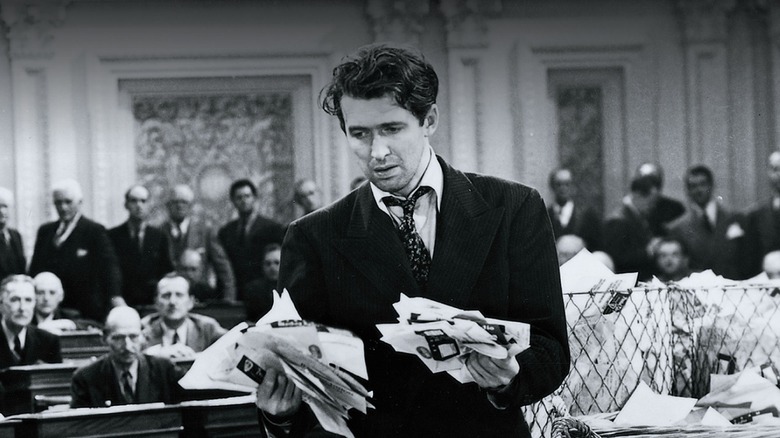 1939’s “Mr. Smith Goes To Washington” made James Stewart a star. And it’s a good thing, too, considering how committed the actor was to the role of Senator Jefferson Smith. No further example is needed than the Filibuster scene, which necessitated a doctor be on-hand after Stewart requested a physician give him mercury dichloride to induce a sore throat and make his protracted speech and the resulting exhaustion more believable.

But if realistic exhaustion was what Stewart was after, he need only have turned to the film’s director. Frank Capra was arguably the biggest filmmaker in Hollywood in the late 1930s, and had established a solid reputation as something of a perfectionist. Gregory Peck would later call Capra, “a very strong, determined, hands-on director,” which was, in reality, putting it mildly. According to TCM, the Oscar-winning director paid fastidious attention to recreating the US Senate chamber on Columbia’s soundstages — making a trip to Washington D.C. and asking cameraman Joe Walker to shoot backgrounds, and a “still-photo crew to photograph the thousand and one details of the Senate — walls, doorknobs, chandeliers, etc. — with a yardstick in each shot as a dimension parameter for the studio set builders.”

Having ensured his sets were as realistic as they could be, Capra needed some stars for his big political comedy drama. And for his “callow, hayseed Senator” he cast “solely by instinct,” recruiting Stewart on-loan from MGM. Capra had previously worked with the actor on his 1938 romantic comedy “You Can’t Take It With You,” where the pair got along well. And “Mr. Smith” was to be no different — even if Capra did make his star break one of his personal acting rules in the process. 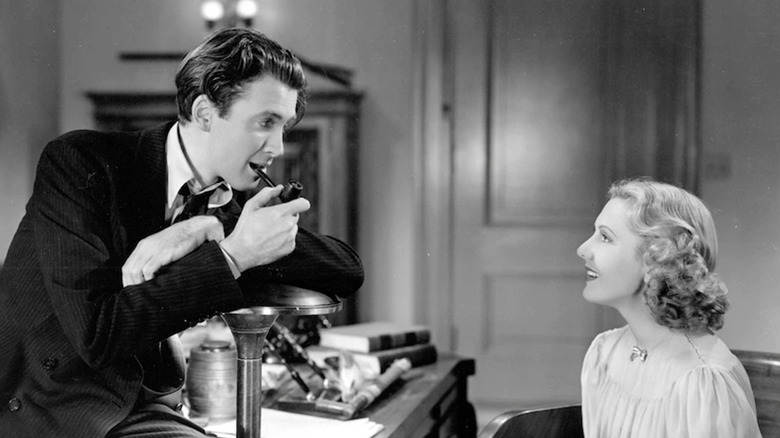 Frank Capra is known for championing idealism and courage in his films, but beyond relying on these grand themes to define his work, he also had a perfectionist streak that caused him to pore over every detail of whatever project he was working on. According to Roy Pickard’s “Jimmy Stewart: A Life In Film,” with “Mr. Smith,” Stewart would discover just how committed Capra was to getting things right, right down to watching, “rushes and rushes, and yet more rushes.”

At MGM, Stewart had made a point of staying away from the daily rushes — the footage shot that day — preferring not to let his performances get swayed by watching himself during filming. Now, on loan to Columbia and under Capra’s weighty influence, Stewart would break that personal rule after being offered a ride home by the director and the chance to watch the dailies in his private projection room:

“The first time I stopped off at Capra’s house I was there an hour and forty minutes. There was take after take, from every angle. He really covered himself. Every scene from every angle. Well, I didn’t stay to the end.”

Stewart was given a striking insight into his director’s perfectionism in these moments, quickly learning that while he, too, was committed, it wasn’t in the same way as Capra:

“The next night it was clearly going to be even longer! After an hour I turned to Frank. He was fast asleep. Well, I didn’t wake him or anything. I waited through the whole thing, but at last I said: ‘Frank, I got sort of against rushes at Metro. If it’s all right with you I don’t think I want to see anymore.'” 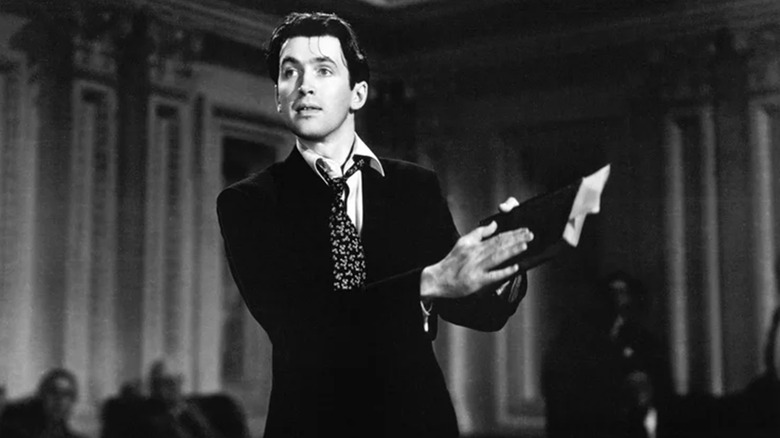 Almost 50 years after “Mr. Smith Goes To Washington” debuted and helped cement Stewart’s star power, the leading man spoke to Roger Ebert about his issues with watching himself on-screen, saying:

“When I was in a scene, the only person I could look at was myself. I wouldn’t have any idea how the scene played, or whether it worked, because I’d be thinking, ‘They had another shot that was better – why didn’t they use that one?’ Or ‘Why do they let me talk so slow? And why do they show me scratching my nose?'”

Stewart was clearly uncomfortable with watching himself in general, and it seems that his experience in Capra’s private screening room only made that worse. He went on to explain in his 1987 interview that he, “never went to sneak previews” and hadn’t, “gone to see the daily rushes in 50 years.” It seems that final hour spent with the “Mr. Smith” dailies was likely the last time Stewart would transgress his personal rule, staying away from rushes for the rest of his career.

All of which makes sense considering he’s known for eschewing much of the glitz and glamor that comes with a life of celebrity — preferring instead to maintain his dignified everyman allure even while becoming one of the biggest stars in Hollywood. Refusing to watch himself on-screen just adds to that image of Stewart as the morally upstanding leading man who somehow resists the trappings of celebrity.