Jane McDonald once said she’d never talk about her ex partner in a “bad light” in a candid confession.

The TV star, who is on screen today in a repeat of her show Cruising with Jane McDonald, made the admission in 2018.

Jane made the comment about her ex-husband Henrik Brixen. They were married from 1998 to 2003.

Henrik was a ship’s plumber, who later became Jane’s manager.

However, he previously admitted he didn’t understand the music industry and he and Jane split for the sake of her career.

Speaking to the Mirror in 2018, Jane said: “Henrik tried his very, very best and he was brilliant at what he did, but he didn’t know the industry.

“We’d come to a point where Henrik had made quite a few enemies and he said, ‘If I don’t leave you, you are never going to have a career.’

“And that is why I never talk about Henrik in a bad light at all because he was the one that walked out of the marriage to save my career.”

Jane previously spoke about their marriage in a separate interview.

Speaking about their marriage breaking down in 2002, Jane told the Daily Mail in 2008: “I was gobsmacked when it didn’t work out. I sat at home for six months with the shutters down until my mum said, ‘Come on, get off your backside.’

“I didn’t even want to leave the house – I felt such a failure I didn’t want to see anyone.”

She added: “I started to question my choices in every way. I thought I had it all, but it was the most unhappy time of my life, in many ways. I was with the wrong person, fundamentally. And when it all went wrong, I felt like everything had been ripped out from under me.”

That is why I never talk about Henrik in a bad light at all.

Eddie died in 2021 following a battle with lung cancer.

Earlier this week, Jane became emotional on The One Show as she opened up about Eddie’s death. 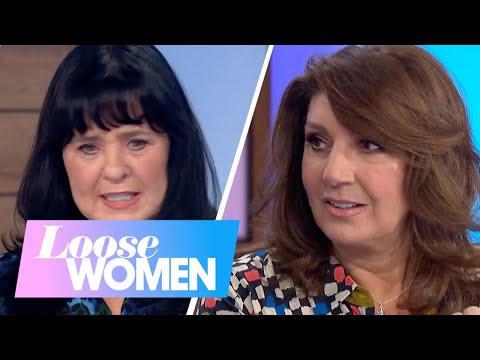 Jane on The One Show

Speaking about losing Eddie and her mother, who died in 2018, Jane said: “I just recently lost my partner and my mother at the same time.”

As her voice cracked, Jane said: “Sorry, my throat went there, always does when I talk about them. And I just thought, this is new life – go out, and…

“You’ve just got to think at the end of something comes something beautiful, a new life and that’s what we all have to remember.”

The post Jane McDonald on real reason she’ll ‘never talk about ex partner in bad light’ after he ‘walked out on marriage’ appeared first on Entertainment Daily.