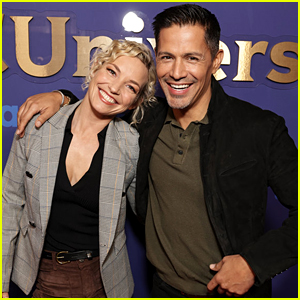 Jay Hernandez and Perdita Weeks team up to unveil the brand new trailer for Magnum P.I.‘s upcoming season on NBC!

The two stars joined showrunner Eric Guggenheim at the NBCUniversal Press Tour over the weekend to hype up the returning show, which hopped to NBC last year after it was previously cancelled by CBS.

During the panel, Eric teased that this “season is sexier. It is more romantic, more emotional.”

Check out the new trailer inside!

Perdita added that there was now a challenge for Magnum and Higgins to find a way to work together as they continue their dangerous, private investigator ways.

“[The] dynamic shifts a little bit when it’s somebody that you’re in relationship with,” Jay said.

Magnum P.I.‘s fifth season will come in two, 10-episode blocks, with the first debuting on February 19.

Check out that new trailer below!