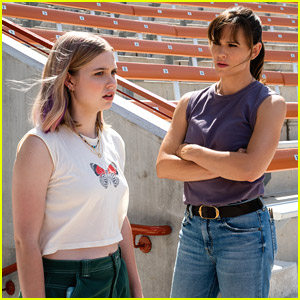 Jennifer Garner tries to get some information out of Angourie Rice in one of the first look images from their new Apple TV+ series, The Last Thing He Told Me.

The two actresses, who were both in attendance at the 2023 TCA Winter Press Tour on Wednesday afternoon (January 18), chatted up the new show, which will debut on April 14.

Based on the novel of the same name by Laura Dave, the series follows Hannah, a woman who forms an unexpected relationship with her 16-year-old stepdaughter Bailey while searching for the truth about why her husband has mysteriously disappeared.

Episodes for The Last Thing He Told Me will happen every Friday following the debut through May 19, 2023.

Jennifer took over the role of Hannah from this other major star in 2021.