In the latest Jeremy Clarkson news, Tenable host Warwick Davis has been tipped to take over from him on Who Wants to be a Millionaire?, should ITV make the decision to replace him.

The 62-year-old star made headlines in December when he launched a scathing attack on Meghan Markle in his column for The Sun.

As a result, Jeremy’s future as the host of Who Wants To Be A Millionaire? has been thrown into question – with some celebs already in the running to take over.

The controversial presenter caused uproar late last year when he declared that he “hates” Meghan.

His comments to led to many people voicing their outrage at Jeremy, including his own daughter as well as fellow celebs like Carol Vorderman and John Bishop.

The Independent Press Standards Organisation also received more than 20,000 complaints over the article.

Following Jeremy’s rant, ITV CEO Carolyn McCall revealed the UK channel has “no place” for comments like the ones Jeremy made.

The boss confirmed that they do not “endorse” the former Top Gear presenter’s views and will not “provide a platform for his opinions”.

Warwick Davis ‘to replace’ Jeremy Clarkson on Who Wants to be a Millionaire?

Since then, speculation has been rife over who could potentially take over from him as the show’s new host.

Now William Hill has revealed that the favourite to take over is none other than Warwick Davis.

Warwick is no stranger to hosting a quiz show.

The 52-year-old, of course, is currently presenting Tenable, and has been for seven years.

With a a four-decade-long-career and appearances in countless blockbuster movies, Warwick is a strong choice to be Jeremy’s replacement, should one be needed.

The dad of three is currently at 8/1 to take over if Jeremy does not return.

But the Harry Potter star isn’t the only one to be linked with the Who Wants To Be A Millionaire? hosting gig.

Who else could replace Jeremy Clarkson?

Betfair also has Victoria Coren Mitchell at 8/1, along with Susan Calman and former Great British Bake Off host Sandi Toksvig.

Good Morning Britain presenter Ben Shephard is at 9/1, and Richard Osmon is at 10/1.

Another favourite to take over from Jeremy Clarkson is X Factor and showbiz icon Rylan Clark.

The Essex native, who shot to fame back in 2012, is currently at 12/1 to be the new host, along with Alexander Armstrong.

TV veteran and former Countdown host Anne Robinson is at 12/1 too, as is The Chase host Bradley Walsh.

Rounding up the potential new hosts is Jimmy Carr who has odds of 14/1.

Lee Phelps, a spokesperson for William Hill said: “Jeremy Clarkson’s time on Who Wants to Be a Millionaire? looks to be coming to an end and we’ve priced up a list of potential replacements.

“The picture should become clearer as time goes on, but at the moment we think Warwick Davis, Victoria Coren Mitchell, Susan Colman and Sandi Toksvig are the favourites for the role at 8/1.” 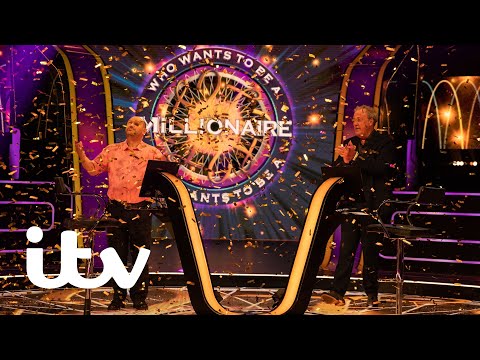 So what do you think of this story? You can leave us a comment on our Facebook page @EntertainmentDailyFix and let us know.

The post Jeremy Clarkson news: Warwick Davis tipped to take over on Who Wants to be a Millionaire? appeared first on Entertainment Daily.