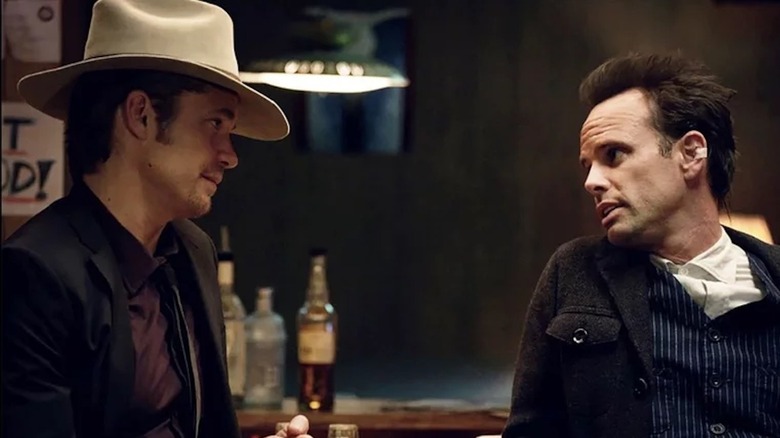 There are a lot of stories about television characters whose roles grew because of the performance of the actor, the needs of the overall story, or both. Steve Harrington, Joe Keery’s character on “Stranger Things,” for example, was originally supposed to die in season 1. Aaron Paul’s award-winning portrayal of Jesse Pinkman on “Breaking Bad” was initially intended to receive a similar fate. And Walton Goggins’ Boyd Crowder, the scenery-chewing frenemy of Raylan Givens on “Justified,” wasn’t even supposed to make it past the pilot, where Timothy Olyphant’s U.S. Marshal was initially supposed to shoot him down for good.

The “Justified” pilot does culminate with Raylan shooting his old friend (they dug coal together!), but Boyd’s ultimate fate is left up in the air. But like Keery with Steve, and Paul with Jesse, Goggins was just so good and charismatic in the role that the show’s creators decided maybe their initial plan wasn’t the best idea.

For those who haven’t seen the FX series “Justified,” the show is about a trigger-happy marshal (don’t worry —  most of his shootings are … ahem … justified) returning to his home state of Kentucky, where his old friend Boyd Crowder has become something of a backwoods criminal kingpin. The show, and in particular the pilot, is based on a story by legendary crime writer Elmore Leonard. The pilot initially ended with Raylan definitively killing Boyd by shooting him in the chest across a dining room table, but showrunner Graham Yost learned something very valuable when he rewatched the footage: Walton Goggins is just way too good to throw away after a measly hour of television.

‘We Had All Just Fallen In Love With Walton’ 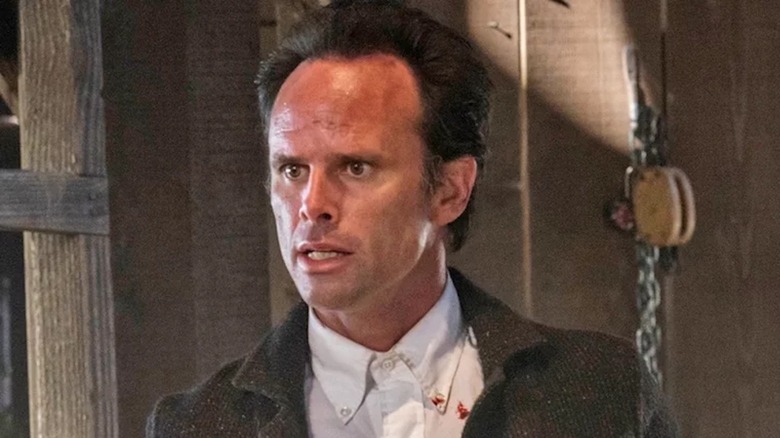 It was actually a struggle to get Walton Goggins to take on the role of Boyd, however, because as a Southerner, he didn’t like the way Crowder might conceivably become nothing more than a stereotype. Because of that, Goggins initially passed on the role. Once Graham Yost assured him he’d be able to portray Boyd as a highly intelligent man who is much more than he appears to be, however, he changed his tune.

It was Goggins’ performance, however, that kept his character alive past the first episode, as Yost explained to NPR in a 2015 interview:

“When we decided to keep Boyd alive, that was a big decision. When we shot the pilot, Boyd was dead at the end of [it]. And then we tested the show and we had all just fallen in love with Walton [Goggins] and the chemistry between Walton and Tim [Olyphant], so we decided to keep him alive.

That decision ended up being one of the best ones Yost and his crew could have made, as the show evolved from being just the story about a U.S. Marshal to a complex two-hander between characters that are, in many ways, two sides of the same coin. Goggins earned an Emmy nomination for his performance, and many of the best scenes were just pages of dialogue with Raylan and Boyd going back and forth. With the limited series “Justified: City Primeval” coming to our screens soon, we’re going to hold out hope we get at least one more of those scenes before the show is all said and done.

Read this next: The 18 Best Crime Dramas In TV History