Janice and Les Battersby in Coronation Street really made their mark on Weatherfield when they moved into number five back in 1997.

The couple arrived with Les’s daughter Leanne and Janice’s daughter Toyah and set about causing trouble for the residents of the cobbles.

The Battersbys were dubbed ‘the family from hell’ but though Leanne was a bit of a teen tearaway, and Toyah got up to some escapades with boyfriend Spider, it was Les who was the real bad apple in the Battersby barrel.

What happened to Les Battersby? And could he ever return?

Les got up to all sorts in his time on the Street. His anti-social behaviour terrorised his neighbours – he tormented poor Percy Sugden so much that Percy moved away!

He always had an eye for a fast buck and once even stole drugs from the hospital when Martin Platt was looking after him, forcing Martin to resign.

He even targeted Ken Barlow, who was giving Toyah extra English tuition. Les thought Ken was trying to seduce his teenage daughter and headbutted him!

Les’s estranged son Greg Kelly turned up in the Street, and proved to be a nasty chip off the block. Like his dad he loved a scam but he took it to extreme levels, trying to swindle Mike Baldwin out of the factory.

Greg had a relationship with Sally Webster (now Sally Metcalfe) in order to steal an inheritance, and physically abused her.

The Battersbys had a fiery marriage, and it wasn’t always very happy.

Janice put up with Les for years, until he drank the money she’d saved for the electricity bill and she was furious.

She started an affair with Dennis Stringer – who was in a relationship with Eileen Grimshaw at the time. Janice and Dennis had strong feelings for one another and when they went public, Les was devastated.

On New Year’s Day 2002, Les tried to kill himself. Dennis found him and drove him to the hospital but on the way they were in a car accident and Dennis died. Janice was heartbroken.

Janice went on to have other relationships but eventually hit it off with bin man Trevor Dean. The pair didn’t begin a romance the first time round but in 2011, he came back to Weatherfield.

He told Janice he was off on a world trip – and asked her to go too. Janice, who’d lost her job agreed.

She is still mentioned in Corrie occasionally by Leanne and Toyah.

Les met his match in Cilla Brown – mum to Chesney and Fiz. The pair were a perfect couple, always on the hunt for a scam or a way to make some cash.

Les and Chesney grew close and Ches began to see him as a father figure.

Cilla and Les got up to some proper antics during their marriage, not least their wedding day when Les crashed his car into Status Quo’s van.

And, of course, there was the legendary scene when he bought Cilla a hot tub and it fell through the ceiling.

Who played Janice and Les Battersby?

Janice was played by Vicky Entwistle. Since leaving Corrie she has gone back to the stage, often appearing in pantomine and also doing a stint in Les Miserables in the West End.

Bruce Jones played Les Battersby. Bruce had a few acting roles before he joined Coronation Street including in The Full Monty and the Shane Meadows film Twenty Four Seven.

In 1977, when he was in his twenties, Bruce found the body of one of the victims of the Yorkshire Ripper. He was treated as a suspect and he says the fallout from the grim discovery and the problems it caused to his mental health, lost him his marriage.

He talked about his experience in the Netflix documentary The Ripper.

Why did Les Battersby leave Corrie?

In 2007, Bruce was suspended from Corrie after he told an undercover reporter about future storylines and made inappropriate comments about the show.

It was later announced he wouldn’t be returning.

On-screen Les left Corrie when he got a job as a roadie for an Irish tribute band called ZZ Top O’ The Morning.

When Cilla returned for a short stint she said she and Les were no longer in contact.

Chesney does mention his former stepdad occasionally, saying how much he loved Les.

Off-screen Bruce has struggled with alcoholism and debts and has spoken honestly about his problems.

Bruce and Vicky are good friends to this day and in 2020, they appeared on Loose Women when Bruce credited Vicky with helping him through difficult times. He even said meeting Vicky was his favourite memory of his time on Corrie.

Vicky says she left the soap due to exhaustion and finding her newfound fame a major challenge.

Speaking to The Mirror in 2021 she explained: “I wasn’t prepared for the attention. It was like being dropped in the sea when you can’t really swim.

“By the time I left, I was desperate to find some peace.”

Joining in 1997, she was a main character on the cobbles for 14 years.

Her exit storyline involved her leaving Weatherfield for London with her new boyfriend Trevor Dean.

In her final scene, Janice shouted out ‘Losers’ to the residents of Coronation Street as she rode off with Trevor.

Since leaving the soap, Vicky competed on Celebrity Big Brother along with Bruce in 2013.

She exited the show during the semi-final in sixth place.

Acting wise, she now predominantly works in theatre, and has appeared in Les Misérables as well as several pantomime productions since quitting Corrie.

She has hit out at Coronation Street since leaving and in 2020 got into a Twitter spat with on-screen stepdaughter Jane Danson.

Vicky slated the show’s writers and Jane hit back saying she should be ‘ashamed’ of writing such a ‘disrespectful’ message.

Are Vicky and Bruce coming back?

There are no current confirmed plans to bring Les and Janice back to Coronation Street.

However, Bruce has said he’d like to return one day.

In 2015, Bruce appeared in Celebs on Benefits: Fame to Claim on Channel 5.

Here he detailed how he’d experienced financial ruin since being sacked from the soap.

But he remained hopeful that he’d be eventually asked to return.

He said: “I know there is still room for Les on the show somewhere.

“It would be nice to go back and relive those days. I’d like to be part of the team again. I miss them – I worked there for a long time. 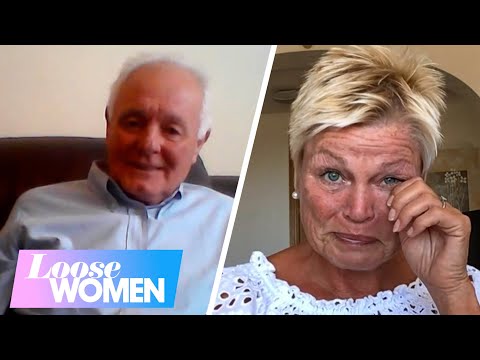 Meanwhile, it seems unlikely that Janice will ever come back on Corrie, as Vicky seems quite content since leaving the show.

In fact, she told The Mirror that she couldn’t “see” a Corrie comeback in her future.

Whereas in 2020 the pair reunited on Loose Women to discuss their time on the soap.

They both said they’d only ever return if they could come back on the soap together.

After her Twitter exchange with Jane Danson, Vicky once again hit the headlines in 2022 when she hit out at the show following the announcement Spider Nugent is coming back.

She tweeted she “might start watching again” now “the talent” was back.

This may just be the best news I have heard in the last 10 years!! Bring the Talent back!!! Might start watching now!!! 😁❤️ pic.twitter.com/pMUhNwkppv

Classic Coronation Street is on ITV3 every week day at 3pm and 3.30pm.

Do you miss them? Let us know on our Facebook page @EntertainmentDailyFix.

The post Les and Janice Battersby on Coronation Street: Why did they leave? Are they coming back? appeared first on Entertainment Daily.