Charlotte Hawkins appeared on Loose Women today as she opened up about the death of her TV friend Bill Turnbull.

The Good Morning Britain presenter became emotional as she paid tribute to Bill, who died in August 2022 from prostate cancer.

Charlotte spoke about a challenge she’s embarked on to raise awareness and money for Prostate Cancer UK in memory of Bill.

She also opened up about covering for him on his radio show because he wasn’t well enough.

Charlotte, who had worked with Bill on Classic FM, described Bill as a “dear friend and colleague”.

She said: “I am not a runner at all. You know, I hate running, usually. But I thought this is this is 26.2 miles over the course of the month.

I know he would want me to continue to spread this important message.

Speaking about Bill, Charlotte continued: “He was he was such a special person. He was lovely to work alongside.

“He was a brilliant broadcaster. He was a generous presenter to work with, he knew his stuff inside out.

“But just such a gentleman and he had such a funny, caring side at the same time. You know, he was mischievous.

“I did Pet Classics, which is a show where we play calming music for pets when the fireworks are going off, and it’s Bill’s show and it’s always been Bill’s show.

“He wasn’t well enough to do it one year, so they asked me to cover and I sent him an email, saying: ‘I’m just borrowing your show from you – have it back when you’re well enough.’”

Becoming emotional, Charlotte said: “Oh, I’m going to get upset now. But anyway, we lost him and he, he wasn’t able to come back and it’s just so sad.

“I know he would want me to continue to spread this important message.”

At the time of Bill’s death in August 2022, Charlotte paid a heartbreaking tribute.

She said on Twitter when the news broke: “Oh no, such gut-wrenchingly sad news that the wonderful @billtu has died. He was a brilliant broadcaster, not only for many years on the BBC but a much-loved colleague at @ClassicFM & @gmb.

“Such a gentleman who’ll be very much missed. I’ll be playing Strauss for you today Bill.” 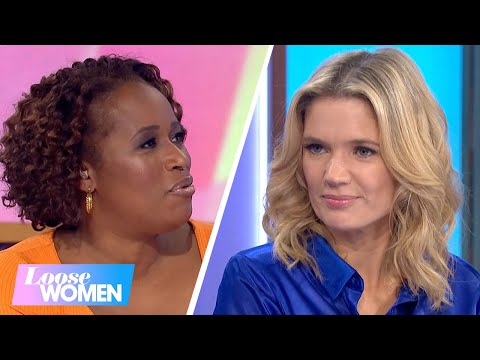 Loose Women airs on weekdays from 12:30pm on ITV1 and ITVX.