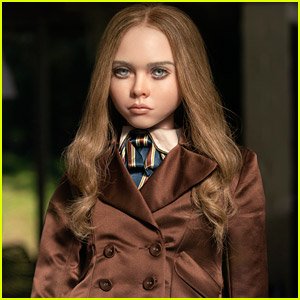 The new horror movie is horrifying and delighting plenty of viewers, and already surpassing box office expectations and winning over critics.

In the film, M3GAN is a marvel of artificial intelligence, a life-like doll programmed to be a child’s greatest companion and a parent’s greatest ally. Designed by brilliant toy-company roboticist Gemma (Allison Williams), M3GAN can listen and watch and learn as she becomes friend and teacher, playmate and protector, for the child she is bonded to. When Gemma suddenly becomes the caretaker of her orphaned 8-year-old niece, Cady (Violet McGraw), Gemma’s unsure and unprepared to be a parent. Under intense pressure at work, Gemma decides to pair her M3GAN prototype with Cady in an attempt to resolve both problems—a decision that will have unimaginable consequences.

The sequel will be called M3GAN 2.0, and is officially scheduled to debut in theaters on January 17, 2025, via Variety.

Screenwriter Akela Cooper is returning to write the sequel. Plot details have not yet been revealed.

Allison will be back for the sequel, as will Violet. Gerard Johnstone directed the first movie, but a director has not been announced for the sequel.

The movie has brought in $91 million globally to date and cost $12 million to make. Find out what Allison Williams recently said about the idea of a sequel!