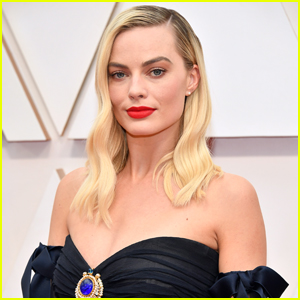 Before she became a Barbie girl, Margot Robbie had a goth phase… kind of.

The 32-year-old Babylon actor – who will play the iconic doll in director Greta Gerwig‘s Barbie later this year – opened up about the era and her taste in music at the time during a new interview.

During an appearance on The Graham Norton Show, Margot noted that she had a “very emo phase,” which she wasn’t sure she could define as “full goth.”

“I listened to like only heavy metal music, and I would dye my hair black and only cut it with a razor blade,” she recalled. “So yeah, kind of goth.”

Margot‘s style has changed, but her taste in music hasn’t shifted as dramatically. She still “genuinely” likes heavy metal.

“I remember going to the Slipknot concert,” she continued. That was around when she was appearing on Neighbours. “I have never had more people come up to me, ever, than at a Slipknot concert.”

Knowing all this will likely make seeing Margot Robbie in the first Barbie teaser trailer all the more shocking, and we love it!