Maternal is ITV’s tense new medical drama and episode 1 left us with a lot of unanswered questions – here’s our review.

The six-part series follows three female doctors as they return from maternity leave to face the challenges of working on the frontline of the post-pandemic NHS.

Here’s our review of episode 1, alongside the burning questions we have after watching ITV1’s Maternal…

***Warning: spoilers from Maternal episode 1 ahead***

Catherine’s ex, Lars, turned up at the hospital after a year-long absence and she had some big news for him – she’d had his baby and kept it a secret from him.

Lars assumed that Catherine (Lara Pulver) had terminated the pregnancy, until Catherine showed him a picture of his baby daughter Elis!

Lars was understandably shocked, and Catherine told him to “go home to your wife and family”.

Towards the end of the episode, Lars called Catherine and asked to be a part of Elis’ life.

But, it’s worth asking, will Lars leave his home in Sweden to be a father to Elis?

And will he leave his wife and children to do so?

Viewers know that Catherine’s mother has said she won’t help with childcare anymore, so Catherine will need all the help she can get.

Will Catherine accept Lars back in her life?

We’re only one episode into the ITV drama, but it’s clear Dr Helen Cavendish’s marriage isn’t a happy one.

Mum-of-three Helen (Lisa McGrillis) has returned to work as an acute medicine registrar, but most importantly as her husband Dr Guy Cavendish’s junior.

Their marriage is clearly in trouble after Guy had an affair with a younger colleague.

In couples therapy, Guy said their issues lay in the fact that Helen is unable to be intimate with him.

He said they hadn’t had sex since they conceived baby Cleo, and Helen has “refused to participate in any physical relationship”.

Tensions grew even more with junior doctor Louise, the woman Guy had an affair with, now working in acute medicine, too.

At the end of episode 1, Helen asked her husband, Guy, if he wanted to sleep with other people to save their marriage.

But Guy replied that he didn’t, he just wanted to sleep with her.

Will Helen be able to open up and trust her husband again? Or is there marriage heading towards divorce?

Will Maryam be able to get past the loss of her patient?

It was devastating to watch paediatric doctor Maryam Afridi (Parminder Nagra) as she tried to save her young patient Edward Williams.

Edward had a complicated heart condition that meant he couldn’t have a lot of medicines and antibiotics.

And then junior Dr Simon Segman neglected to report a urinary tract infection in the patient, things grew more complicated.

Maryam did her best to revive Edward, but devastatingly he didn’t survive.

Later, Maryam broke down as she watched her own son sleeping in his bed.

Viewers discovered that Maryam has struggled with her mental health before, so we’re worried about Maryam’s future.

As she told her husband, Raz, earlier in the episode: “If I can’t deal with life and death situations, then I can’t go back.”

Can Maryam cope, or will she have to leave her job as a doctor behind?

After Catherine’s reunion with her baby daddy Lars, she turned back to Jack.

They slept together, but it’s clear she still has feelings for Lars, too.

With both her exes Lars and Jack back in her life, which one will she choose?

Jack even questioned if baby Elis might be his… Is it possible that Jack is Elis’ father and NOT Lars? 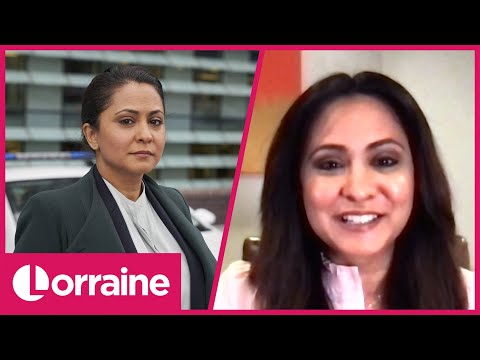 What did you think of episode 1 of Maternal? Leave us a comment on our Facebook page @EntertainmentDailyFix and let us know what you think.

The post Maternal on ITV: All the questions we have after episode 1 of tense medical drama appeared first on Entertainment Daily.