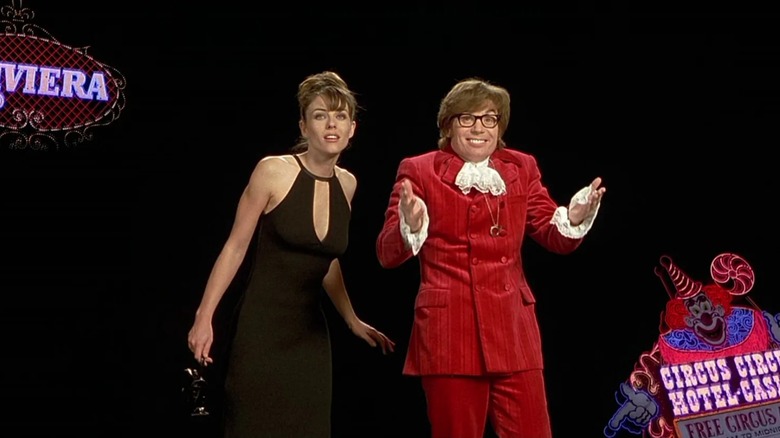 When it comes to on-screen characters, few are nearly as vibrant as Austin Powers. Fewer still can pull off the larger-than-life superspy’s careful balancing act: equal parts endearing and unapologetically cringe-inducing, there’s never a dull moment when Austin is around. But as flashy as the character might be, Mike Myers had just one quiet, touching thing on his mind when he dreamt up Austin Powers: his late father, Eric Myers.

It’s pretty common for parents to shape their kids’ tastes, and Eric Myers was no exception. As Mike would tell The Hollywood Reporter in 2017, his father played a large role in developing his own sense of comedy — and Austin Powers was meant to pay homage to that influence:

“After my dad died in 1991, I was taking stock of his influence on me as a person and his influence on me with comedy in general. So Austin Powers was a tribute to my father, who [introduced me to] James Bond, Peter Sellers, The Beatles, The Goodies, Peter Cook, and Dudley Moore. […] It was one of those things where I didn’t know if anybody would get this movie who didn’t grow up in my house. But when I showed [the script] to [director] Jay Roach […] he gave me 10 pages of typewritten notes. Everything he said made it better.”

Of course, even then, Myers’ homage still had a ways to go before it would become “Austin Powers: International Man of Mystery,” the first film in the now-beloved series. Several production studios passed on the project, and when New Line Cinema eventually signed on, they were reluctant to let Jay Roach officially join the party. Still, the studio eventually relented — and more importantly, they let the movie wear its heart on its sleeve.

The Name Is Powers … Austin Powers. 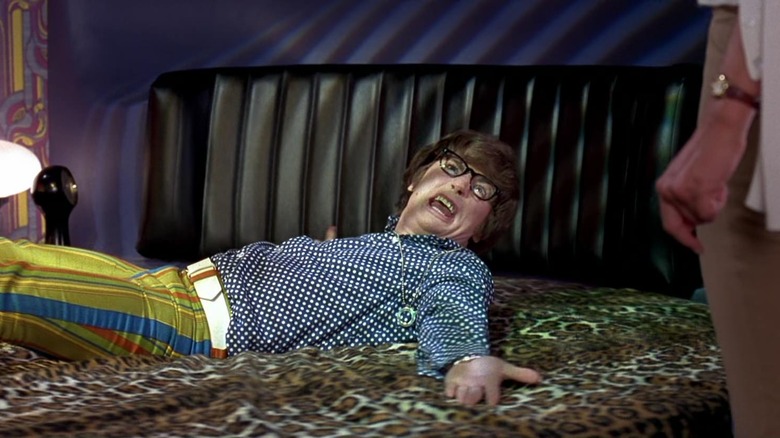 Of all the influences that Myers listed, James Bond is probably the easiest to identify in the Powers franchise’s DNA. From the flashy gadgets to the suave British superspy (or rather, the British superspy that thinks he’s suave), the “Austin Powers” movies feel like a playful parody of Eon’s Bond series. But crucially, the “Powers” movies limit themselves to poking fun at James Bond — they never ridicule the spy, nor do they belittle the series.

As it turns out, the respect was deliberate. Roach put it best when he told The Hollywood Reporter, “We never wanted to mock anything as a parody, but rather say we freaking love the look of those old films.”

Now, the “Austin Powers” movies might’ve avoided mocking, but they definitely had some fun pointing out the absurdities in their source material. As much as I personally love the Bond franchise, I don’t think I’ll ever get over one particular “Diamonds are Forever” scene where Bambi and Thumper, a scantily-clad tag team of she-goons, twirl around in an effort to beat Bond up. The ordeal is absolutely ridiculous, yet somehow not out of place in a Bond film. Likewise, the lingerie-clad fembots from the “Powers” movies poke fun at the sexy, murderous Bond girl cliché — though this time, they’re so deliberately ridiculous that you can’t help but laugh.

Before Austin Powers, There Was The Pink Panther 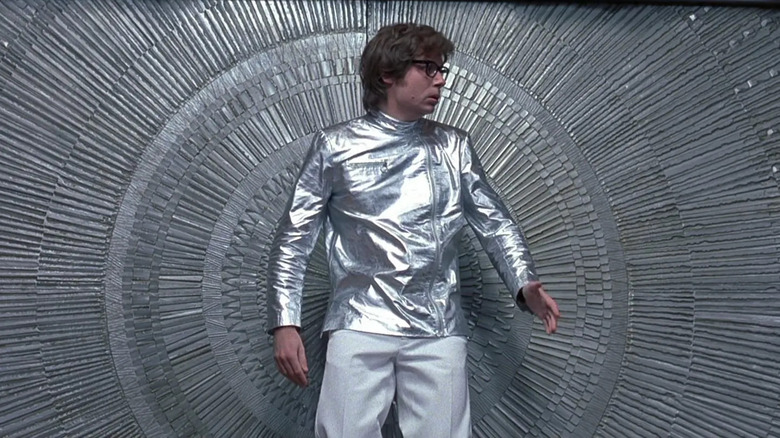 Curiously, the link between Austin Powers and James Bond all but mimicked the parallels between “The Pink Panther” and film noir. It goes without saying that the Peter Sellers comedy is goofier than a noir staple like “The Maltese Falcon,” but “The Pink Panther” nevertheless features — and lovingly pokes fun at — a lot of the elements that made the classic genre so great.

Like so many noir flicks before it, “The Pink Panther” sees a self-assured detective take center stage, but in Sellers’ parody, the detective is incompetent. Likewise, while the sensuous femme fatale might’ve once doted on the hero, she is reimagined as his adulterous wife. To make matters worse, poor Inspector Clouseau can’t catch a break: like in any good noir, answers are still hard to come by and the cards seem to be stacked against the detective.

At the end of the day, both “The Pink Panther” and “Austin Powers: International Man of Mystery” are such fun parodies because of their gentle, self-deprecating approach to handling the source material. The movies make just as much fun of themselves as the work they’re inspired by, and neither one thinks itself above the films it’s referencing. If anything, each joke seems to be fueled by a hearty dose of appreciation. Whether you personally love or hate the source material, it’s easy to laugh along — which, incidentally, is yet another way that Eric Myers influenced the “Austin Powers” franchise.

Eric Myers Made The Best Out Of Rough Situations 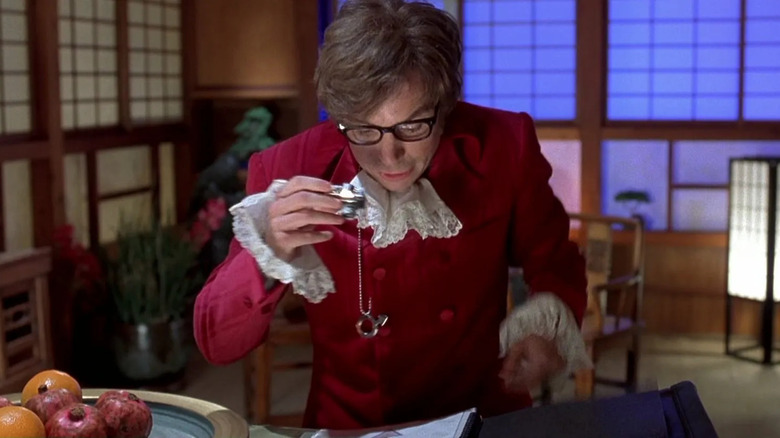 It takes a certain amount of grace to create a movie that simultaneously parodies a beloved series’ cliches and comes across as a love-letter rather than an attack. To pull it off, you need a knack for looking on the bright side. Fortunately, Eric Myers’ philosophy on life helped equip his son to create “Austin Powers.”

In Mike Myers’ 2015 Just for Laughs festival acceptance speech, the comedian reflected on the fact that his father insisted on the family finding humor in otherwise frustrating situations. The idea was perhaps best illustrated by Myers’ memory of a disastrous camping trip on government land:

“[…] while we were eating breakfast, we got crop-dusted by a plane spraying DDT. We stood there stunned, covered in white powder. Finally, my dad, in true Liverpool tradition, said: ‘Alright, how quickly can we find this funny?'”

Of course, looking for humor in a frustrating situation is much easier said than done. Still, it doesn’t seem coincidental that Mike Myers, who was raised to look for the comedic equivalent of silver linings, could eventually create a franchise that poked such loving fun at its influences. Myers may have thought of Austin Powers as a love letter to his father’s sense of humor, but Eric Myers’ sensibility likely made its way into the final product, too.

Read this next: The 95 Best Comedy Movies Ever