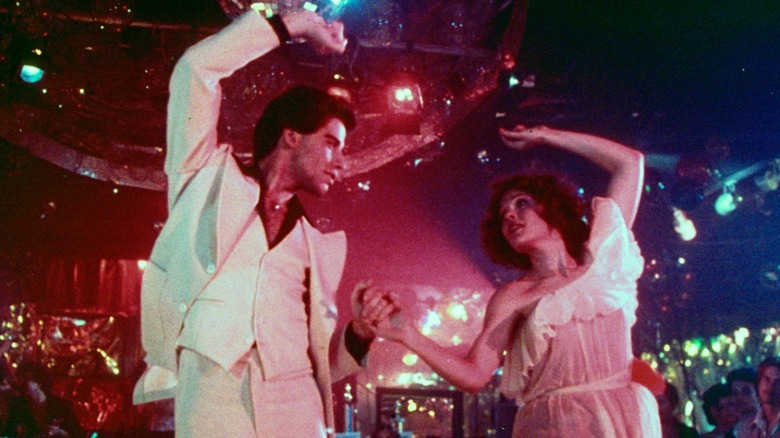 American show business lore famously suggests that few actors can make the leap from television to cinema. There are exceptions, like the occasional Bruce Willis or Clint Eastwood, but this jump, so memorably portrayed in “Once Upon A Time In Hollywood,” is one many actors have failed to land. But not John Travolta.

By the end of Travolta’s breakout years in the late 1970s, it’s hard to imagine anybody associating him exclusively with “Welcome Back, Kotter,” which premiered in 1975. The warm-hearted sitcom about a teacher returning to his alma mater to teach a group of remedial students, the Sweathogs, featured Travolta, who had then landed just a few small film roles, in a major role. There he played Vinnie Barbarino, an Italian-American kid whose good looks and magnetism made him wildly popular. But Travolta had his sights set higher than the constraints of a sitcom.

Stardom was in his sights. In 1976, he was set to play the lead role in Terrence Malick’s film “Days of Heaven,” but his television work was making it difficult for him to take time off. Malick, who had helmed the 1973 runaway lovers masterpiece “Badlands,” was set to make another great film with “Days of Heaven,” one any actor would be lucky to be involved with. Due to the contract of his television work, Travolta would have to decline this opportunity at a big break, in a movie that would one day be seen as one of the most photographically beautiful movies ever made.

For how disappointed he might have been at the time, he couldn’t have known that missing out on this movie would give him a perfect stepping stone to stardom. 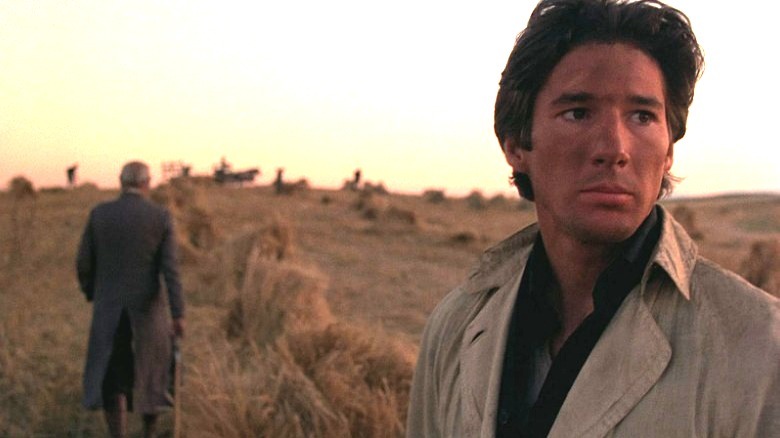 One thing that a young John Travolta couldn’t have foreseen is that “Days of Heaven” was not really conducive to furthering any kind of heartthrob status or movie stardom. Even if it features Richard Gere in a lead role (as Bill, the role that would have been Travolta’s), the movie does not really have stars in the traditional sense. Terrence Malick’s directorial debut “Badlands” gave meaty, eccentric, and attractive material to Martin Sheen and Sissy Spacek — but “Days of Heaven” was interested in something else.

Its saga of lovers plotting to steal a dying farmer’s fortune, viewed from the ambiguous perspective of a young child on the margins, becomes an almost mythic story when paired with the cinematographic talents of Nestor Almendros and Haskell Wexler. Rather than deal with the traditional dramatic rise and fall of its story, the movie is poetic, spending just as much time looking at the gorgeous landscape and considering the world’s indifference to human ego.

Through all of his movies Malick is studying that indifference. His characters have their backs against the wall and make plans, fall in love, die. The world remains, the march of time continues. Even when his movies feature big-deal movie stars, the specific characters seem to fall away in service of Malick’s larger philosophical interests. Because of all of that, the most indelible performance in “Days of Heaven” comes not from Richard Gere or Sam Shepard, but from the teenage, disinterested Linda Manz, whose funny, profound voiceover, which came late in the movie’s extensive editing process, became foundational.

If Travolta had gone to Montana to film the movie, he might have been disappointed by the final result.

Waiting On A Break 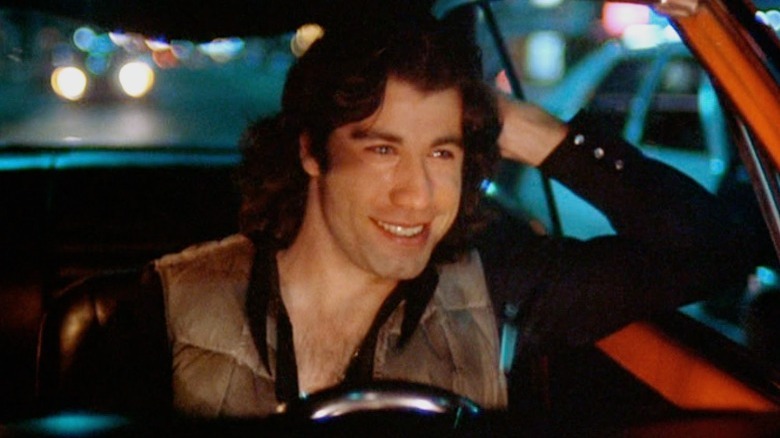 As John Travolta would recall in a Vanity Fair retrospective on the film “Saturday Night Fever,” this particular setback was damaging to his morale. He asked himself the standard aspiring actor question: “Will I ever get my big break?”

By the mid-70s, when “Days of Heaven” pre-production began in earnest, Travolta had yet to appear in a major hit. His television work up to that point wouldn’t have inspired much confidence, and his small but memorable performance as a bully in Brian De Palma’s “Carrie” had yet to be unveiled to the public. Of course, by the time “Carrie” came out, Travolta’s name would be just underneath star Sissy Spacek’s, whose own hunger and dedication for the role became the stuff of Hollywood legend.

With his television contract preventing him from starring in “Days of Heaven,” he was forced to make lemonade out of lemons. The major shift for Travolta was not in the presumed “big break” of a Terrence Malick movie, but in the Fall television season of 1975, with “Welcome Back, Kotter.” As meathead leader Vinnie Barbarino, the actor was given the chance to be charming and funny, beamed into the loving homes of viewers across the nation. His face would get slapped onto lunch boxes, his arrival in front of studio audiences would see cheers.

According to the Vanity Fair article, he was also inspiring 10,000 letters of fan mail to the network every week. 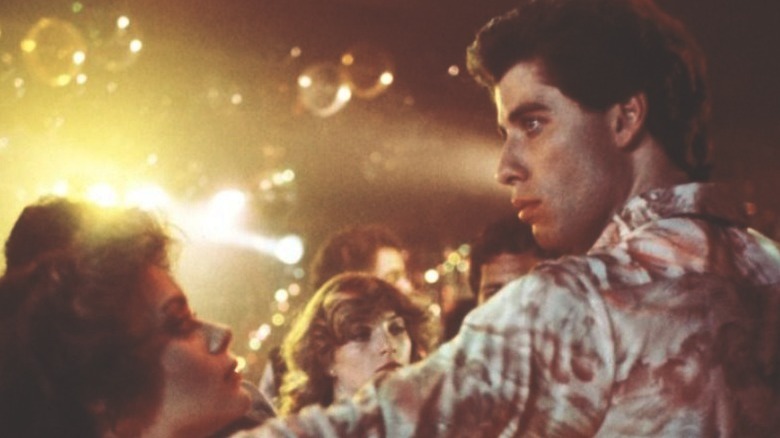 As he was blowing up on television, John Travolta also found success in music with his 1976 cover of Gary Benson’s “Let Her In.” And his big time film debut, something beyond the limits of his smaller roles and television work, was on the way — it just wouldn’t be “Days of Heaven.” In fact, that movie’s editing process took so long that it wouldn’t come out until 1978, nearly two years after the initial filming ended, and budget overruns and muted critical praise led to it being seen as a failure.

It’s easy to imagine Travolta in the role of Bill, eventually played by Richard Gere. The character is nervy, edgy, and scheming, but with a gleam in his eye. But, it wouldn’t have been the star-making turn Travolta received with the 1977 rough-edged disco classic, “Saturday Night Fever.” That movie combined Travolta’s charm, musical sensibilities, and a more realistic take on the New York Italian-American character type the actor had mastered on “Welcome Back, Kotter.”

Even though Travolta’s getting cast in “Saturday Night Fever” now looks like an obvious choice, it was difficult for studio executives to wrap their head around it at the time. They even worried hiring Travolta would make them a “laughingstock.” By the end of the decade, his film roles would eclipse his television work.

Travolta would eventually get the chance to work with Terrence Malick in his next project, the 1998 World War II film “The Thin Red Line,” a beautiful, sprawling, poetic film starring nearly every male lead in Hollywood. He’s in it for about two minutes. “Days of Heaven” may not have given him his big break, but “The Thin Red Line” was something of a victory lap.

The post Missing Out On Terrence Malick’s Days Of Heaven Worked Out Well For John Travolta appeared first on /Film.