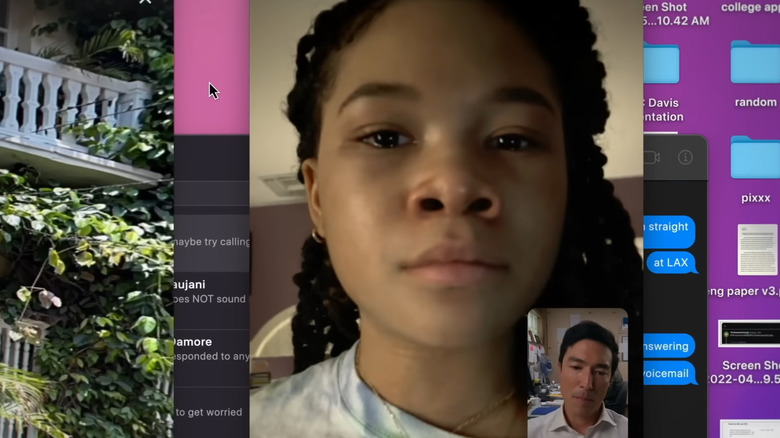 Where found footage was once a revolutionary format for the digital age, our constantly rotating world is now looking to the internet for its innovation. The “screenlife” subgenre has mostly been seen through the lens of horror movies like “Unfriended,” “Host,” and “The Den.” But it was director Aneesh Chaganty’s “Searching” where it felt like I was watching something new being born. In screenlife, computers are not only used for the narrative sake of an investigative thriller, but to tell us more about the characters within. An invisible camera guides the eyes of an audience to where it needs them to be, utilizing the conventional methods of filmmaking for a new kind of cinematic language.

“Searching” feels extra special when the people watching it within its specific era are able to understand the intricacies of going onto a certain website, or opening up an app. I’ve really started to fall for this new kind of storytelling, which made me even more excited for its sister sequel, “Missing.” It’s a tough act to follow, especially with Chaganty’s absence in the director’s seat, but “Searching” editors Nick Johnson and Will Merrick have created a worthy successor with its own clever tricks.

Chaganty did, however, return as a producer and co-writer to guide the duo’s feature directorial debut into motion. Speaking with Cinema Daily US, Chaganty explained that there was an uphill battle with making the form feel new, given that most of our screens largely share the same interface: “It was a huge concern that this movie wouldn’t look and feel any different from ‘Searching.'” Luckily the “Missing” crew found a fresh, new perspective in the story’s young lead. 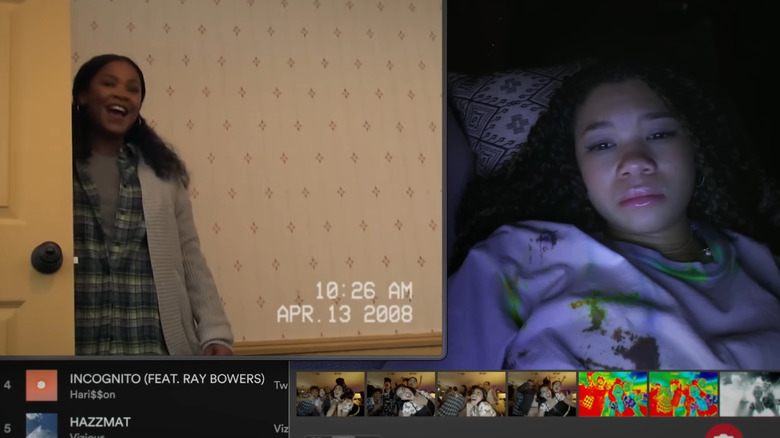 In “Missing,” our protagonist is not a worried father (Cho) finding his online footing, but teenager June (Storm Reid), who launches an online investigation after her mother Grace (Nia Long) doesn’t return from her Colombian vacation. According to Chaganty, it was producer Sev Ohanian who initially thought of the angle to reverse the roles (via Cinema Daily US):

“We realized that there’s so much energy and excitement in that approach, because the way that a teenager uses a device is completely different from the way John Cho in ‘Searching’ would have done it. He was going into the foreign land that was the internet.”

The rhythm of “Missing” is much different from how it’s presented in “Searching,” as the new perspective allows for a greater scope. No longer are we solely attached to a computer screen, but to phones, apps, and news reports. It helps that Johnson and Merrick were editors during the first go, as they know how to push the aesthetic boundaries. Like any teenager using multiple devices, June’s online fluency presents more of an opportunity to keep up with so much all at once. She’s able to think on the fly. “Our protagonist is now a teenager, so everything is happening way quicker, we’re not teaching people anything,” says Chaganty.

By having Reid front and center, she becomes a much more relatable figure for a younger audience to latch onto. We come to know about June during her determined online search, in addition to what she doesn’t type, which makes her an interesting character to follow. In that case, “Missing” gives a new name to the digital footprint that most folks don’t get to see.

The post Missing’s Crew Knew It Needed Something To Set It Apart From Searching appeared first on /Film.